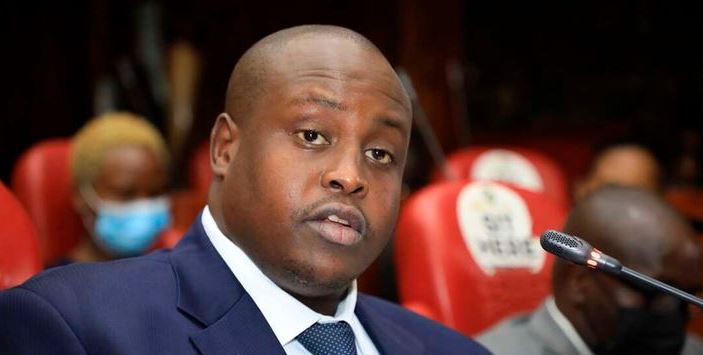 The Energy Act, 2019, created the Consolidated Energy Fund to among other things serve as a mechanism for price stabilisation. What is the status of the fund? Veska Nafula, Bungoma

Section 216 of the Energy Act, 2019, provides for the establishment of the Consolidated Energy Fund to cater for energy sector disaster mitigation and response; hydro risk mitigation, operations of the agency and promotion of renewable energy initiatives among others.

The cabinet secretary is in the process of developing regulations to govern the operationalisation of the fund.

The Petroleum Development Order of July 10, 2020, provides the mechanism for the stabilisation of local petroleum prices in instances of spikes occasioned by high-landed costs. This fund has been put into use since April 2021, a period in which Kenyans have enjoyed subsidised pump prices consistently. To this end, the prices in Kenya remain the lowest in the region with the current applicable subsidies of Sh29.08 for super petrol for April to May, Sh40.24 for diesel, and Sh26.45 for kerosene.

Can the fuel subsidy hold bearing in mind the rising cost of oil globally and opposition to the programme from international financiers? Dan Murugu, Nakuru City

While subsidies are known to create price distortions and are deemed to introduce inefficiencies in the economy, they are implemented even in mature markets to cushion consumers against sudden economic shocks and market imbalances. In this scenario, Kenya was recovering from the Covid-19 pandemic when the Ukraine-Russia war erupted to aggravate the situation.

The economic impact of these two events has been significant, leading to unprecedented increases in the landed cost of imported petroleum products. In addition, the shilling has weakened against all international hard currencies further affecting the end-user prices of petroleum products.

The Petroleum Development Levy, which is meant to stabilise domestic prices against such circumstances, has been inadequate to cushion Kenyans. The government thus re-allocated direct budgetary resources to compliment the levy. It is noted that subsidies are temporary interventions in an imperfect market environment to allow economies to adjust to crises and are applied sparingly where the alternative would cause too much socio-economic instability.

Epra believes that the benefits arising from the current subsidies far outweigh the costs and accordingly, the government may implement them until such a time when Kenyans are able to reasonably cope with the existing crisis.

As demand for renewable energy grows, there is concern over the proliferation of substandard solar PV products in the market. Can Epra and the Kenya Bureau of Standards (Kebs) clean up this mess? Ongeri Abuga Dominic, Nairobi

Epra is an active member in the technical committees established by Kebs for the development of standards, including for solar PV. Through the Renewable Energy Technical Committee, standards on solar PV components and systems have been developed and adopted. To enhance compliance to the standards, Epra adopted the standards in the draft Energy (Solar Photovoltaic Systems) Regulations, 2022, that are being finalised by the Ministry of Energy.

For years, Epra has treated the large oil marketing companies (OMCs) with kid gloves, failing to act on their transgressions, especially when they overcharge small retailers leading to fuel crisis as it happened recently. When will this circus end? Albert Muriuki, Ridgeways

OMCs and petroleum retail dealers are licensed by Epra under the Petroleum Act No. 2 of 2019 and are subject to the conditions of their licences and all other applicable laws. Epra does not hesitate to take stern legal action on companies or persons found in breach of the licensing conditions. Epra has already written show-cause letters to 12 OMCs, who were found in breach of various licensing conditions that may have led to the supply crisis recently witnessed. A multi-agency team comprising Epra, and other government enforcement agencies is at an advanced stage of investigations with the view of preferring charges to culpable companies.

However, it is important to note that the recent crisis arose from the relationship between OMCs and independent/non-franchised dealers. OMCs were exporting more products over and above the normal quota resulting in less supplies to the independent dealers. Where such supplies were on offer, they sold at exorbitant prices.

This impasse has, however, been resolved and the independent dealers have now been guaranteed a quota in two import cargoes (113 million litres of super petrol and 104 million litres of diesel) that will be fully dedicated to the local market. The super petrol cargo has already discharged whereas the diesel one is expected to commence in a couple of days. Epra notes that the independent petroleum dealers are now highly organised through associations such as the Petroleum Outlets Association of Kenya and the Kenya Independent Petroleum Distributors Association. Such formal groupings will enhance petroleum import planning hence streamline supply. The leadership of the associations are now invited to all supply meetings during import planning.

The relationship between OMCs and franchised petroleum retail station dealers is contractual in nature and since such contracts are negotiated and signed without Epra’s knowledge or input, it becomes difficult to intervene especially where one of the parties reneges on the terms of the contract. Epra has, however, in the past acted as a mediator on complaints regarding such contracts but where they escalate to disputes, the parties have always been advised to seek arbitration or redress in courts.

Why was National Oil Corporation of Kenya (Nock) unable to rescue Kenyans during the recent fuel crisis? Komen Moris, Eldoret

Certainly, Nock can play a critical role in ensuring stability of supply of petroleum . However, it currently faces several financial and operational challenges that are being addressed by the government. In order to enhance Nock’s capacity in the local supply chain, Epra has developed the draft Petroleum (Importation) (Quota Allocation) Regulations, 2022 that provide a guaranteed 30 per cent quota to Nock for all imports of super petrol, diesel and dual-purpose kerosene. The draft regulations were published in February and will be put through a rigorous public participation process until June.

There is the never-ending issue of rampant theft of fuel at depots. Retailers have suffered long enough in the hands of the OMCs, yet nothing seems to be done. When will Epra step in to save us from losses? Nairobi dealer

Epra has written to the Department of Weights and Measures in bid to harmonise the measurement method between the loading depot and the retail station. The current method used where the loading depot uses meters whereas the receiving retail station uses dip sticks in the determination of volume has been found incompatible and subject to malpractice. Epra is also currently undertaking a study at select retail stations to determine the actual quantum of loss when the two methods are used. Epra would prefer that all delivery trucks are fitted with calibrated meters and that retailers pay for the volumes delivered especially where own collection is not allowed.

The relief from the recent reduction of electricity bills by 15 per cent has been wiped out by the rising fuel prices. How can Epra ensure that consumers continue enjoying the benefit? Ephraim Mutuku, Kitengela

Despite the increasing fuel prices and the depreciating shilling against the US dollar, there has been no change in the fuel energy charge and forex adjustment in the consumer bills from January to April . This is in line with the government’s commitment to effect and sustain the 15 per cent reduction on tariffs issued in November 2021. The government through the Ministry of Energy is also spearheading the renegotiations of the Power Purchase Agreements between Kenya Power and power generators. The resulting benefits will be passed on to the customers when they happen.

Epra’s Mid and Downstream Draft Petroleum Regulations, 2020 have never been validated by industry players. When do you plan to validate and gazette them? Dan Murugu, Nakuru City

The draft regulations are now at an advanced stage of approval and will be subsequently gazetted.

For causing fuel shortage, slashing the allocations to oil marketers that caused Kenyans a lot of pain is not enough. There should be stiffer penalties? Barnabas Owuor, Homa Bay

Slashing capacity allocation which has already been undertaken, is just one of the measures. A separate process involving enforcement agencies is ongoing and where any company will be found in breach of the licensing conditions, stern action not limited to license revocation and prosecution will be taken.