Ukamabani leaders allied to the Azimio La Umoja OKA Coalition have urged Kalonzo Musyoka to rejoin the political movement for the benefit of their region.

Ngilu said by running for the presidency on his own, Kalonzo would split votes in favour of their rivals. 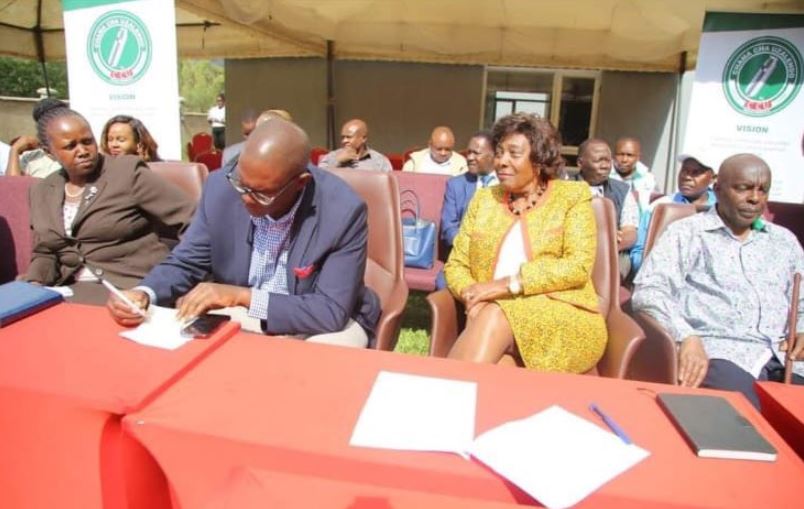 Governor Kibwana added: “We are in Azimio, the community is in Azimio, please come to Azimio when there is time so that we can work together because we want the community to be part of the win after Baba unveils the teams campaigning throughout the country.”

“It is clear from the #AzimioLaUkambani Leaders meeting hosted Tuesday afternoon in Machakos that our people are simply not boarding the FANTASY TRAIN TO NOWHERE being driven by personal interests at expense of the community! The Kamba Nation must & will be in the @RailaOdinga Government,”Nzioka tweeted.

He added: “The position of Chief Minister where 20% of Cabinet and government appointments, 1500 km of road infrastructures, new dams and water pipelines, three Level 6 hospitals, is just a small part of what was offered by Raila Odinga to Ukambani. These promises are not Kalonzo’s property to walk away with on our behalf.”

Raila Reveals Plan to Address Housing Shortage if Elected President < Previous
Ezekiel Mutua Defends Raila Against KECOBO As Sauti Sol Vow to Sue Azimio Next >
Recommended stories you may like: