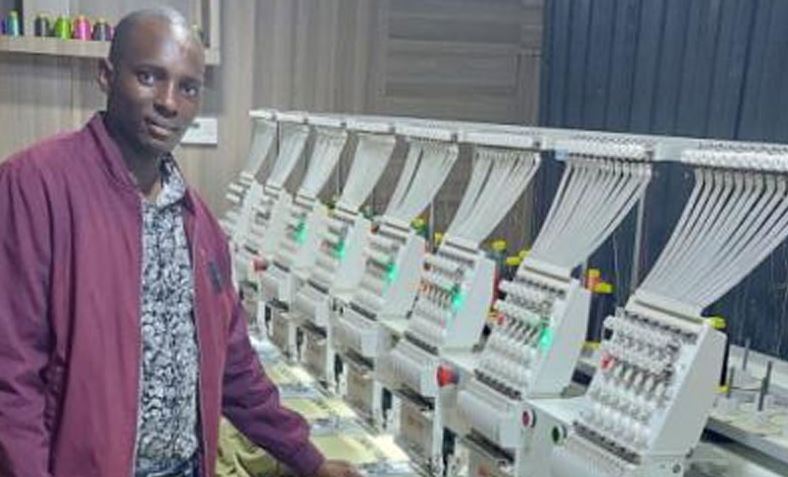 Mwenda Kinyua, 30, runs a textile business that trades as Mutindwa Emporium in Meru town. He started the business after working in a school uniform shop and invested Sh40,000 capital.

Kinyua shares more about his ‘hustle’.

After high school, I did lots of menial work to survive and was at the mercy of employers. One time I was employed as a private school teacher but lasted only one school term owing to measly pay.

I later worked as an attendant at an Asian’s shop dealing with glassware but quit due to low pay to work at construction sites. But my lean frame wasn’t made for such strength-sapping work.

I was then lucky to land in a school uniform shop in Meru town.

Did you get a business idea from the last job?

I would say that employment taught me important lessons. I was employed for seven years serving customers and this opened my eyes that I could do the same but in my place.

How did you raise capital?

Capital came from savings during the seven-year stint in employment and topped with borrowing from a relative. I began with around Sh40,000 as seed capital. That was four years ago. Mutindwa Emporium deals with the making of school uniforms, curtains, workplace attire and branding of assorted merchandise such as company uniforms and caps.

Who are your clients?

We deal with schools, companies and institutions of higher learning, among others. Some politicians can make the business generate extra income for a while by having branded campaign materials such as reflector jackets, caps and T-shirts during the campaign season.

Two years back, schools closed for six months owing to Covid. How did the business cope?

We took a hard hit given that we rely on schools. I approached big companies for tenders to supply their workers with dust coats, overalls and such wear. That is how we managed to ride through the storm until schools reopened.

I Started Motorcycle Spare Parts Business With Ksh50k < Previous
Hustle: I Started Agrovet Business with Sh60,000 Capital Next >
Recommended stories you may like: