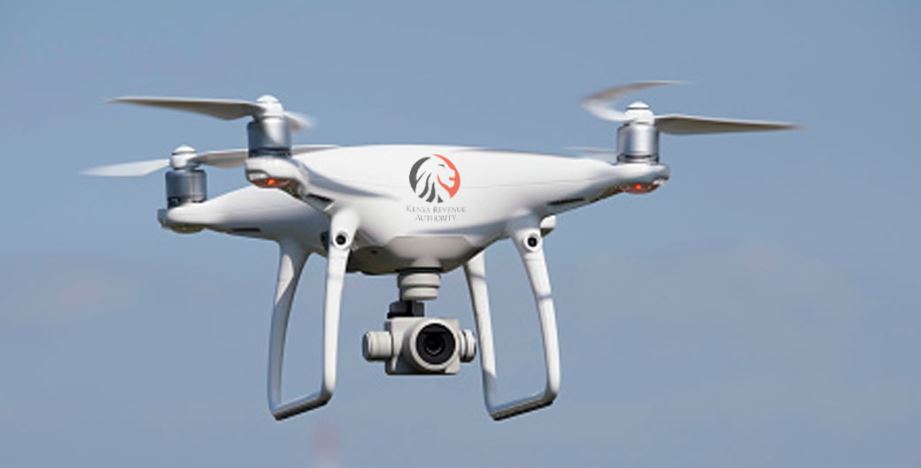 The Kenya Revenue Authority (KRA) has announced plans to use drones to boost tax surveillance of businesses.

The taxman plans to buy two high-end drones for aerial surveillance and has since invited bids from drone operators.

The move is seen as an attempt by KRA to keep up with other tax agencies around the world who use drones to catch tax cheats.

The unmanned aircraft systems can also be used to determine whether property owners have correctly valued their land and homes for the purposes of taxation.

The drones will be part of the new and modern tax surveillance technology that KRA has adopted to boost revenue collections.

CCTV cameras on the other hand will relay data in real-time, guaranteeing KRA round-the-clock information on the operations of manufacturers to curb tax evasion.

KRA expects the technology to complement the existing Excisable Goods Management System (EGMS) that facilitates tracking stamps on excisable goods along the supply chain to account for payment of taxes.

Additionally, the taxman said all electronic tax registers (ETRs) machines are required to be connected to its systems for monitoring daily sales.

The two systems will give KRA a view of goods as they leave the production line to the point of exchange between retailers and consumers collecting what is due at each point along the supply chain.

Raila Joins Kenyans in Sympathising With Naivas Shoplifter Fined Sh100K For Stealing Sh3100 Foodstuff < Previous
Everything Trending in Nairobi This Good Friday Next >
Recommended stories you may like: