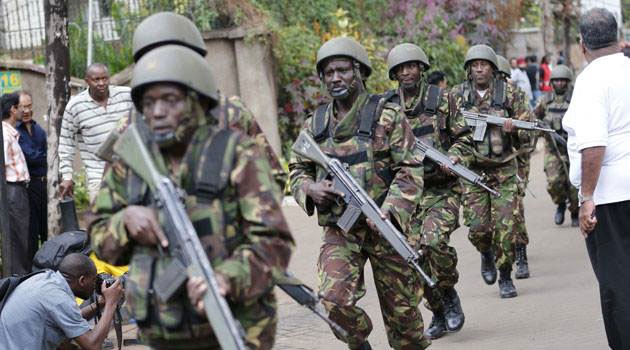 The Kenya Defence Forces (KDF) are the armed forces of the Republic of Kenya, established by Article 241 of the 2010 constitution. Its operation is governed by The KDF Act of 2012 and is administered by the Ministry of Defense.

Many Kenyans are curious to know the functions of KDF, how to join KDF in Kenya, KDF ranks, and KDF salaries. These are discussed below:

What are the functions of KDF in Kenya?

1. The main function of KDF is to protect the territorial integrity of Kenya by repelling any external attacks
2. Provide aid during emergencies such as floods, fires, and earthquakes
3. Help in nation-building activities such as the construction of bridges in inaccessible areas
4. They are deployed in peace-keeping missions to other countries experiencing war
5. Entertain people during national holidays

How to join KDF in Kenya: Requirements for joining the armed forces of Kenya

Do you have a dream of protecting your country and offering service to citizens? Here is the guide on how you can join the armed forces of Kenya and make your dream come true.

1. You must be a Kenyan citizen by birth and not a holder of dual citizenship
2. Must be 18 to 26 years for general service recruits and cadets and not above 39 years for religious leaders such as reverends, imams, and chaplains
3. You must have attained a minimum of a D in the Kenya Certificate of Secondary Education (KCSE) examinations
4. You must pass physical and medical tests as per KDF standards
5. Have a clean criminal record and not have been convicted for any offense 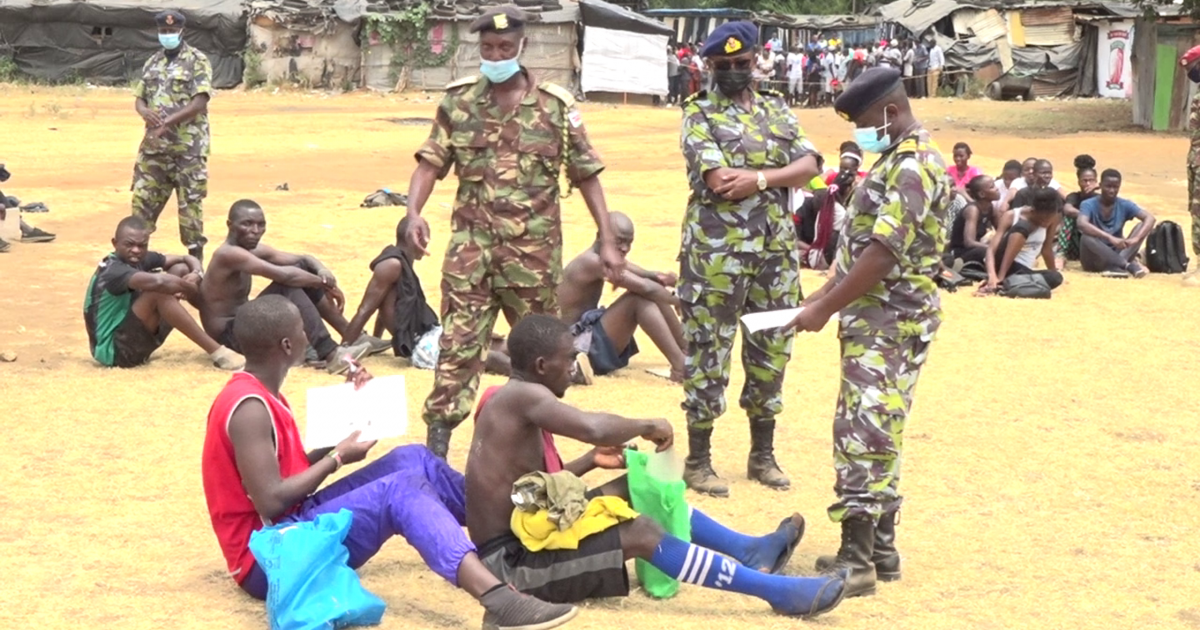 How long does military training take in Kenya? After passing the recruitment process, successful recruits are taken for six months of foundational military training before being enlisted in KDF and awarded ranks.

Military ranks are the hierarchical relationships that define respect, dominance, and authority. Ranks depict the power of a military officer.

These are recruits who were enlisted with a high school certificate in Kenya. They have no specialty, and thus, they train as servicemen, and they are the ones who are mostly deployed to missions.

Here are their ranks from the lowest to the highest:

This is the lowest rank one attains after completion of phase 1: six months of foundational military training at a training school.

Being the junior-most rank, privates have no military insignia (badge) until they attain the rank of a corporal.

This rank is attained after completion of phase 2 training and three years in service.

One is promoted to senior sergeant after two years of being a sergeant. This rank calls a responsibility of a whole troop of 120 soldiers and their military equipment.

This rank is earned based on performance as a senior sergeant. Their badges are displayed on the right wrist. They report to the Major in command of a sub-unit and are heads of a troop of 120 soldiers.

After 18 years of outstanding service, one can be elevated to warrant officer I, a senior rank in the non-commissioned officers’ category, managing a platoon of 650 soldiers and equipment.

Commissioned officers are army officers with a specialty and were enlisted based on their areas of expertise as indicated on their post-secondary certificate. They are tasked to train and lead enlisted officers. They usually receive their training at Kenya Military Academy (KMA) in Nakuru.

Here are the commissioned officers’ ranks in Kenya from lowest to the highest:

This rank is earned just after graduating from KMA in Nakuru. It is the junior-most rank among commissioned officers.

This is a temporary rank for army officers who have served as cadets for two years. This position lasts for three years while they undergo specialized training for the next promotion. They lead a troop of 30 soldiers.

One becomes a lieutenant after 3 to 5 years of exemplary service. Lieutenants are officers with specialized skills in their respective units.

After six years of service, the Captain’s rank is earned. They are in charge of a unit with 120 soldiers, are part of the decision-making team, and oversee the maintenance of equipment.

To be a Major, one has to have the capability of being a leader and have a proven record of decision-making skills after 8 to 10 years in service. A Major commands a sub-unit and a general camp of soldiers.

Lieutenant Colonel is one of the highest ranks of commissioned officers. They receive reports from the Lieutenants and are in charge of their sub-unit composed of over 120 soldiers.

Colonel is a KDF officer who offers staff support. It is the lowest staff rank as they report to senior officers above them. Colonels serve as operational officers in the KDF hierarchy.

This is the senior field officer commanding a brigade. Several battalions make up a brigade, and a brigade can consist of over 1,000 soldiers.

A Major General is a two-star General legible for promotion as a service commander.

Major Generals convene senior staff appointments and are in charge of KDF promotions.

A Lieutenant General is in charge of the army corps and serves as a high commander.

General, Chief of Defence Forces or four-star General is the senior-most rank in the KDF. This position is held only by one person appointed by the President. They serve a single term of four years.

All KDF officers are paid every month, but the amount of money received depends on ranks and military experience (years of service). Their salaries are reviewed by the Salaries and Remuneration Commission (SRC) every four years.

New recruits are paid Ksh7, 172 while undergoing their training. After the completion of training, they will now be given ranks and awarded salaries based on those ranks. Here are the latest KDF salaries in Kenya:

How To Get a Boda Boda Loan in Kenya < Previous
How To Check Your CRB Status in Kenya Next >
Recommended stories you may like: