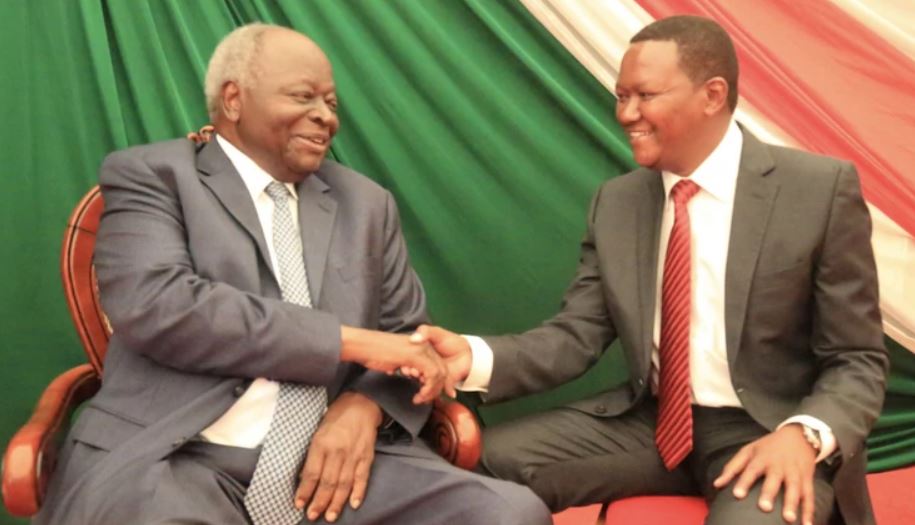 Machakos Governor Alfred Mutua has revealed what he will miss the most about former President Kibaki, who died last week Thursday, April 21 at the age of 90.

Mutua served under Kibaki as the first official government spokesperson from 2002 to 2012. During this time, the two interacted frequently and developed a closeness.

Speaking on Citizen TV, Governor Mutua said he was dejected by the news of Kibaki’s passing. He said he had planned to visit the former Head of State but he was out of the country.

“I will miss his honesty, his straightforwardness in politics. He always said that he was not perfect, he knew mistakes were made during his administration but a lot of success was achieved.

“I was very sad when I heard he has died… because I was planning to go and visit him because he was not feeling well. I was actually in Australia when he passed away and I will miss him because he believed in me and encouraged me because he saw that I can be something in this country,” Mutua said. 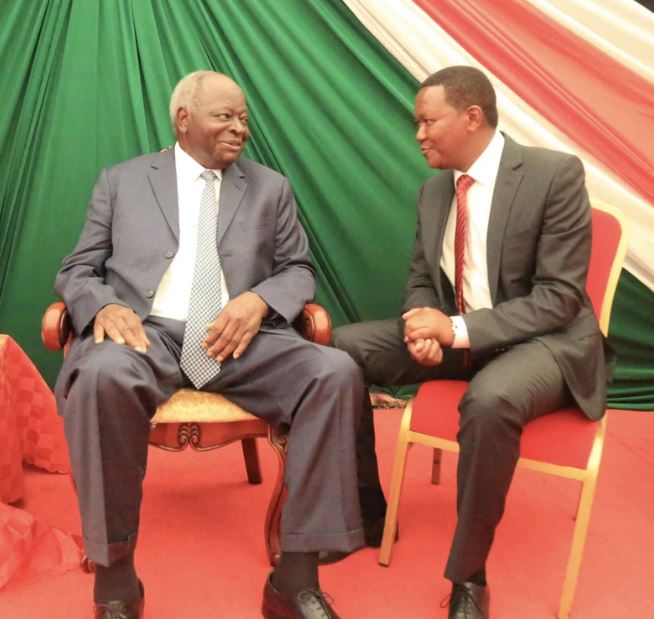 The Maendeleo Chap Chap said also revealed that Mwai Kibaki hugged him on two occasions. The first time was when Kibaki appointed him as a government spokesman.

“He gave me a hug that first time (hired) and the second hug he gave me was when I told him that I was going to quit and run for Machakos Governor. He was so happy and he stood up and he came to me and gave me a bear hug. He was like, the feeling you get when you feel your child has made the right decision,” Mutua narrated.

The Machakos governor added that Mwai Kibaki accompanied the hug with a briefcase with cash.

“The following day as we were leaving after the State of the Nation address, he asked me to remain behind and he went behind his desk and gave me a briefcase with money. Several million shillings saying it was from Mama Lucy and him for my campaign. My first donation was from Kibaki, he did not just give me a hug, he supported the hug with several millions. He gave me money that one I have to say it. I won because Kibaki supported me from the word go because he thought I was going to be a good Governor,” the Machakos Governor opined.

Mutua concluded his tribute by sending condolences to the Mwai Kibaki family.

“I want to pass my condolences to the family, Judy, Jimmy, David, and Anthony, their family members, their spouses, their children, and the entire Kibaki family. It’s a big loss, we served him well and no family member interfered with how we run the government,” Mutua said.

Everything Trending in Nairobi This Thursday < Previous
Foreigner Killed in Nairobi Robbery Incident After Night Out With Girlfriend Next >
Recommended stories you may like: