‘We’re Swimming in Money’: How Much Ruto’s UDA has Earned in Nomination Fees 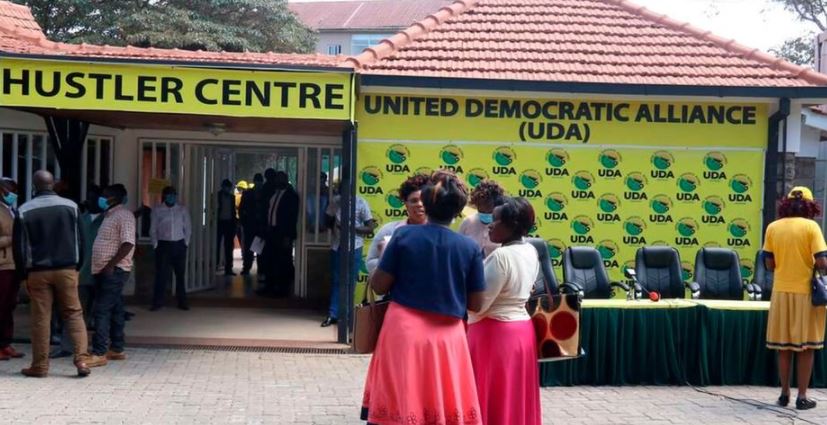 We are swimming in money!

Those were the words of William Ruto’s frontman in the Mt Kenya region, Mathira MP Rigathi Gachagua, as their UDA party received hundreds of millions in nomination fees.

According to media reports, the United Democratic Alliance (UDA) has received over 5,000 aspirants, fetching more than Sh350 million.

UDA gubernatorial aspirants paid Sh500,000 each for male candidates and Sh250,000 for the youth and female candidates translating to about Sh27 million.

Senatorial aspirants cumulatively brought in Sh16 million at Sh250,000 for male candidates and Sh125,000 for their female counterparts.

Reportedly, UDA has 65 contestants in gubernatorial races, 80 for senatorial seats and 98 woman rep hopefuls. There are 4,213 civic aspirants and 599 gunning for parliamentary seats.

“The scramble for the ticket is in Mt Kenya, Rift Valley, Coast, Eastern, Western and major urban areas like Nairobi, Mombasa and Nakuru. On average, there are eight aspirants for one MCA ticket in Mt Kenya and urban areas,” a UDA source told the publication.

By Tuesday, Kiambu County had the highest number of aspirants in Mt Kenya region who have paid the nomination fees. The number stood at 327, UDA National Election Board chairman Anthony Mwaura said.

Mathira MP Rigathi Gachagua said UDA was targeting more than 200 MPs in the next Parliament. He expressed confidence that their aspirants would claim victory in the August 9 polls.

“All the aspirants who will win in the mountain are in UDA. We are swimming in money. The Hustler Centre is working round the clock to process the list. We even had to extend the deadline because it would have been unfair to lock out people,” Gachagua said.

UDA will hold its nominations between April 9 and 16.