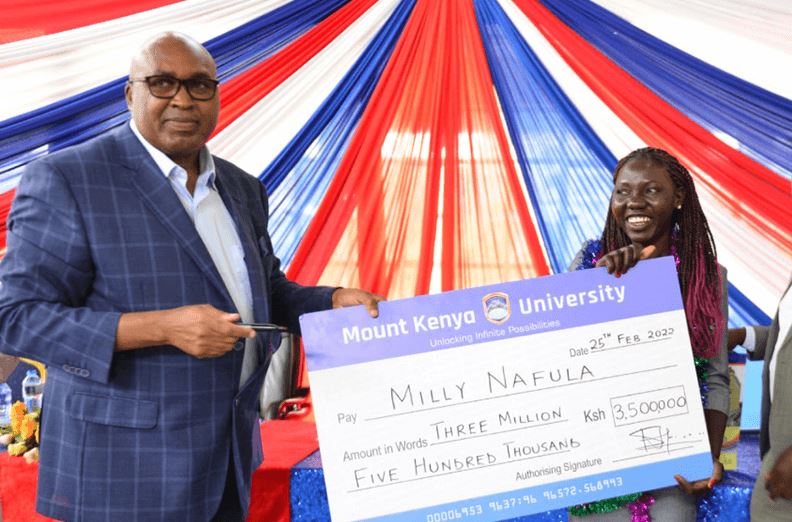 A 32-year-old mother of two who couldn’t pursue her university education despite scoring an A- in KCSE in 2007 has received much-needed help.

Milly Nafula told her story on a Citizen TV feature that aired on December 7. The former student of Manor House High School said after KCSE, she did not receive a university placement and her efforts to follow up on the matter bore no fruit.

“I went to the principal (her high school) to raise the issue and I was told that the school had not received any letter from the joint admissions board.

“I was also advised to go to Nairobi to ask about the matter but because I could not raise the fare, I wrote a letter to the board through the District Officer in Kitale in 2009. He sent the letter but there was no response,” she told Citizen TV back then.

Milly resorted to working casual jobs to support her siblings after their mother died in 2012. 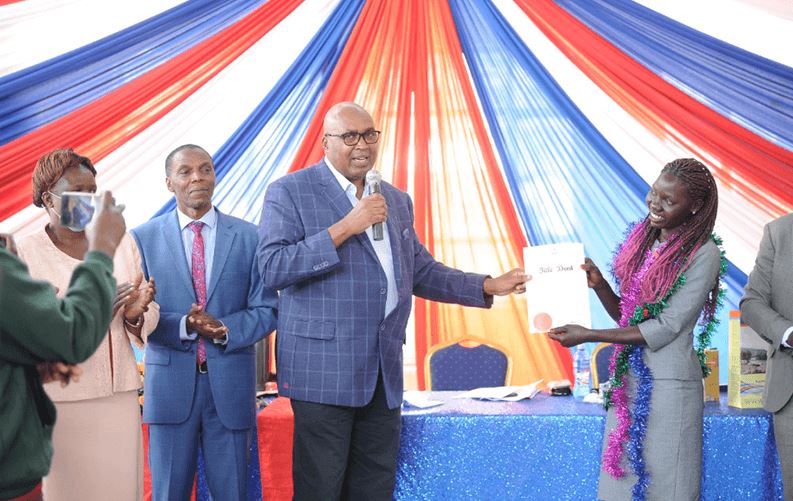 “I was touched when I saw her story on TV. I asked myself, how can we as Kenyans allow her to stay at home for so many years just because she was not admitted to a university.

“I would like to inform this congregation that we will give a scholarship to her. This will enable her to actualise her dream,” he said last December.

On Friday, February 25, Prof Gicharu fulfilled his promise and offered Milly Nafula a scholarship worth Sh3.5 million. This will cater for her degree in Bachelor of Surgery and Bachelor in Medicine at Mount Kenya Uni, accommodation, and book expenses.

“We are committed as an institution and I have been assured by the university, and Equip African College, that we are going to do everything possible to ensure that indeed we offer quality education to her,” Gicharu said.

Additionally, the MKU founder gifted Nafula a piece of land and a furnished two-bedroom house in Chereng’any, Trans Nzoia County.

Nafula, who had been working at a posho mill, vowed to make the best out of her silver lining for her and her family.

“I thank God for this day and I thank the university chairman for extending a helping hand to me. I promise to walk in his footsteps to assist other needy cases once I am done with studies,” she said. 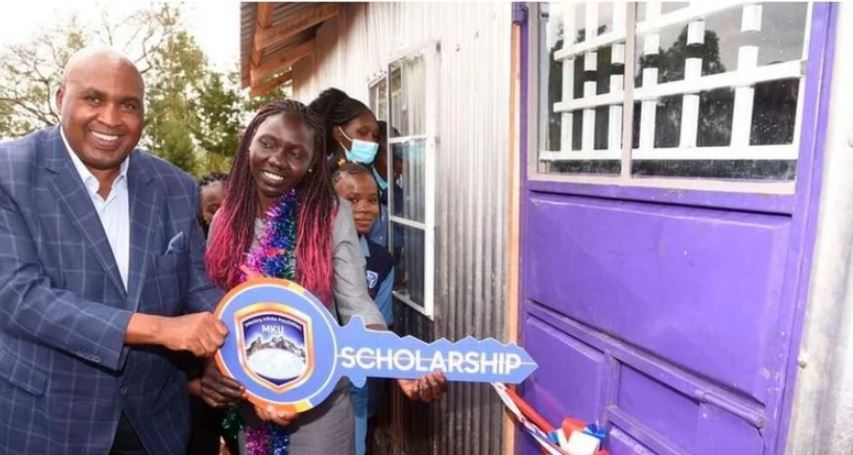 This is What’s Trending in Nairobi Today < Previous
Waititu Loses Bid to be Reinstated as Kiambu Governor Next >
Recommended stories you may like: