Kalonzo: It Was Raila Who Called Me a Watermelon 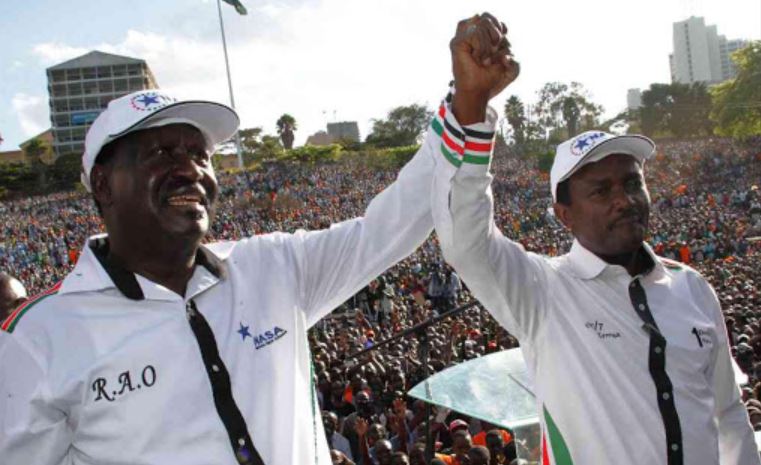 Wiper Party leader Kalonzo Musyoka has spoken out about his political tag ‘Watermelon’ revealing that it originated from Raila Odinga.

Kalonzo has carried the Watermelon tag for years over his perceived indecisiveness in the political field.

Speaking during an interview at his Tseikuru home on Monday, Musyoka said he didn’t have an issue with his political nickname since watermelon is good fruit.

“It was Raila who gave me the watermelon tag but there is no problem. He is my brother and it’s a beautiful fruit by the way,” he said.

The former Vice President noted it is unfair to be viewed as an indecisive person, saying it’s his democratic right to make his own decisions.

“When it doesn’t suit them I become a watermelon. This country wasn’t made to suit the aspirations of few people, we all belong to Kenya,” he said.

Kalonzo, who had earlier declared he would be the most foolish person to support Raila for the third time, said he would support the ODM leader 20 times.

“I said for the third time, now if people asked me if I would support Raila Odinga 20 times I would, I will if that’s what it would mean to keep this nation together,” he said.

Mr Musyoka explained his decision to back Raila for the Presidency was a selfless move, not a bargaining chip.

During the interview with KTN News, Kalonzo said they were yet to discuss the running mate position.

“Discussions on running mate did not take place. The discussion was about what was in it for Kenyans. Some of us are selfless. We did not go in it for personal gain,” he said.

Nairobi City County on the Spot for Hiring Most Staff from One Tribe < Previous
Murathe: Ruto has Served 10 years as Co-president Next >
Recommended stories you may like: