Jaymo Ule Msee Recalls Diamond Photo Snub, “I Would Do it Again” 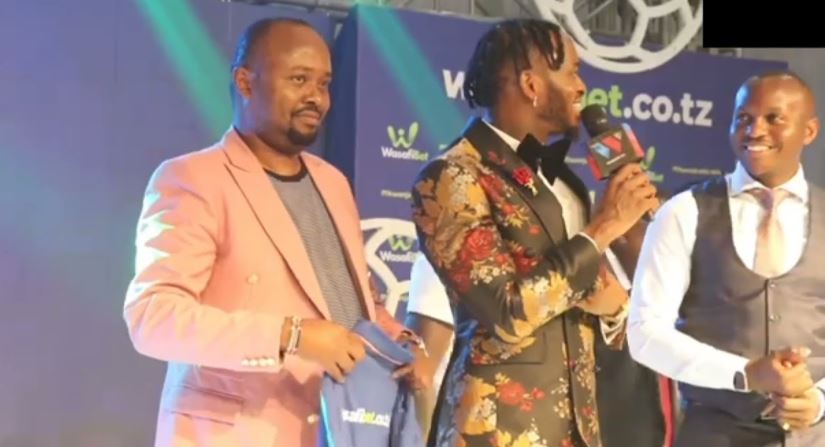 Comedian and digital creator Jaymo Ule Msee has revisited the embarrassing incident when singer Diamond Platnumz appeared to avoid taking a picture with him.

Jaymo was the butt of internet jokes after the incident during the official launch of Wasafi Bet at Mlimani City in Tanzania on December 10, 2021.

Ule Msee now says he was under pressure to deliver a good photograph with the Bongo star. He was covering the event as an influencer for a betting firm in Kenya, which is the sister company to Wasafi Bet.

“What happened ni ati niko kwa stage, I wanted a good photo, I will not lie to you and you can see ule mtu nilipea simu anipige picha alipiga picha ya umbwakni…

“Na mimi niko na kazi, if I don’t deliver, the person who made me come here won’t be happy, that’s why I wanted to take another photo,” Jaymo said in an interview with Mungai Eve.

According to Jaymo, the awkward moment worked to his advantage as he achieved what he had been sent to do.

“In everything that people are laughing at you, you achieve some of the objectives that took you there,” said Jaymo.

Jaymo told Mungai Eve he laughs at himself whenever he looks back at the incident.

“Apa kwetu watu hupenda kuchekelea mtu sana, me being one of them, and that’s why I joined people in laughing into that story, including laughing at myself… For me, it was an experience and I would still do it again,” Jaymo said.