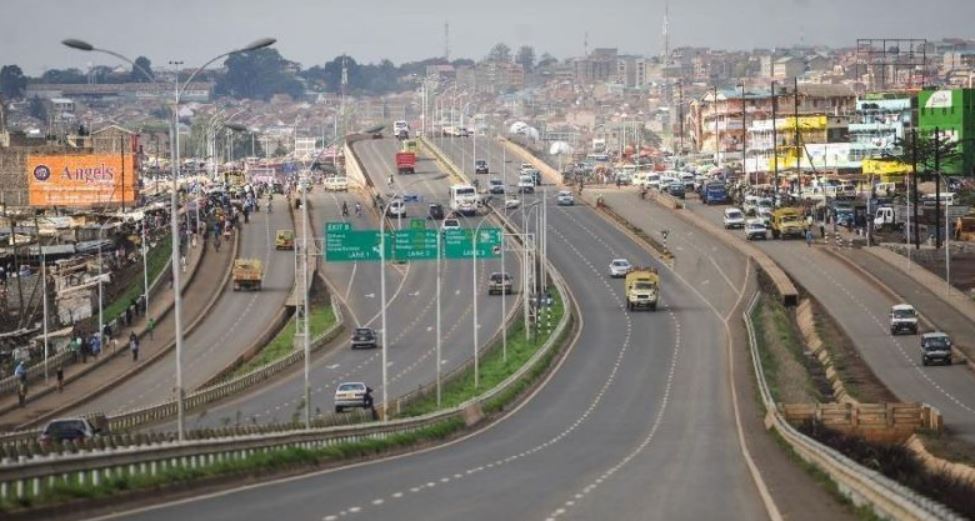 Detectives based in Ruiru, Kiambu county on Wednesday apprehended four suspects linked to a spate of abductions along the Thika Superhighway.

Police launched a special operation to catch the abductors after three travelers fell victim to the suspects in the last one week.

The thugs, operating in a hired Toyota Vitz, targeted passengers headed to various destinations in Central Kenya, at the Muthaiga Bus Stop and other bus stops along Thika road.

Along the journey, the suspects would rob their victims at gunpoint before dumping them at secluded areas in Murang’a County.

In the latest incident, a lady who was picked at Waki stage in Ruiru on Sunday was threatened with a sharp knife before what she described as an ice-cold metal was placed at the back of her head.

She lost her mobile phone and an unspecified amount of money.

On Wednesday, detectives accosted the thugs as they lured another victim.

“When ordered to surrender by the sleuths who advanced towards their vehicle menacingly at double-bend position, the miscreants hurriedly obliged and leaped off the vehicle, landing on the tarmac head first,” the DCI reported.

Police recovered a sharp knife, metal rods and other crude weapons from their vehicle.

“They are currently being processed to answer to charges of Robbery With Violence contrary to Section 296 (2) of the Penal Code,” said DCI.

The DCI further cautioned car hire agents to be wary of the persons they hire their vehicles to, as they could easily become accessories to such crimes. 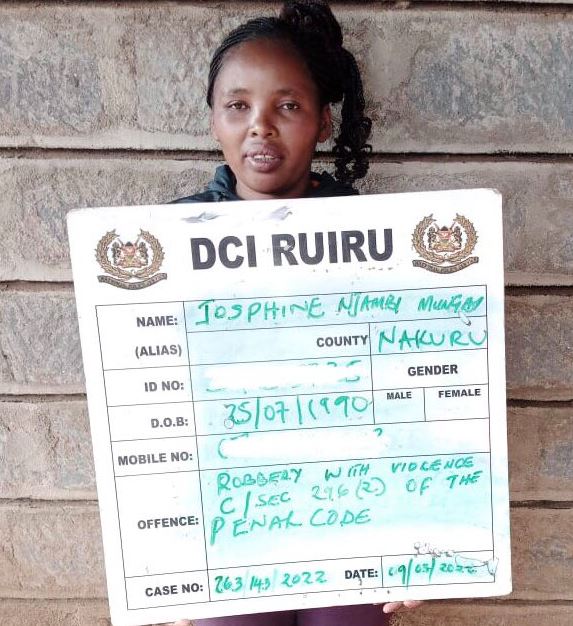 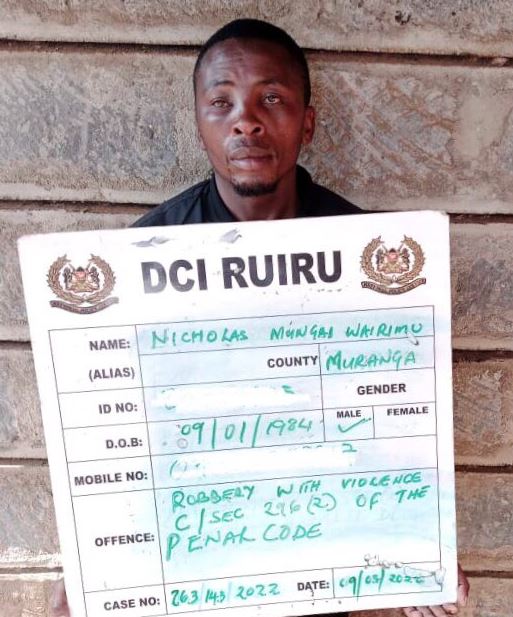 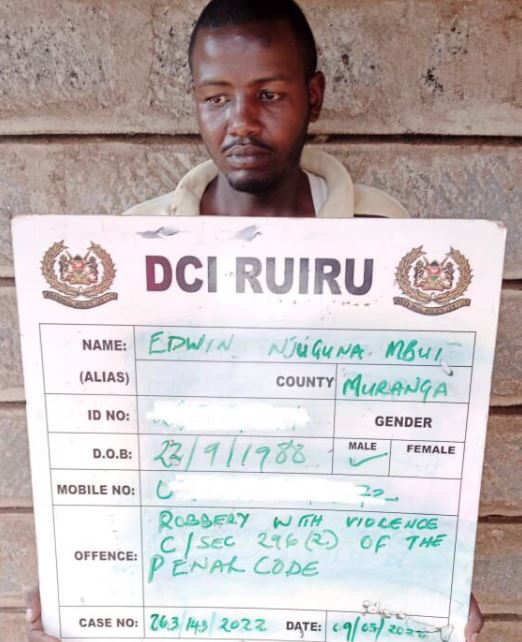 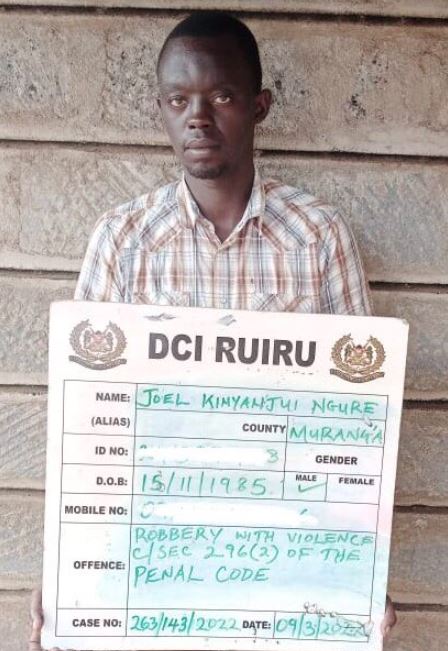 When KCPE Results Will Be Released < Previous
Everything Trending in Nairobi This Friday Next >
Recommended stories you may like: