Veteran Politicians Will Be Irrelevant After August Polls, Atwoli Warns 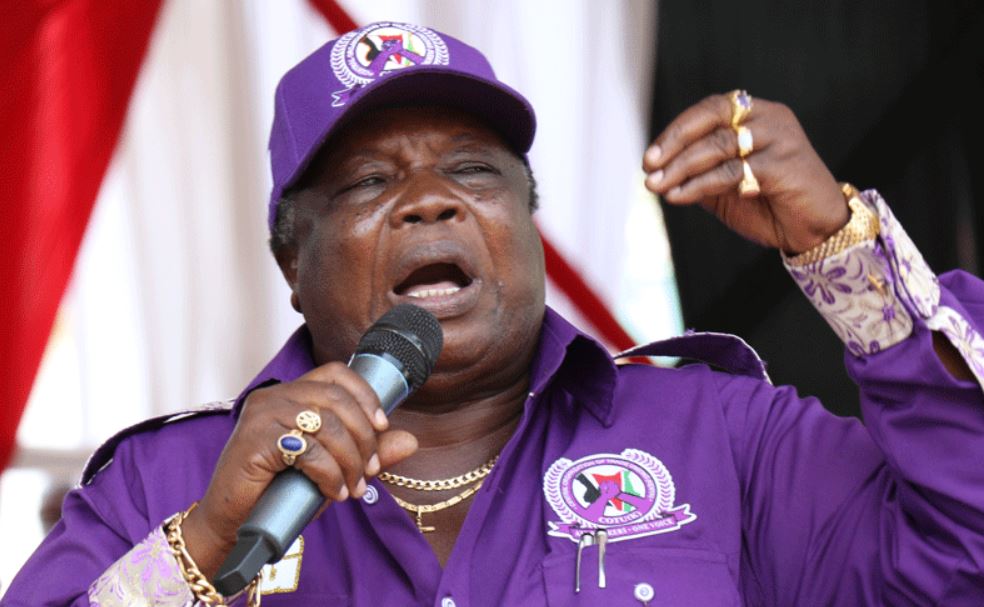 Central Organization of Trade Unions (COTU) Secretary-General Francis Atwoli predicts that veteran politicians will be irrelevant after this year’s elections set for August.

Speaking with Ken Mijungu on KTN’s News Hour, Atwoli said he had written to some of the top leaders in the country warning them that they risk being irrelevant lest they unite.

“I wrote to this people, the five of them…Raila, Gideon, Musalia all of them. I told them that they will be irrelevant after 2022. I asked them to come together, win elections and retire in government,” Atwoli said from his palatial home in Il-damat, Kajiado County.

According to the trade unionist, the likes of Gideon Moi, Musalia Mudavadi, Kalonzo, and Raila have one more chance to be active in politics.

“That is why I am pleading with OKA (Kalonzo Musyoka, Gideon Moi, Cyrus Jirongo and Martha Karua) to join Raila and remain relevant even after 2022 [elections] because if they lose, they will all become irrelevant,” he said.

Atwoli explained that the older politicians will be blown out of the water by the younger digital generation.

“Young people are coming up. People who understand social media, think digitally, and are well-versed with Information Technology. People who can own companies without offices.”

Atwoli also announced he will be retiring to a quiet life after the August General Election.

“Even me, after these elections, you will never hear about me. I’m preparing my legacy and exit because you must accept that there is a limit for everything and there are others who are coming after us,” he said.

Atwoli however mentioned he is willing to serve as a  mentor or advisor to the new crop of leaders.

“We must position them, and we can only remain as advisors if they so wish. But we must accept that. At my age, why should I continue calling myself a champion? Who tells you that after August 2022 Mudavadi and Wetangula will be relevant even if they went back? That’s why those people in OKA should join Azimio to gain relevance,” he said.

Everything Trending in Nairobi This Friday < Previous
Parliamentary Aspirants MUST Have Degrees, IEBC tells UDA Next >
Recommended stories you may like: