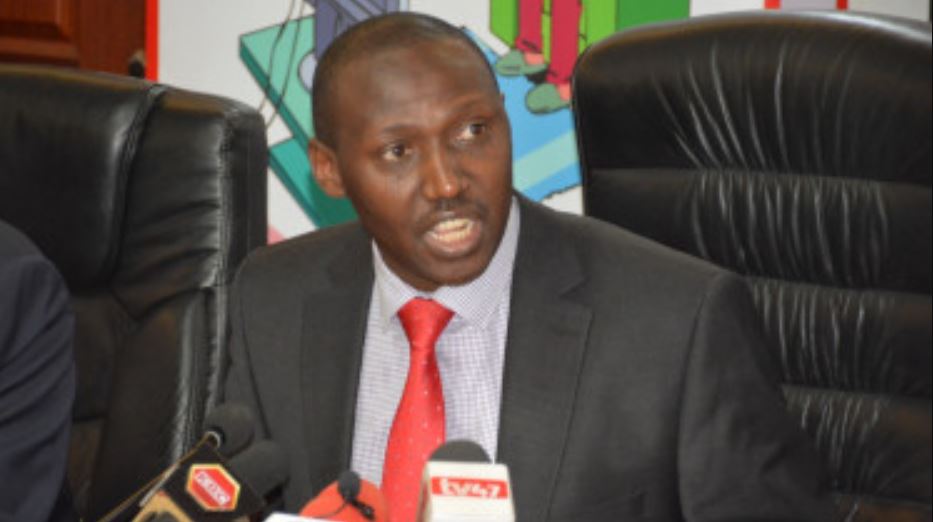 Former Chief Executive Officer of the Kenya Film Classification Board (KFCB) Ezekiel Mutua might be out of office but his spirit lives on.

Mutua earned a reputation for cracking the whip on films with elements of homosexuality and his successor has picked up where he left.

In a statement on Monday, KFCB acting CEO Christopher Wambua said the board has banned Indian comedy film ‘Badhaai Do’.

“While this film is acceptable in its country of origin, India, the Board has rated it as RESTRICTED in Kenya as it propagates a worldview that is in dissonance with our constitution, culture, values and norms and could easily expose vulnerable consumers to perversion,” Wambua wrote.

According to KFCB, ‘Badhaai Do’ intentionally sought to set an agenda of same-sex relationships as acceptable in society.

Wambua argued that since Kenya as a country treats homosexuality as a criminal offence, any attempt to broadcast the film would be disregarding beliefs and stipulations of the penal code.

“According to Article 45 of the Constitution of Kenya (2010), marriage is defined as a union between persons of the opposite sex. Sections 162, 163 and 165 of the Penal Code criminalizes homosexual behaviour,” stated Wambua.

“On this score, any films or broadcast content appearing to legalize, advocate, normalize or glorify the act contravenes the laws of our land. The film is, therefore, unacceptable and an affront to our culture and identity as Kenyans.”

The Kenya Film Classification Board (KFCB) added: “Gay and lesbian characters in the film explicitly seek to normalize their feelings for each other and ultimately convince their families to embrace and empathize with them.”

“The film in question, therefore, overtly disregards our laws, constitution and sensibilities as a people. Moreover, the film tries to directly influence the viewer into believing that homosexuality is a normal way of life.”

Uhuru Visits UAE To Strengthen Trade Ties < Previous
Everything Trending in Nairobi This Tuesday Next >
Recommended stories you may like: