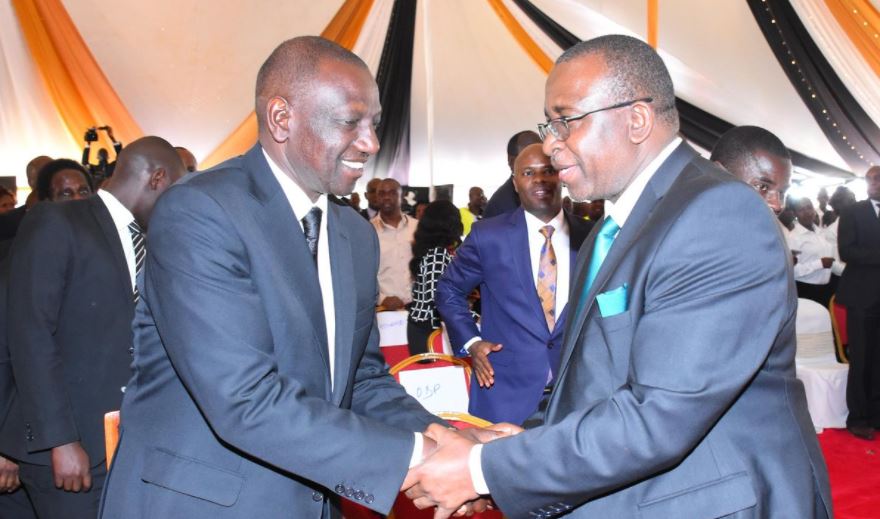 “Let me say that for those who are talking about Senator Linturi, he made a statement which he regrets; a statement that had inappropriate language, and senator Linturi has apologised, he has withdrawn the statement and he has unconditionally apologised to the people of Kenya,” Ruto said.

He added: “We are a democratic party that believes in the freedom of everybody to choose what side they want to be, who they want to vote for, what party they want. We are democrats and we want to compete on a platform of issues, not ethnicity, on an agenda and not profiling any particular sector of our society.”

“We want to say from Bomet here, that we do not subscribe to any divisive talk, we do not agree with any talk that profiles, individuals or groups or communities because we are a national party that brings all the communities of Kenya together.”

Ruto at the same time asked state security agencies to deal with all hate-mongers across the political divide.

“Also for the avoidance of doubt, I want to ask the institutions charged with making sure that we have a peaceful nation and election. They must apply the law in a manner that does not create two sets of laws for two sets of groups. We want the law to apply equally so that we can secure our nation,” he said.

“Going forward, I want to tell members of my team, the hustler nation, that all of us must mind our language, all of must be careful about what they say so that we can unite this country because that is what the hustler nation believes in,” Ruto added.

Boniface Mwangi Hires Martha Karua for Bombing Case < Previous
This is Everything Trending in Nairobi This Tuesday Next >
Recommended stories you may like: