Ringtone: Huddah Wanted Me But I Turned her Down 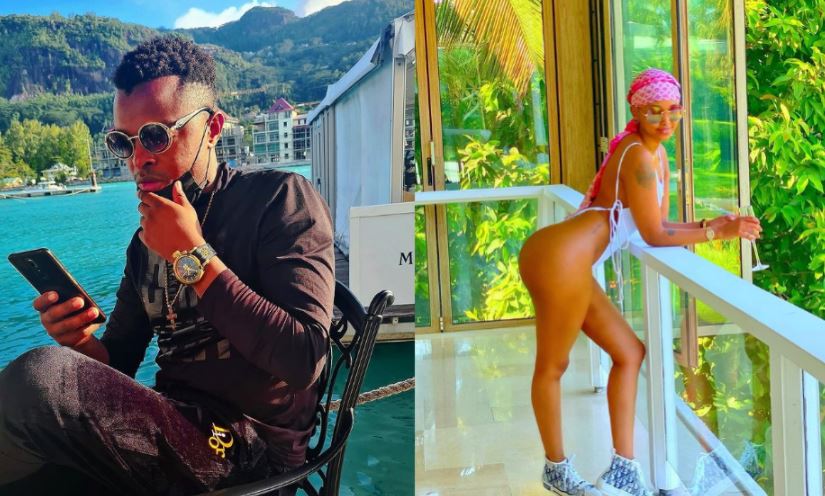 Once upon a time, Huddah was apparently interested in dating Ringtone. This is according to the controversial gospel musician, which means his claims should be taken with a pinch of salt.

Ringtone made the sensational claim in response to Huddah saying no Kenyan man is her type.

According to Ringtone, Huddah made romantic advances to him but he turned her down. Apparently, the socialite could not meet one of Ringtone’s conditions which was o get saved.

“Huddah and I have a long history, I knew her back in the day when she used to trek. I am the one who turned Huddah Monroe down.

“She used to cry saying ananitaka. I think she was drunk when she said there is no man who is her type in Kenya. She cannot say I am not handsome yet I am the one who turned her down. I told her she had to get saved,” he told Mpasho.

Ringtone claimed Huddah is the most beautiful woman on the continent, which is another reason why he turned her down.

“She is the most beautiful girl in Africa but I turned her down because she refused to get saved plus I felt she is too beautiful for me. A beautiful woman atanipea stress.”

Smartphone Adoption in Africa: How is it Improving Culture and the Economy? < Previous
Fatherhood has Kept me on a Straight Line, says Prezzo Next >
Recommended stories you may like: