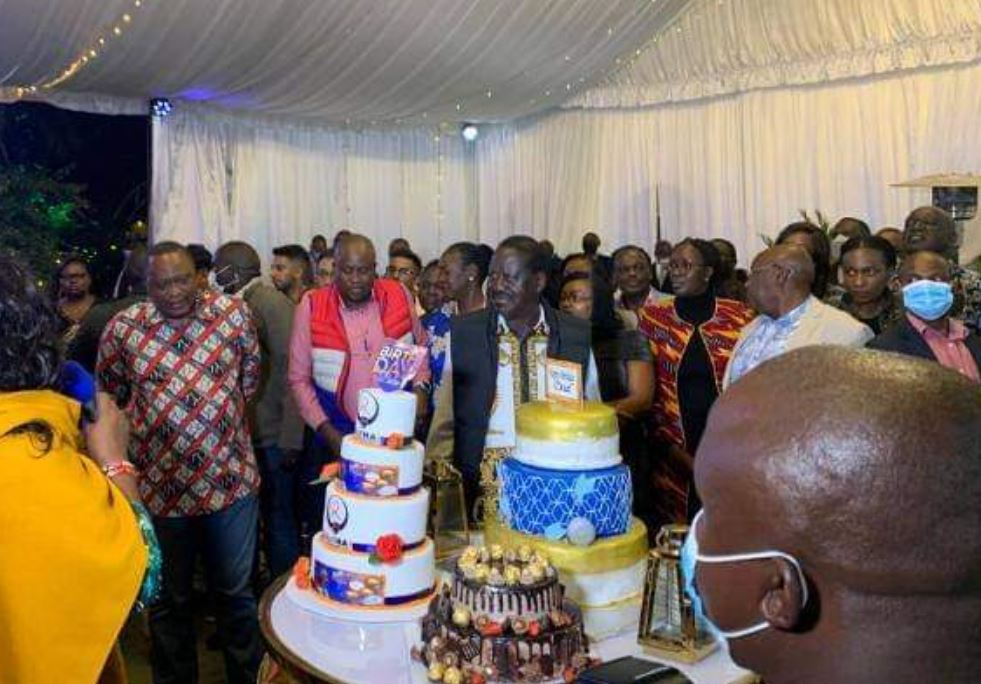 Former Kiambu governor William Kabogo has revealed that President Uhuru Kenyatta has already decided who he will support in the August elections.

While Uhuru has never publicly endorsed any candidate for president, it is an open secret that his deputy William Ruto has fallen out of favor, with the President instead supporting ODM leader Raila Odinga.

Indeed, almost all Uhuru allies have sided with Raila.

Now, Kabogo has revealed that not only is Uhuru supporting Raila, but he strongly believes he will be the next president. Speaking at an interview with Spice FM breakfast show, Kabogo said that Uhuru recently privately referred to Raila as ‘The 5th’, a title that has gained popularity when talking about the next president.

The president was in attendance at Raila’s 77the birthday that was held at his Karen home on Friday last week.

“The other day at the birthday party, I am told he said hello to the fifth. You do not need more signals,” Kabogo said.

In the birthday party, Uhuru shared a table with Raila, Majority Leader Amos Kimunya and MP Maina Kamanda. There were however just a few photos, since guests were ordered not to take pictures until the president left.

Magoha Directs Teachers To Destroy All Success Cards Bearing Politicians’ Portraits < Previous
Hamisa Mobetto and Tanasha Donna to go on a Date Next >
Recommended stories you may like: