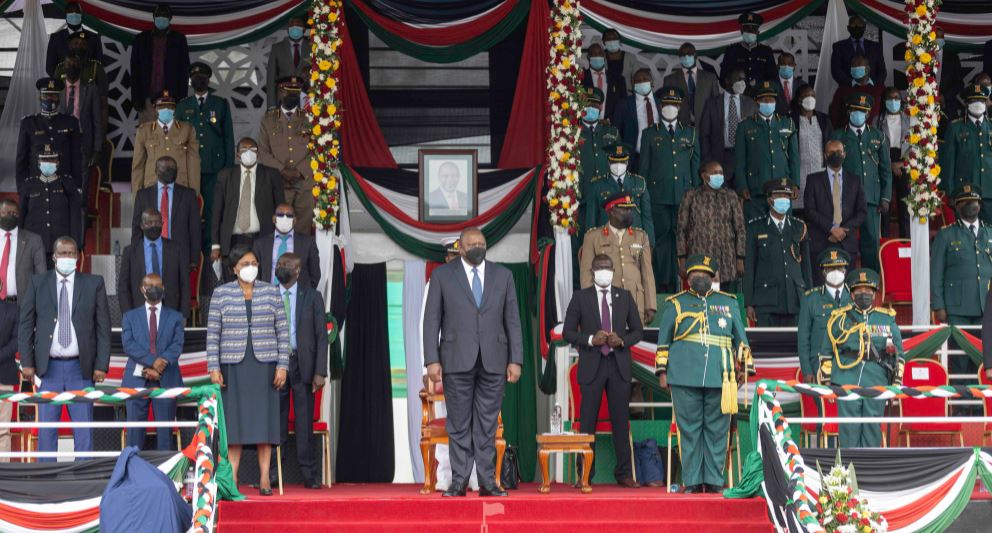 President Uhuru Kenyatta has reiterated his directive to Kenya’s security agencies to absorb more National Youth Service (NYS) graduates into their ranks saying they had proved to be reliable, diligent and excellent workers.

While commending the security agencies for heeding his earlier directive on the employment of NYS graduates, the President singled out the Kenya Defence Forces (KDF) for praise saying the military had absorbed 500 NYS graduates in its recent recruitment exercise.

“I reiterate my directive to the Police Service and all other disciplined services to redouble their efforts towards the absorption of the NYS cohorts into their ranks,” President Kenyatta said.

The Head of State spoke on Thursday in Gilgil, Nakuru County when he presided over the passing-out parade of 7,300 NYS recruits who successfully completed their 6-month paramilitary training. 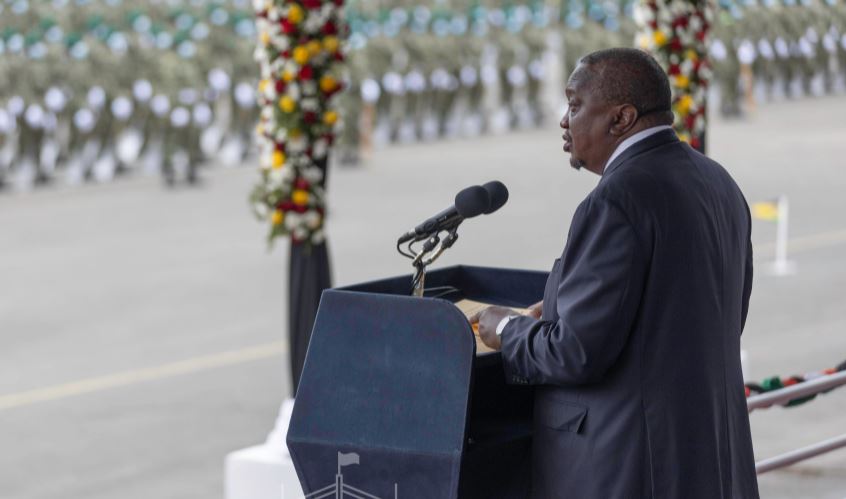 Once again, the President reiterated the Government’s commitment to continue using the NYS to build a critical mass of employable youth in the country and called on employers to priotise sourcing of personnel from among its growing pool of graduates.

Because of its past successes, the President said the Government had placed NYS at the core of the implementation of various key Government projects.

“Undoubtedly, the NYS programme has been a tremendous success. For that reason, despite the disruptions caused by the Covid-19 pandemic, my administration resolutely remained focused on empowering our youth through NYS; which saw an additional 14,779 young people admitted into the NYS this calendar year,” he said.

As part of its broad contribution to Kenya’s transformation, the Head of State said NYS graduates were a key cog in the country’s security machinery working with the disciplined services to maintain law and order, and in the delivery of related services.

“In the area of national security, the National Police Service has enlisted the services of NYS servicemen and women at the Integrated Communication Command and Control Centre (IC3), to respond to telephone calls and other electronic communications from members of the public. This is in addition to NYS’s role in augmenting the work of the police in crowd control duties during significant local and international functions,” he said. 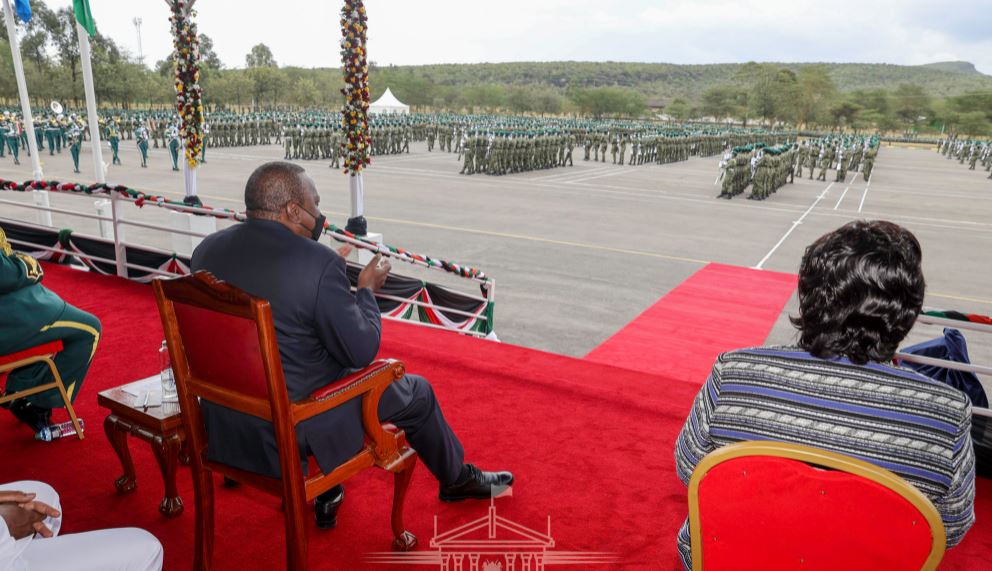 At the event, also addressed by NYS Director-General Matilda Sakwa and College Commandant Ruth Mbuvi, the President feted several recruits that excelled during the 6-month training.

In academics, Benard Kiplangat Bett and Claris Awino Omondi were the best recruits while Stephen Kang’ethe and Esther Jelimo led in sports.

Agnes Wanjiru Murder: DCI Kinoti says Victim was Dumped in Septic tank while Alive < Previous
Nairobbery: Man Shot, Robbed After Withdrawing Cash From Bank in Donholm Next >
Recommended stories you may like: