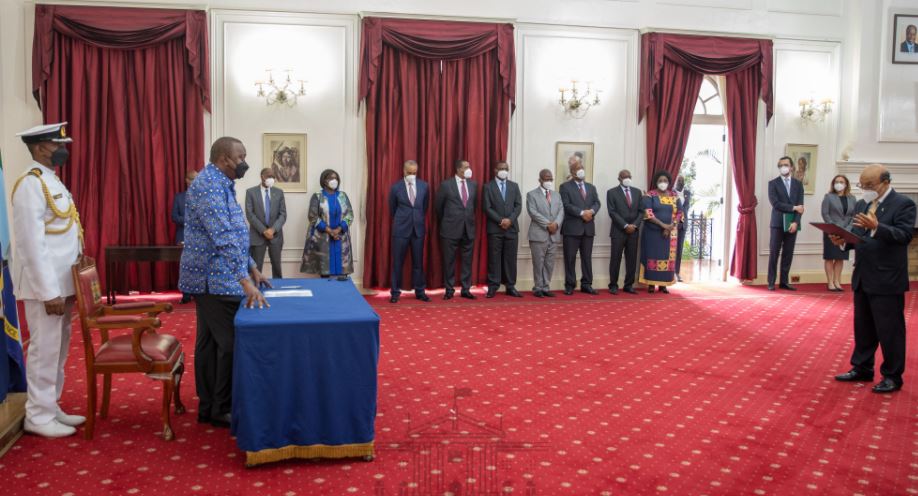 In his welcoming remarks, the President reiterated Kenya’s commitment to the strengthening of bilateral ties with the respective countries, and wished them a successful tour of duty in the country.

“Welcome to Nairobi, welcome home. Namibians and Kenyans are brothers and sisters, when you are here, always feel as part of us.

“Our relationship has been very strong both at a personal and at country level. We want to see through you how we can deepen that partnership, that relationship- not just political but also going down to economic and cultural exchanges and exchanges in other fields that are mutually beneficial to the two of us,” President Kenyatta welcomed the new Namibian envoy. 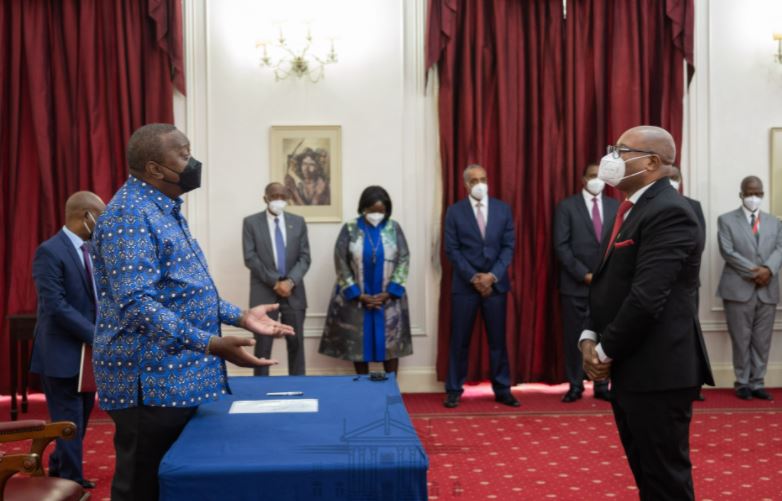 At the same time, President Kenyatta bade farewell to outgoing Japan’s ambassador to Kenya Ryoichi Horie who paid him a courtesy call at State House, Nairobi.

Uhuru observed that several transformative projects, supported by the Japanese Government, had taken off during Amb Ryoichi’s tenure among them the Dongo Kundu Special Economic Zone. 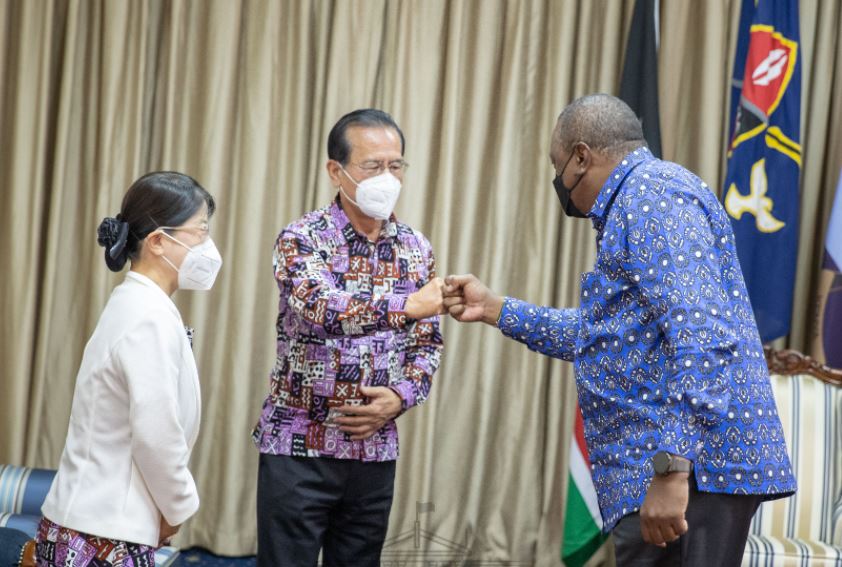 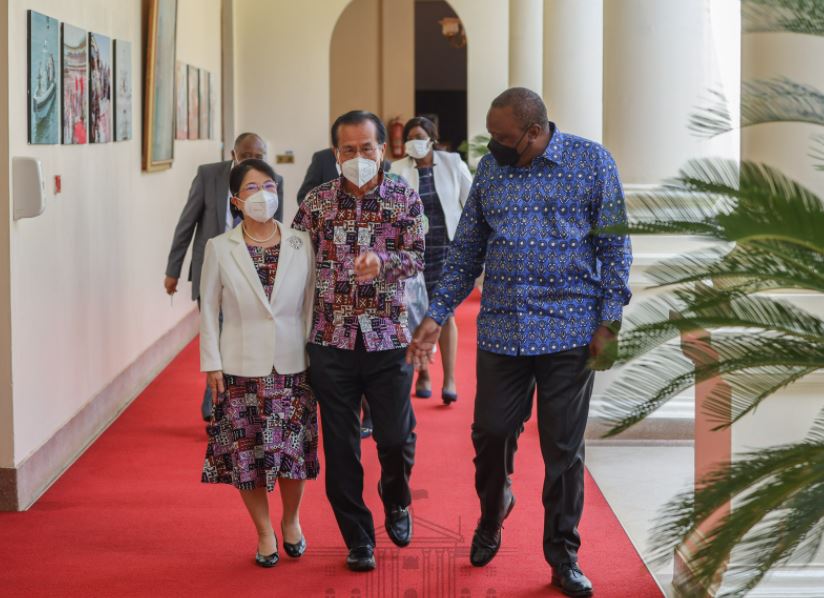 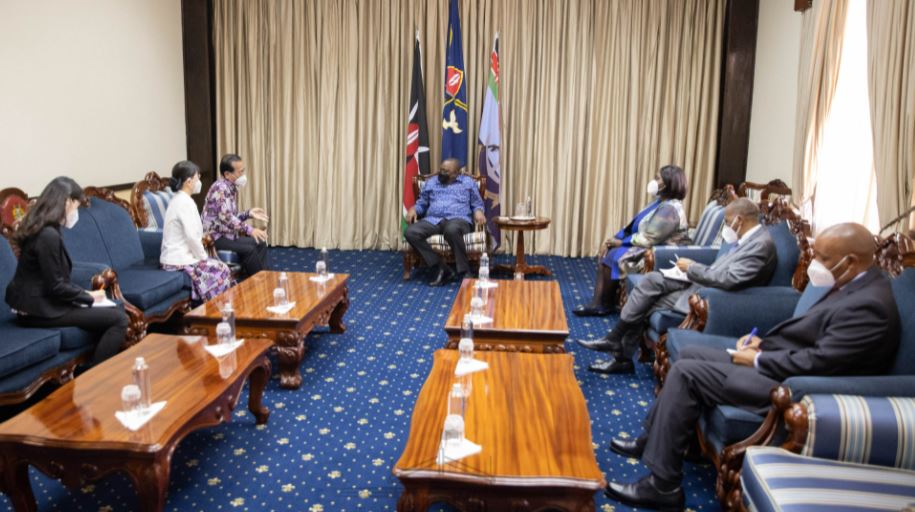 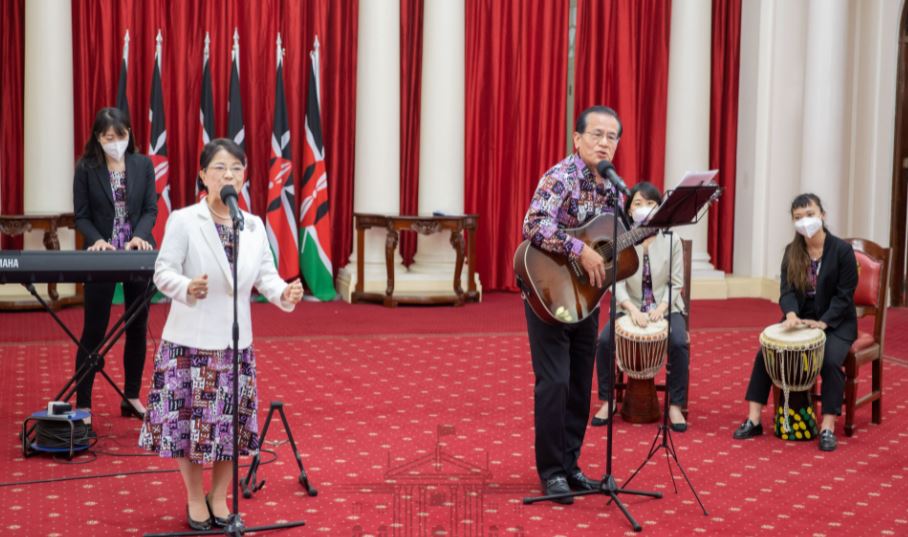 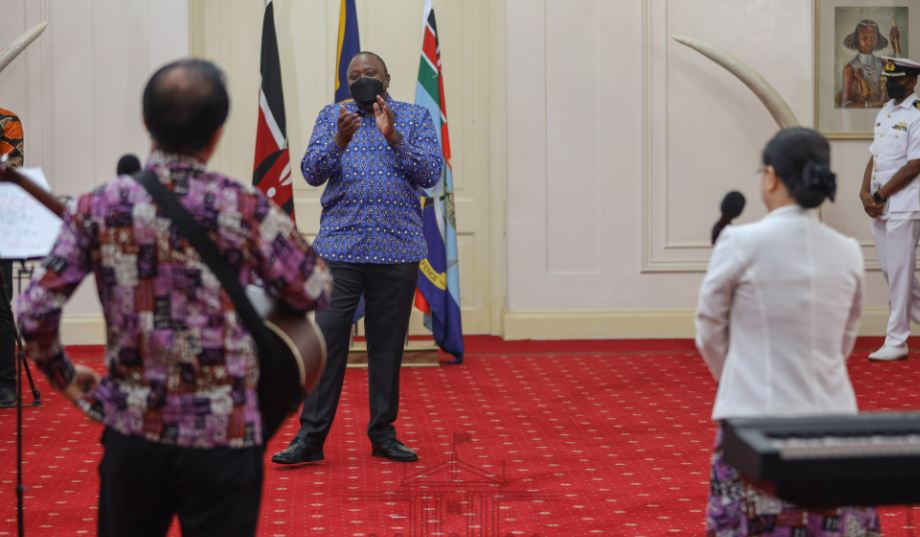 Katombi Gang Leader Gunned Down as Accomplices Swim in Sewage to Escape < Previous
DCI Cautions Against Online Shopping Scams Next >
Recommended stories you may like: