My Story – I was Rescued from an Accident Aged 2, Now I Rescue Abandoned Children 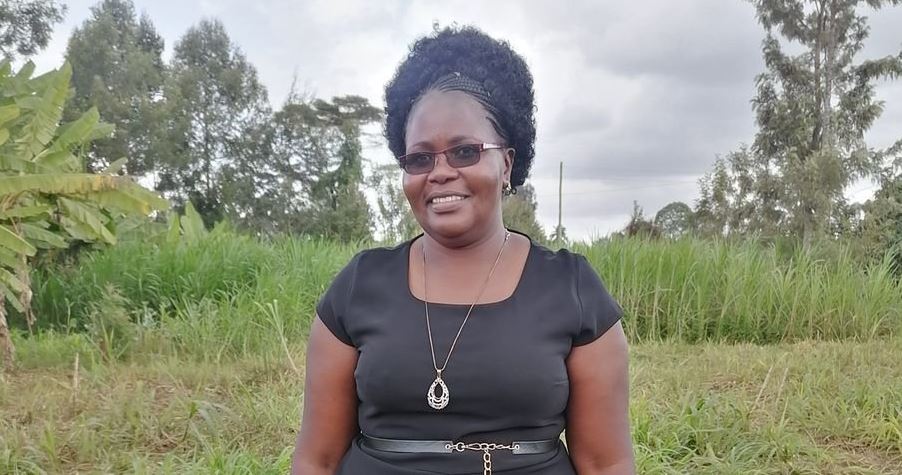 Racheal was rescued from an accident scene at the age of two and adopted by her rescuer when her mum perished in the car crash.

Her adoptive mother, Margaret Wambui, 61, a police officer, went on to adopt more children and to open Makimei Children Home.

Since 2014, Racheal has been running Makimei Children Home after her adoptive mother retired.

The 42-year-old mother of two tells her story:

“Taking care of needy families and helpless children has become my heart’s joy. Like Mother Teresa said, ‘never worry about numbers, help one person at a time and always start with the person nearest to you’. I believe we are all wired for a purpose, and mine is serving abandoned and homeless children. I am the product of a selfless soul that saved my life at the age of two. 40 years ago, I was traveling in a matatu, and we had a car crash, where my mother sadly died. The policewoman who rescued us, and took us to the hospital, could not trace my mother’s relatives, and she adopted me.

My adoptive mother picked me and nurtured me with so much love. My legs were injured and instead of enjoying life like fellow children, for eight years I had to undergo physiotherapy sessions. During one of the physiotherapy sessions, a nurse broke a needle in my thigh which marked the onset of so many of my sorrows. Throughout my childhood and teenage phase, I was unable to walk or perform any task for myself.

I recall how my adoptive mother struggled to cater to our basic needs and education with my siblings-biological and fostered. Though I was the first child she adopted, my new mother went on to rescue more children who she brought up at her orphanage, Makimei Children’s Home. She was to later get married and get four biological children of her own.

Given my early experience, I have purposed to touch lives and give myself fully to serving others. I am glad to have pursued a degree in early childhood and child psychology at Laikipia University which has laid a strong platform for serving children.

Since 2014, I have been working as a charity worker, sourcing money and support from well-wishers to support Makimei children’s home that my adoptive mother, Margaret delegated to me when her energy failed because of age.

The home has been in operation since the 1980s but it was fully registered in 2006 as a charitable children institution under the Ministry of East African Community, Labour and Social Protection.

The children’s home has provided me with a great platform to pursue my God-given purpose. Serving these children is the greatest wealth I can get. So far, we have 78 children who are residents and 16 who are supported by families and we only do outreach. Most of the children we have in the centre are brought in by the police in conjunction with the children’s office in Kikuyu and Kabete.

Sometimes we are brought babies that are only a couple of hours old that have been abandoned in dumpsites, toilets, bushes, and market places. We have created a conducive environment where we take care of them and show them, unconditional love. Some come when they are sick while others have disabilities and it is delightful to see them recover and lead normal lives.

The youngest child is 13 days old and was rescued by police officers. We have had very touching stories which have continually demonstrated to us the power of God. Recently, a child was rescued by a hawker on the railway road where she was wrapped in a black polythene bag. The train passed by ten minutes after the baby was rescued and you can imagine what would have happened if the baby had not been spotted. I always tell people that instead of abandoning a baby in such places, one should drop it in a children’s home or a government office. Our oldest child is 19 and is currently pursuing mechanical engineering at Machakos University.

It is so fulfilling to see children who were once helpless get an education and later achieve their dreams. In one incident, seven dogs rescued a child and dropped him at our gate. We have had incidences where dogs pull dumped children and bring them to pathways where they can be collected. We believe God is love and He desires us to spread love through humanity.

I am mostly involved with the administrative tasks of running the home. I grew fond of charitable work after observing my mother support children that no one wanted.

Some blessings come from taking care of needy families and helpless children. I have so much satisfaction in life. My day starts at 4.30 am as I prepare the children who go to school early. So far, we have 10 workers who are house moms and two security guards. I admire their passion for the children.

Apart from well-wishers and a pool of volunteers, we occasionally get foreigners who come over the holidays and help us to cook, clean and babysit the babies. Some are paying school fees for a few children. We are not without challenges. We also struggle to pay school fees especially for those in high school and college and to buy infant formula for young babies. Food is also a big headache.

During this festive season, we hope to feast with the children which would make them feel special just like any other child. We would like to appeal to well-wishers to come and visit us. We are located behind Gitaru Market, in Kikuyu. For those who would love to support us with funds, they can do it via Mpesa Buy Goods till Number 895412 registered under Makimei Children Home.

Things to Know About Singer/Fashion Blogger Kash Kaaria < Previous
Career Path With Filmmaker, Photographer Mike Muikia Next >
Recommended stories you may like: