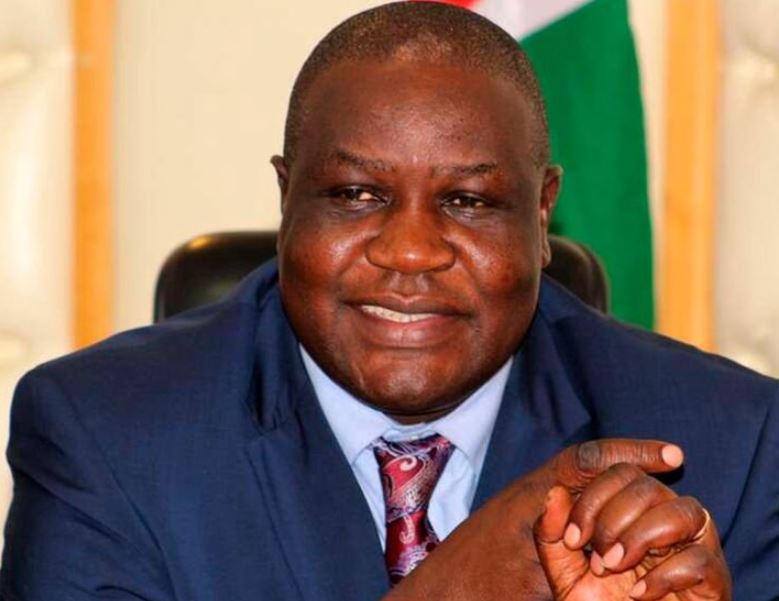 Schools affected by fires have been asking parents for huge amounts for damage. Some principals are asking up to Sh10,000 per student. How do schools determine the cost of the damage and how is the money accounted for? Joseph Mwangi, Ol Kalou

The ministry does not have an allocation to finance infrastructure destroyed during unrest. Parents have to bear the costs. However, the costs must be determined in consultation with the Public Works and ministry officials. The expenses incurred by schools in mitigating unrest also come in. Boards may resolve to install CCTV systems or increase the number of guards.

Many education players are concerned that despite the noble intentions of the 100 per cent transition to secondary school policy, a huge number of pupils cannot be traced. What is the ministry doing to ensure the policy succeeds? Morris Komen, Eldoret

Since its inception in 2018, the policy has seen great success in transition from 85 per cent in 2018, 92 per cent in 2019, 96 per cent in 2020 and 98 per cent this year. Some candidates do not transit because they are in prison, refugee camps, are adults, join TVET institutions, some die and a small number that goes back to primary school.

The ministry disburses free day education funds at Sh22,244 per learner per year. For day schools, which constitute 75 per cent of public secondary institutions, parents only cater for uniform and lunch. Boarding school fees is also regulated.

There has been sustained expansion of schools through transition improvement grants. The National Government Constituency Development Fund (NGCDF) and communities have provided support in infrastructure development. Other interventions are scholarships.

The burning of schools is a grave matter. It means our secondary education system is doomed and learners may have lost faith in their teachers, school board members, leaders and policymakers. How do we tackle the menace? Dan Murugu, Nakuru

The student unrest could be symptomatic of challenges in and out the school system. Most unrest has been reported in boarding schools, with the target being dormitories. Education is not doomed but we must re-examine the place of boarding schools.

It is worth noting that 2021 is a unique year due to a congested calendar.

There are claims that principals have turned rogue because the ministry cannot discipline them since they are answerable to the TSC yet they manage funds sent by the government. What level of control does the ministry have over secondary school heads? Agnes W. Nduta, Nairobi

The Ministry has control over principals in regard to funds. The ministry audits the funds every year. Those found not to have followed government guidelines are disciplined through a mechanism implemented by the TSC. They are first answerable to the Board of Management (BoM) that is appointed by the Cabinet Secretary. The BoM initiates a disciplinary process, which is followed up by the Ministry and the TSC completes it.

Teacher motivation is a serious issue. There is a lot of pressure due to the squeezed calendar and the TPD modules, which are designed to last the entire life of a teacher. What strategies has the ministry adopted to ensure teachers are motivated? Nathan Muthamia, Chuka

Teachers are employees of the TSC. It is also important to note that motivation can take many forms. The fact that one has a job is motivation. The progression of teachers in the service plays a role in ensuring staff morale is high. TSC regularly advertises promotions.

Indiscipline is rampant in secondary schools. This is out of poor parenting, abolishing of corporal punishment and poor management of schools. What is the ministry doing to address this? Nicholas Murithi, Nyeri

Poor parenting and management have often been cited as the cause of school unrest. Parents have to be involved in implementing the curriculum, especially through role-modeling.

The competency-based curriculum has entrenched parental role in the syllabus implementation. The public is also contributing to learners’ behaviour. How are students expected to resolve issues amicably when they see adults resorting to violence?

The Ministry has also established the Kenya Education Management Institute (KEMI). BoM members are sensitised on their roles.

The government has pledged to build more than 10,000 classrooms ahead of the CBC rollout in high school. What criteria will the ministry use to select the schools? Edwin Amwayi, Nambale

The Ministry has completed the process of identifying the need for additional classrooms. The lists have been sent to sub-counties. Selection of the schools was informed by a needs analysis. A GIS mapping was conducted to establish the location, number of classrooms in every school and classrooms under construction. This was followed by physical verification. An analysis was conducted that led to the identification of schools with deficits. The schools to benefit were therefore selected based on the following criteria:

Classroom deficits identified based on needs of secondary schools against the enrolled learners arising out of the implementation of the 100 per cent transition;

Classroom deficits identified based on the needs of schools to accommodate junior secondary learners in January 2023; and recommendations of the task force on enhancing access, relevance, transition, equity and quality for effective curriculum reforms implementation.

This includes the recommendation for the establishment of junior secondary in the existing schools. The 10,000 classrooms fall under phase one of a project, which in the long run seeks to construct approximately 20,000 classrooms.

Confusion has marred the CBC. There is a matter regarding the system in court but could you clarify how the government is helping parents and learners adapt to it? Liz Wangui, Isinya

Certain CBC aspects being contested in court cannot be discussed here. But the court did not stop the implementation of the curriculum.

The reforms are on course. The hue and cry has mostly been about the perceived hidden costs, the time spent helping children with assignments and the extended activities given by teachers.

Parents have a role to play in their children’s education. The CBC strongly focuses on this aspect through parental engagement and empowerment.

Parents are encouraged to facilitate learners to work on their assignments and to provide a conducive environment for the children to undertake the extended activities. They are discouraged from doing the assignments themselves.

To ensure the improvement of teacher expertise through TSC and other stakeholders, tutors are being trained to handle the curriculum in a better way.

During the training, there is an emphasis on improvisation of teaching/learning materials, especially with resources that are readily available. Not all learning resources need to be bought.

In meeting the obligations of free primary education, the government through the Kenya Institute of Curriculum Development has vetted, purchased and distributed books up to Grade Five.

How is the Ministry of Education protecting students from victimisation and false accusation even as action is taken against those who burn or destroy schools property? I have seen reports of principals accusing students of ‘behaving in a manner likely to suggest that they are planning chaos’. They then hand the students to police for interrogation. I fear this approach could be used to victimise innocent boys and girls. What does ‘behaving in a manner likely to suggest…’mean? Jayne Wavinya, Katani

The ministry addresses all cases of unrest as indiscipline in line with the Basic Education Act Regulations, 2015. The regulations require observation of due diligence to address indiscipline. Arson is a crime, requiring a multi-agency approach when addressing it. That includes liaison with law enforcement agencies.
Schools have in place ways of ensuring objectivity when handling student discipline.