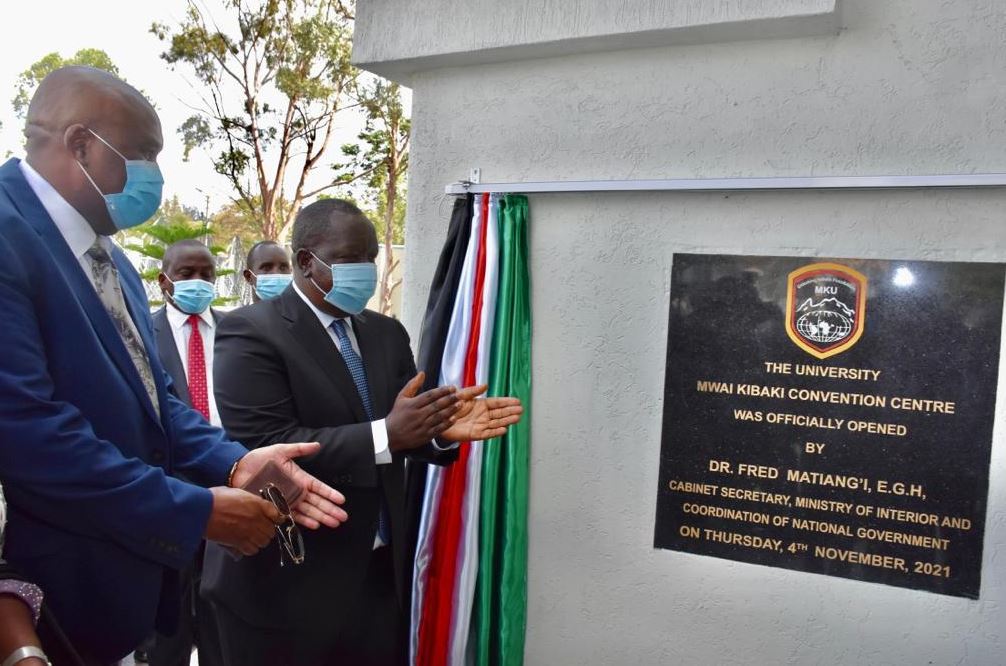 The facility was officially opened by Cabinet Secretary Interior and Coordination of National Government, Fred Matiang’i. In a big honour to Kenya’s third president, the convention centre has been aptly named the Mwai Kibaki Convention Centre.

According to the University chairman Simon Gicharu, the responsibility to name the facility was given to students, through an open competition. Five names were then recommended to the University management, and eventually the University Council agreed unanimously to name it after the former President. 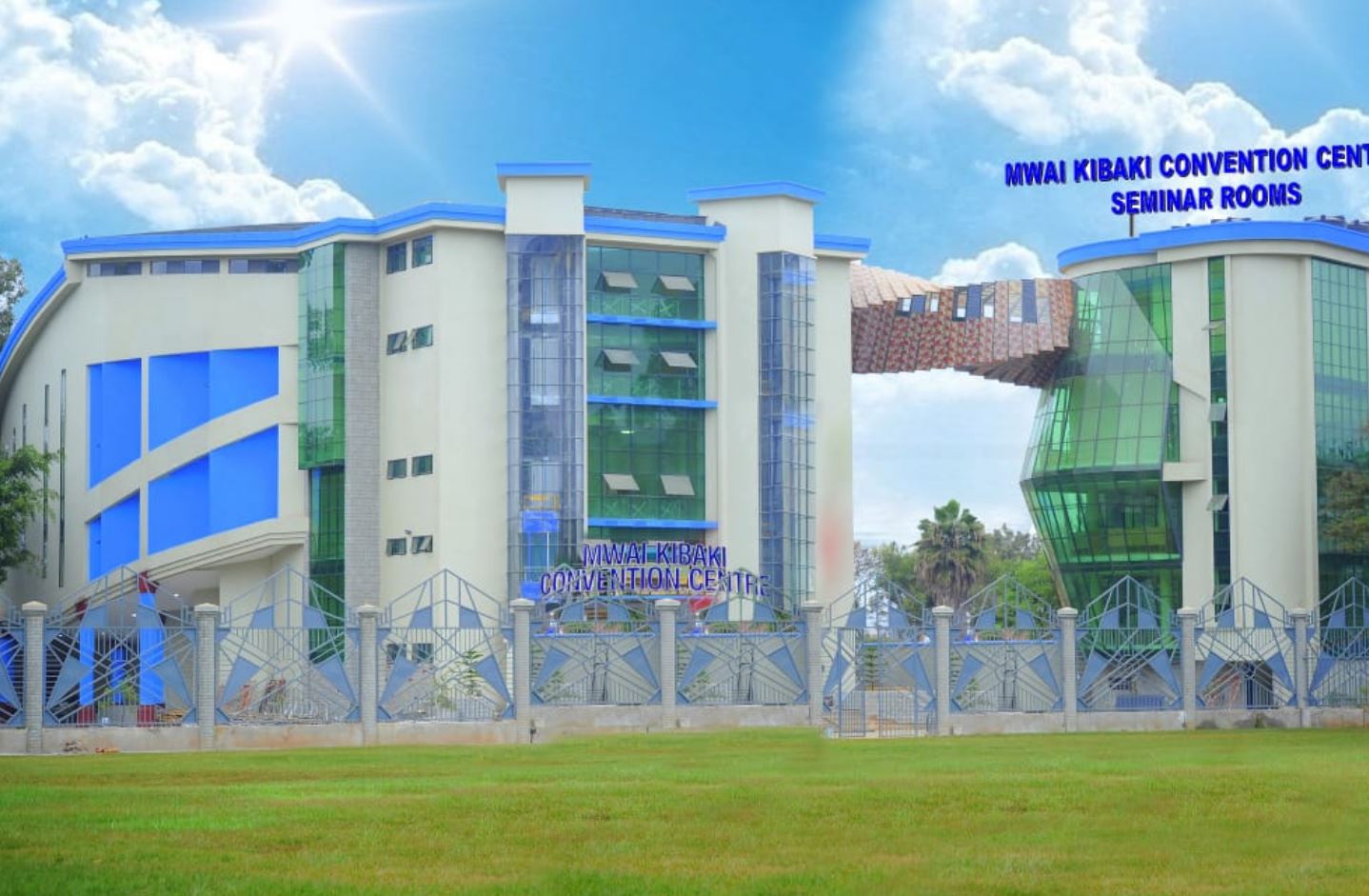 It was a fitting choice, in that it was during Kibaki’s term that the University thrived, particularly after he gave it a charter.

“Part of the reason why the students chose the name Mwai Kibaki Convention Centre is because he is the one who gave Mount Kenya University its charter when he was head of state,” Gicharu continued. 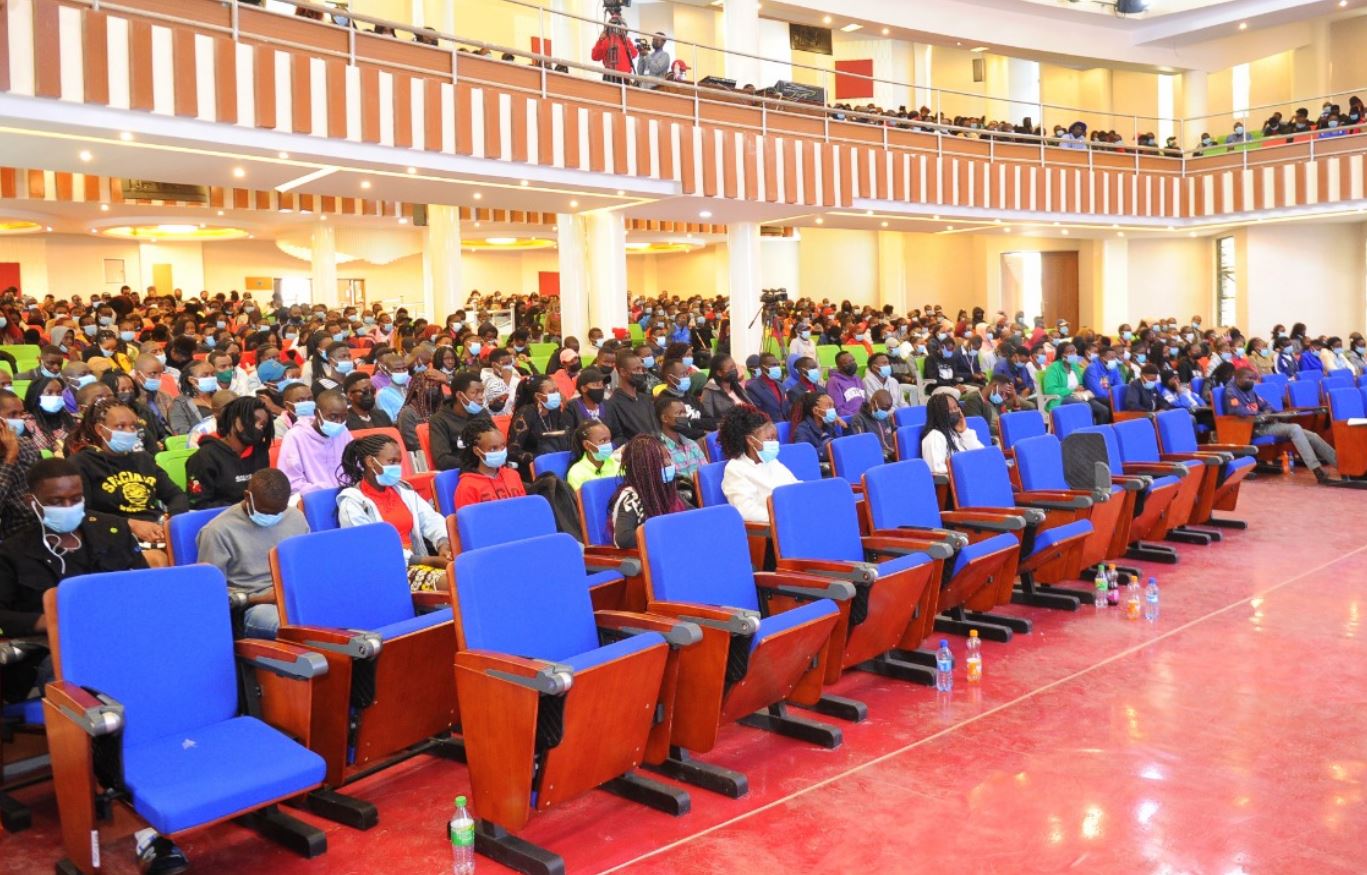 Speaking at the event, CS Matiang’i said that he would work to mobilize the government in responding to the young learners.

“I will mobilize my colleagues as the prefect of the cabinet to respond to these young learners on some of the decisions we have made as government in this convention,” Matiang’i stated.

The CS also promised to address some problems faced by foreign students at the University. 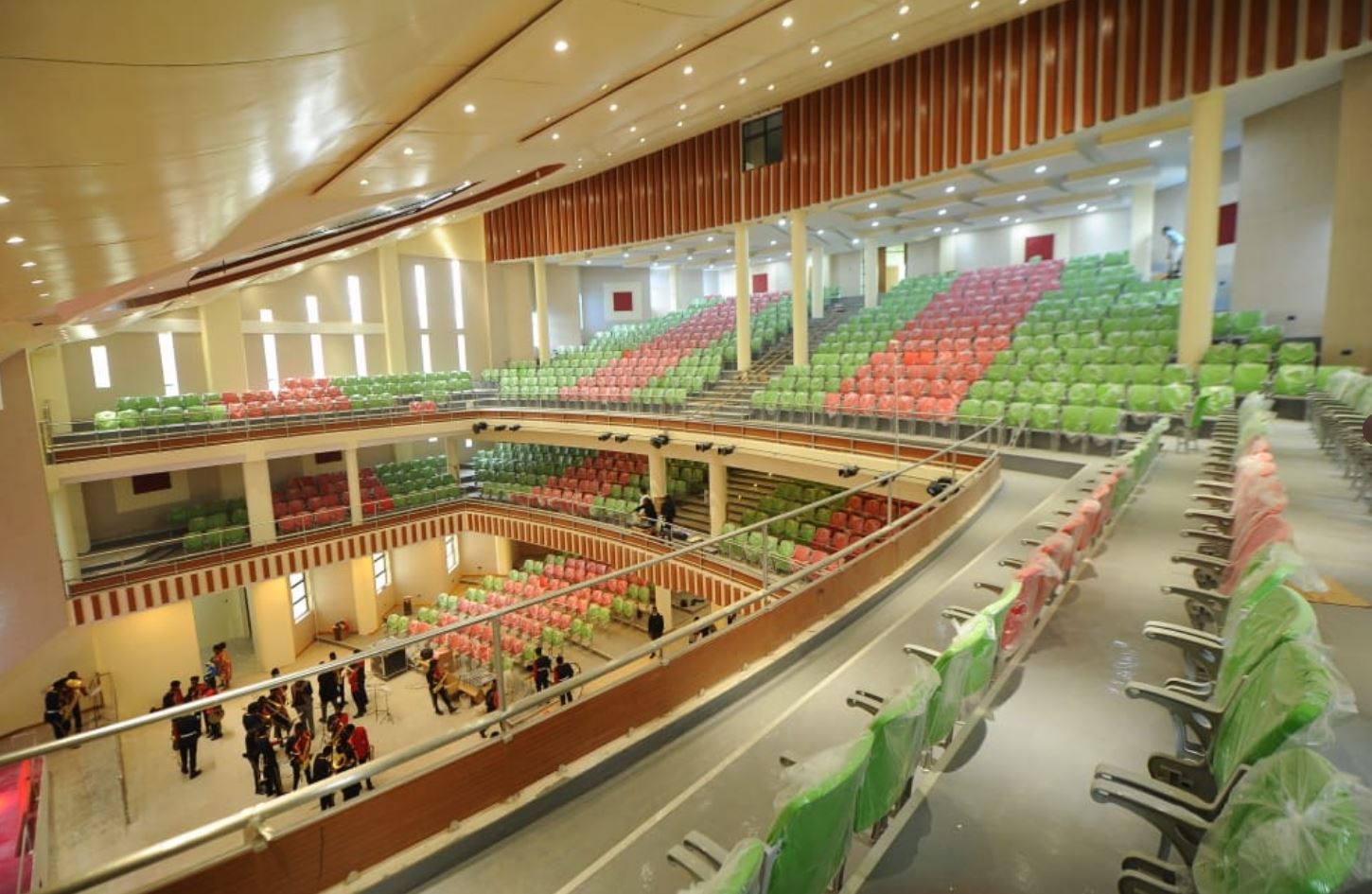 “I’ll have my colleagues at the immigration department call the vice-chancellor today and then we will get you an officer who will immediately begin addressing the issues of foreign students.”

On top of holding University events, the multi-million Shilling convention centre will also be used for other external conferences and meetings.

President Kenyatta Woos Scottish Investors to Kenya and Africa < Previous
British Soldier Punished for Lifting Kenyan Woman’s Skirt in Nanyuki Next >
Recommended stories you may like: