Ida Odinga: My Relationship With Rachel Ruto is Not as Great as With Margaret Kenyatta 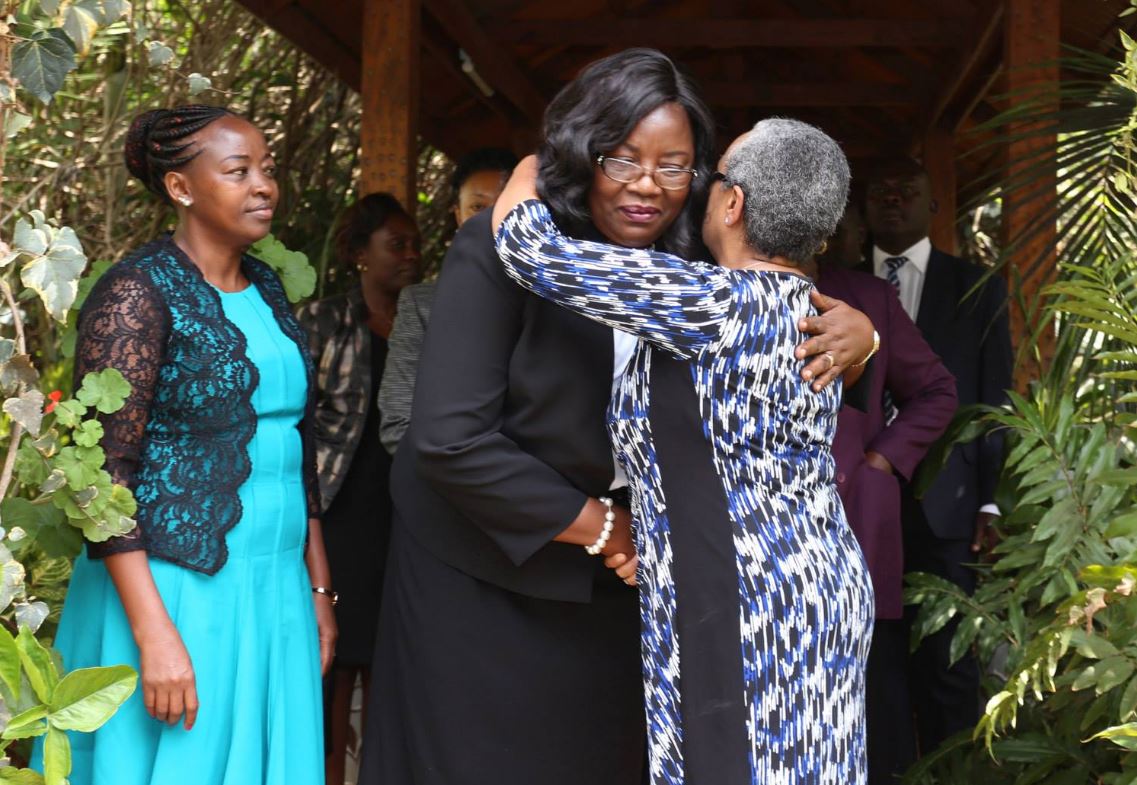 Raila Odinga’s wife Ida Odinga has opened up about her relationship with both First Lady Margaret Kenyatta and Second Lady Rachel Ruto.

Ida is seeking to replace Margaret as the custodian of State House, a position also being sought by Deputy President William Ruto’s wife Rachel.

Speaking to the Nation, Ida said that she enjoys a better relationship with Margaret than she does with Rachel. Perhaps that is expected being that their husbands also find themselves in similar boats.

She said that her relationship with Rachel at the moment is strained and uncomfortable.

She did however say that they are cordial enough, only that they do not meet often owing to the current political environment.

“With Margaret, we are easy but for Rachel, I know with the current political situation, she may not be comfortable but what Kenyans should know is that politics is not enmity,” she said.

“In fact, we are friends although we don’t meet often. But I need not ask for permission from anyone to meet anybody,” she insisted.

Ida added that although she thinks they would be easy with Rachel if they interacted more, she doubts her husband (Ruto) would be comfortable with that arrangement.

“Even with Rachel we would be easy, but I know it won’t be easy for her. The spouse may not allow her to engage me for obvious political reasons. He may not like it.”

On her side, she said that her husband Raila does not influence who she mingles with.

Ida’s latest sentiments contradict what she said in a past interview. Then, she said that by virtue of having been in ODM together and doing a lot of campaigns together, she felt closer to Rachel than to Margaret Kenyatta.

“I tend to know Rachel Ruto a little bit more than all the others because when we were still in ODM we interacted a lot and we did a lot of campaigns together but even after that, we’ve met for a cup of tea a couple of times,” she stated then.

However, a lot has happened in the past 4 years.

Mobile Lenders Under Investigation For ‘Debt Shaming’ Borrowers To Friends and Family < Previous
James Mwangi To Retire from Equity Bank Role After 2032 Next >
Recommended stories you may like: