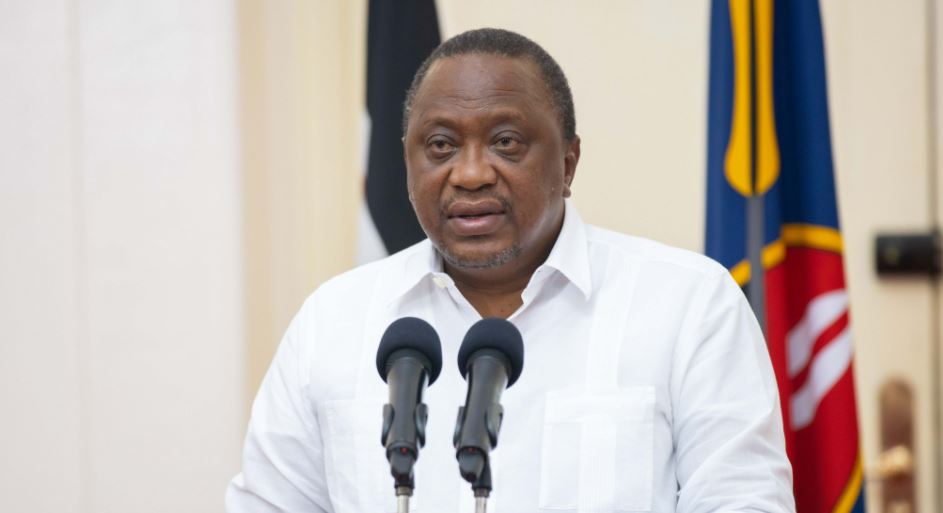 President Uhuru Kenyatta has said Kenya’s ambition is to become a continental leader in sustainable development by scaling up usage of low carbon transportation systems and practising smart agriculture.

The Head of State, who spoke on Wednesday during the opening of the IGAD Climate Prediction and Application Centre (ICPAC) in Kajiado County, said the country had made tremendous progress in green energy utilization and was on course to supporting other Horn of Africa nations to develop their renewable energy capacities.

He said Kenya’s continued investments in renewable energy had earned the country global recognition adding that the country is now keen on partnering with stakeholders such as IGAD in the promotion of green industries.

“We are also committed to be leaders in achieving a circular economy, through efficient waste management systems and sustainable production methods. Significantly, we seek accelerated recovery through green industries and jobs, with institutions such as IGAD.

“I reiterate once again our commitment to reduce carbon emissions by building resilience in our communities and play our part in supporting the transition to a net-zero carbon emissions in our economy, the IGAD region and also in our great continent of Africa,” the President said.

ICPAC is a Climate Center accredited by the World Meteorological Organization that provides climate services to eleven East African nations. Services provided by the centre are aimed at creating resilience in a region deeply affected by climate change and extreme weather patterns.

In the recorded video address, the President hailed the new facility as a giant step in the fight against climate change on the region pointing out that the centre will harness innovative technologies and knowledge to advance climate related work.

“Indeed, the establishment of this Inter-Governmental Authority on Development (IGAD) and the IGAD Climate Prediction and Applications Centre has been a response to the recurring droughts and other natural disasters in our region.

“I am pleased to note that the centre has over the years, enabled the Horn of Africa to grow a cadre of climate scientists; and created strong networks with other regional and international organizations, to provide evidence-based approaches towards the empowerment of vulnerable populations in our region,” the President said.

In his address, Environment and Forestry CS Keriako Tobiko said Kenya’s key economic drivers were vulnerable to climate change and thanked ICPAC for the important role it is playing in supporting vulnerable communities to adapt to the phenomenon.

“Increasing temperatures and recurrent droughts contribute to severe crop and livestock losses, leading to famine, displacement, and other threats to human health and comfort. Climate change in Kenya is therefore, increasingly impacting the lives of citizens and the environment,” CS Tobiko said.

“This helps better track NDCs, allows updating data in real-time, allows setting up of a database that enables comparisons and centralizes reporting in a single place. This will support countries from our region comply with the Paris Agreement,” the CS noted.

SAD! Boy Set on Fire By Brothers Succumbs < Previous
Ngirici: My Academic Certificates are Genuine Next >
Recommended stories you may like: