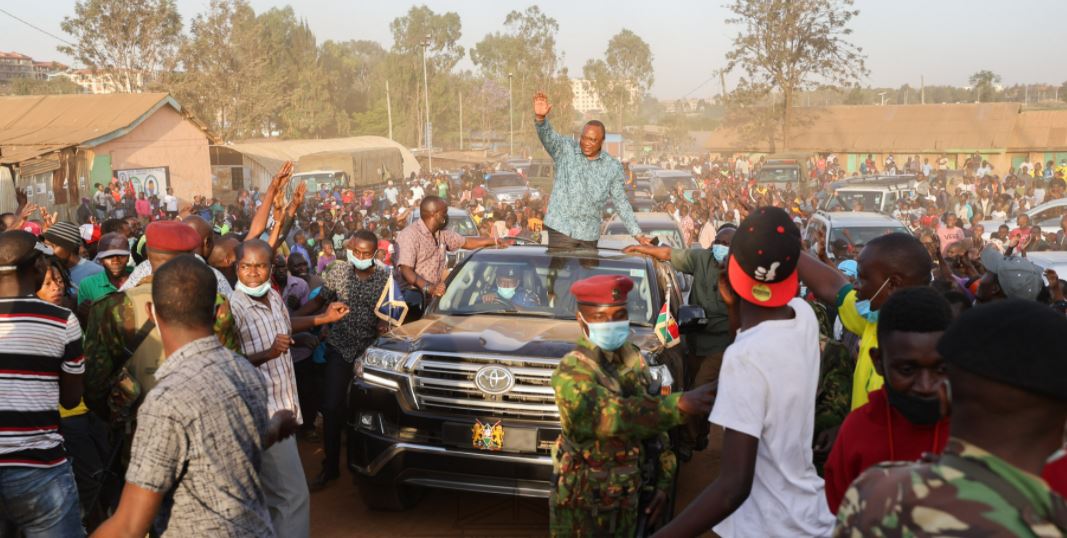 Speaking to area residents who turned out to welcome him, the President who was accompanied by former Prime Minister Raila Odinga, said the new Kibra and Undugu Highrise health facilities would help decongest Mbagathi and Kenyatta National hospitals.

He said the hospitals, developed by the Nairobi Metropolitan Service (NMS), are part of the ongoing roll out of the Universal Health Coverage (UHC) component of the Big 4 development agenda.

“We move forward towards achieving universal healthcare for all. A universal healthcare as we now call it UHC is one of the four key national development targets with an aspiration that all persons in Kenya will be able to access quality and affordable essential services that they need for their health and wellbeing through a single unified benefit package without the risk of financial catastrophe,” the President said.

The Head of State said that despite Nairobi being the country’s capital, with a population of almost five million people, over 40 percent of residents rely on the Kenyatta National Hospital as their primary healthcare provider, and regretted that lack of adequate health facilities had led to a high disease burden and mortality rates.

As part of the Government’s march towards the attainment of UHC in Nairobi, the President said NMS had completed 13 hospitals out of the 28 hospitals being constructed across the city’s 17 subcounties, largely located in informal settlements and under-served neighborhoods.

“This program has now expanded to target the construction of 28 new hospitals and the expansion as well as the rehabilitation of four more hospitals across the county.

“We have so far commissioned a total of 13 hospitals, the first being in Uthiru Level three hospital which we commissioned in February 2021,” the President said.

The Head of State, who also launched a fleet of ambulances that will enhance delivery of emergency healthcare in the populous Kibera informal settlement, pointed out the new health facilities are a proof of his commitment to improving the lives of Kenyans, reiterating that he had no time for empty political rhetoric.

“I told you that I will not be wasting time talking, but you will see my response to issues through actions,” the President, who was also accompanied by NMS Director General Mohamed Badi, said.

Once again, the President called for unity of purpose among Kenyans noting that since his ‘handshake’ with former Prime Minister Raila Odinga, the country had continued to enjoy tranquility that has enabled accelerated roll out of development projects across the nation.

On his part, Hon Raila said the unveiling of the new health facilities was a timely intervention, noting that the hospitals will offer quality and affordable healthcare to residents of Kibera.

The opposition leader commended President Kenyatta for his development record saying, “we have seen alot of development projects taking place and we appreciate”.

The President who inspected several infrastructural projects within Kibera also launched the rehabilitation Uhuru Park, a project that will see the public park transformed into a modern recreational facility equipped with art studios, green areas and other social amenities. 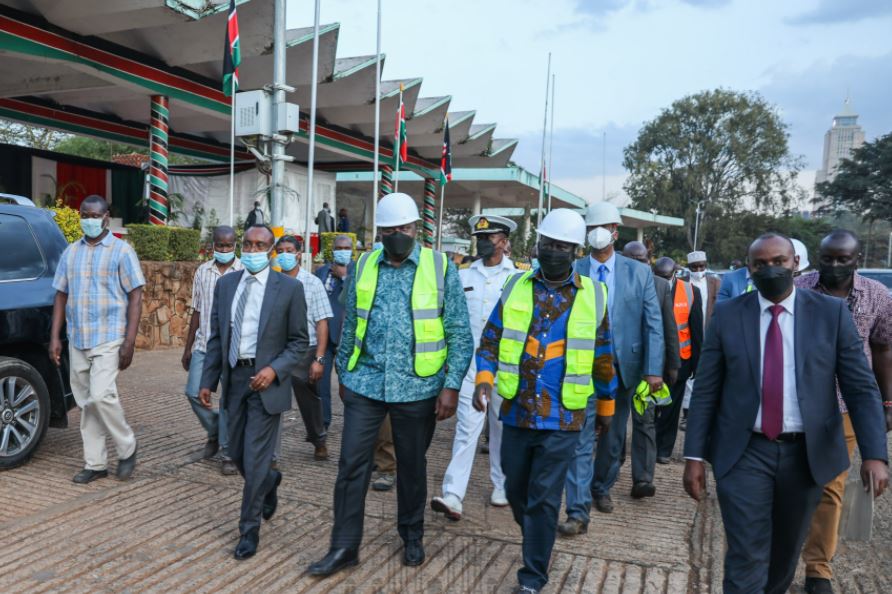 Prev1 of 13Next
Use your ← → (arrow) keys to browse
All The Trending Memes and Tweets This Thursday < Previous
Jowie Called Me at 2 AM To Ask If I Had Paraffin, Witness Testifies Next >
Recommended stories you may like: