Shock and horror have engulfed residents of Ndururumo village in Kandara, Murang’a County after a woman killed her husband in cold blood.

Margaret Wanjiru Ndung’u, 65, allegedly killed Ndung’u Mugachia, 99, on Sunday at around 7.30 am by slitting his throat and hacking him with a machete.

According to the Directorate of Criminal Investigations (DCI), the deceased had just woken up and was warming himself by the fire in his son’s house before his wife attacked him.

“The deceased’s daughter-in-law Betty Wanyoike told our Kandara based detectives that the suspect had picked a quarrel with her husband before she dashed to the kitchen and came back wielding a machete,” the DCI said in a statement.

“She then slit her husband’s neck open and dealt him a final blow, by hacking his head just above the right ear.”

The family of the deceased said two had been living a life of conflict, “regarding the paternity of children, family land and suspicions of infidelity”.

They had been married for 52 years and have six children.

“She has been in and out of this marriage. For the 52 years that they have been man and wife under customary law, they have lived together for about 15 years,” said Mr Dunson Ngigi, Mugachia’s younger brother. 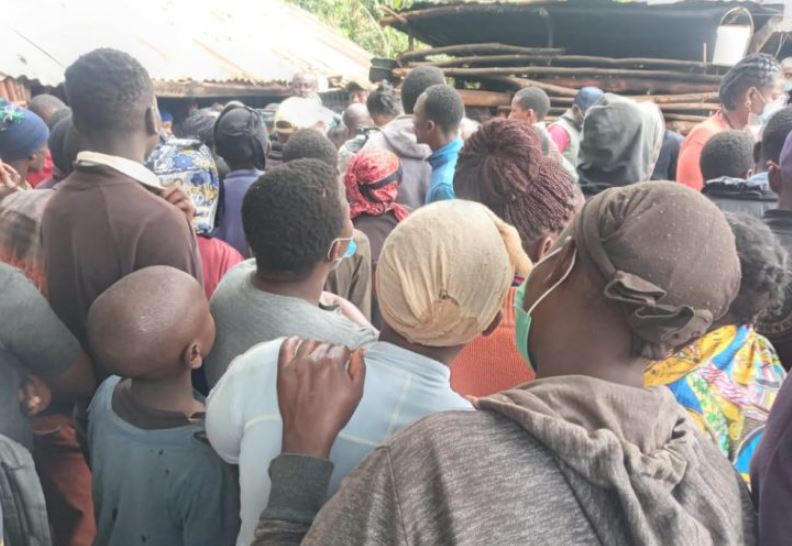 According to Ngigi, the woman was against her husband being given money or food.

“There was a time in 2019 when we contemplated taking him to a rescue home for the elderly but she threatened us with all manner of repercussions,” said Marion Nduta, a grandchild in the family.

“Preliminary investigations indicate that the suspect was quarreling her daughter-in-law who had given the deceased breakfast. The husband came out to defend the daughter-in-law and that is when hell broke lose,” Kandara police boss Catherine Ringera said.

“I was too shocked to even scream. I have never seen my mother-in-law in such a rage; she was not herself. I passed out when I saw her sink the machete into my father’s neck,” she told investigators.

“The suspect is in our custody waiting for investigations to be concluded and [we will] arraign her to answer to murder charges,” Ms Ringera said.

Get Vaccinated So We Can Reopen the Country, Govt Urges Kenyans as More COVID-19 Vaccines Arrive < Previous
Download the Bet9ja mobile app for convenient betting at the bookmaker office Next >
Recommended stories you may like: