A gunman who shot and seriously injured two police officers and a woman at Quiver Lounge along Thika Road, Nairobi on Friday night is a civilian who is armed and dangerous, police have said.

Detectives have since established the identity of the suspect as one Dickson Mararo.

“The more he continues to be on the run, the more we continue to categorise him as a terrorist because all his actions amount to what is defined as an act of terror,” Kasarani Sub-county Police Commander Peter Mwanzo said.

A detective privy to the investigations said that witnesses who saw the suspect flee the scene after the shoot-out captured the registration number of a Toyota Landcruiser he left the scene with.

“He is needed for questioning on what had taken place at the joint. If he was not the one who was driving the car, he should give us the person who was with the vehicle on that day,” the detective said.

The assailant was caught on CCTV dressed in a white shirt with blue patterns and black trousers. He was seen approaching the victims and after a brief chat, he drew his gun and fired three times.

The victims were identified as Constable Festus Musyoka attached to Starehe Directorate of Criminal Investigations (DCI) and Constable Lawrence Muturi, attached to Kasarani’s petty crimes unit. The woman was identified Felistas Nziza, a waitress at Quiver.

Musyoka and Nzisa were rushed to Neema Uhai Hospital for treatment before they were referred to Nairobi Hospital while Muturi checked himself at Radiant Hospital and was later discharged.

“Two of the victims are in serious condition while the other is yet to recover. All we are now focused on is how we shall nab the owner of the car,” Kasarani Police boss Mwanzo said.

UPDATE: Dickson Mararo surrendered himself to authorities on Monday accompanied by his lawyer Cliff Ombeta.

The lawyer explained that his client was provoked by the two officers, leading to the shooting. Apparently, the cops were making advances at Mararo’s girlfriend.

“He had been provoked quite a number of times by the officers who kept on hitting on his girlfriend and trying to talk to her even at the times he went to the washrooms, they would make passes and follow her everywhere she went.

“It reached a breaking point whereby he had to involve the bouncer, and as you could see in the CCTV footage, the officers also tried to confront the bouncer while trying to attack my client,” Ombeta said.

Mararo also denied being a gangster as reported in the media saying he is a reputable businessman. He added that he was not on the run from the police but was waiting for things to cool down before recording a police statement. 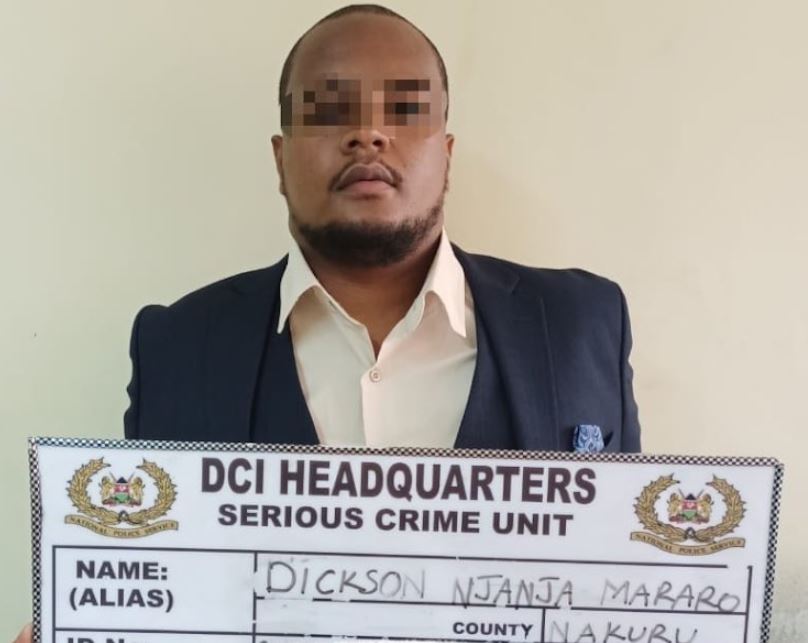 Court Rules On Deferment of Sharon Otieno Murder Case < Previous
Decomposing Body of Butchered KMTC Student Found in Homa Bay Next >
Recommended stories you may like: