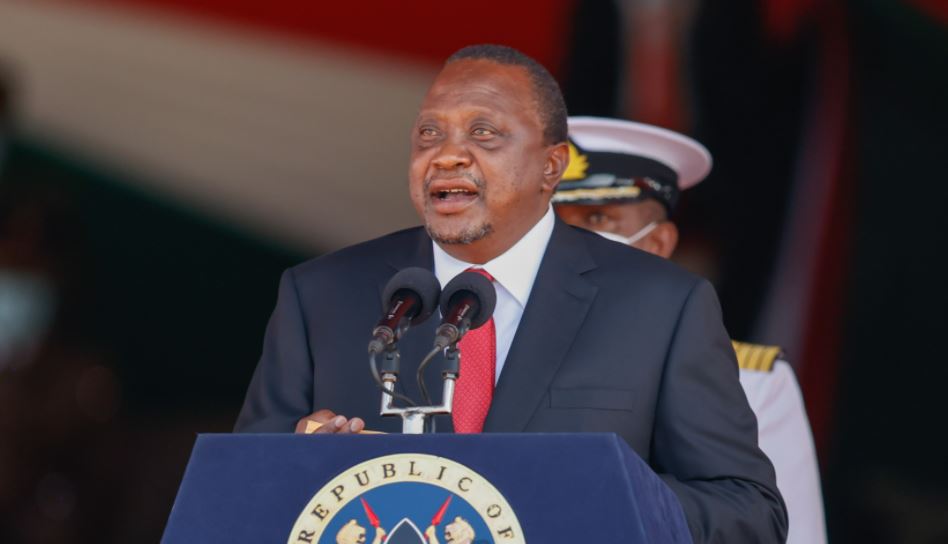 Nearly half of Kenyans will remember President Uhuru Kenyatta for rolling out major infrastructural projects such as the Standard Gauge Railway. This is according to a new survey that was released on Tuesday by research firm Tifa.

“By far, most Kenyans (almost half: 47%) consider infrastructure the most positive accomplishment for which the President will be remembered,” Tifa Research said.

The survey further listed the handshake with former Prime Minister Raila Odinga as another positive achievement of Uhuru’s legacy, with 10% of Kenyans saying the president enhanced national unity, especially after the divisive 2017 general elections.

Other positives in Uhuru’s legacy include the extension of the country’s electricity grid through the last mile connectivity(4%), and the provision of jobs and or financial support for the needy (4%), and reducing the cost of education (2%).

Regarding the President’s overall legacy, Tifa Research says with a full year remaining until the end of his final term, ‘there remains considerable time for this legacy to be more precisely defined,’ even if not all the factors that determine such a legacy are subject to his direct control or even indirect influence.

”The overwhelming perception of Kenyans as to the country’s current challenges are economic, specifically, the cost-of-living and unemployment (both at 27%),” the Poll indicated.

On the other hand, Uhuru’s tenure was tainted by the increasing public debt, with 18 percent of the respondents saying it was the most negative factor of his administration.

The poll also shows that 11 percent of Kenyans believed that cases of corruption increased during Uhuru’s tenure.

Five percent of Kenyans believed that Uhuru violated the Constitution while two percent said that he betrayed his Deputy President William Ruto.

The Trending Pics in Nairobi This Wednesday < Previous
Raila’s Comment on Mejja’s ‘Tabia Za Wakenya’ Sparks Wild Reactions Next >
Recommended stories you may like: