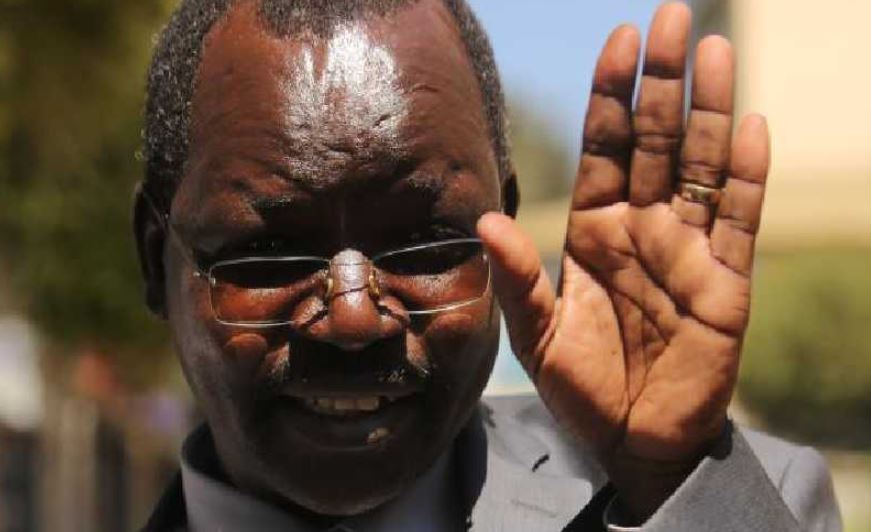 West Pokot Governor John Lonyangapuo, the only county chief elected on a KANU ticket, has quit the party.

Speaking in Makutano, Lonyangapuo cited frustration from top Kanu leadership, whom he accused of plotting to sabotage his administration through the county assembly.

Lonyangapuo noted that he helped some of these leaders win seats in the 2017 General Election.

“Some people are against me, including those I used to campaign for. Mr Poghisio is my senator and without me, he could not be a senator. The Speaker vied as a woman rep and terribly fell head down and legs up. I brought her to be Speaker,” said Prof Lonyangapuo.

The governor also faulted his absentee deputy, Dr Atundonyang’, who works in Texas, United States as a neurosurgeon.

“[I appointed] the absentee deputy governor thinking that he will bring blessings and benefits to the Pokot community because he interacts with the whites but I have waited in vain. Recently, I was sick and they thought that they would take over but now they are surprised and that I am still roaring,” he said.

“He alleges that bursaries are being stolen. By whom yet you are the Deputy Governor? Who chased you?” he posed.

Lonyangapuo at the same time announced that he he had formed a new political outfit, which he will use to defend his seat in the 2022 elections.

The governor said the political outfit will have a national outlook, and will not only focus on the Pokot.

“My party is not Pochon (Pokot) as many purport. It has members and officials from across the country and it starts with Kenya ‘something’,” he said.

Adding: “People have been accusing me of leaving bigger parties to start a smaller one. Those who want to be president should come and kneel because there are no free things.”

Loading...
Hilarious Posts by Kenyans on Social Media For Your Monday Blues < Previous
CRAZY: Funny Memes Going Viral on Social Media Next >
Recommended stories you may like: