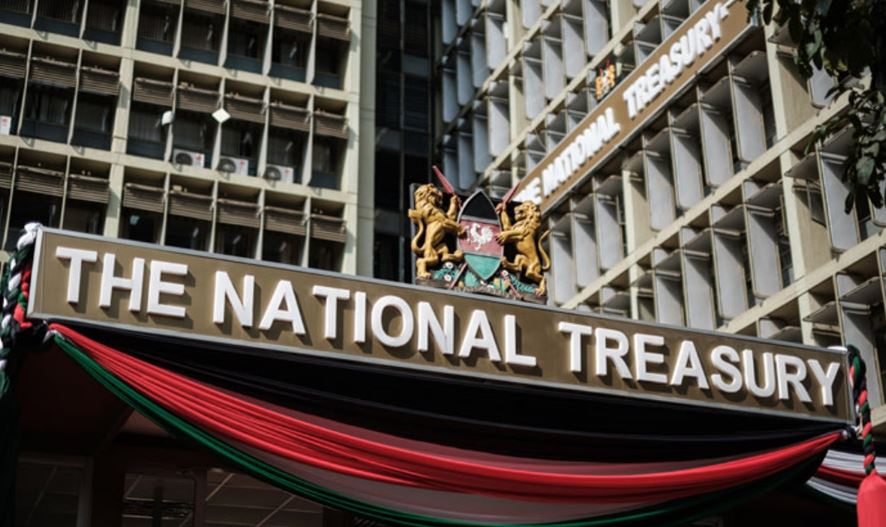 African republics have different political financial or social conditions. A lot of them are becoming major economies on the international market, such as Nigeria or South Africa and their capabilities are competing with developed countries.

Kenya was always playing an important political role on the continent but it is interesting to overview the economic conditions as well. While during the research on the financial conditions, three major characteristics appeared in the case of Kenya, one being the big debt, the second one being low financing and the third being new digital financial initiatives for Kenya.

As a result, the Treasury is actually claiming that it just borrowed Sh200 billion in the first half of this year, which is incorrect. At the same time, the Treasury reported in November 2020 that the public debt was Sh8.41 trillion in its Post Covid-19 Economic Recovery Strategy.

This means that the Treasury will be unable to repay Sh1 trillion in the fiscal year 2021-2022, which explains the need to lift the debt ceiling.

The Treasury argues that the difference is due to pledged but unpaid concessional loans in order to explain the disparity. Loans from the World Bank or the International Monetary Fund, for example, are often subject to terms that the country must fulfill in order to obtain them.

If the government has not yet met such requirements, it is dedicated but not yet paid. When it comes to paying for these unpaid debts, the Treasury is now cutting corners. When the government and an investor enter into a commitment, the loan is listed as a loss on government accounts, which says these loans can not be applied to the stock of public debt. As a result, unpaid debts are a part of Kenya’s public debt ledger.

The main reasons for the increased debts appeared to be the increased crisis due to the global covid pandemic. It created a job shortage in the country and a lot of people were forced to find alternative sources of income, moreover, they were not able to leave their homes and had to do everything online.

This is when and why the demand on the financial markets, such as forex or cryptocurrencies increased dramatically. People massively started to learn to trade forex in order to generate some financial profits. The industry appeared to be ready to accomplish its wishes as it had huge capital, funds are floating very actively, it gives you the opportunity to make transactions worldwide without going out.

Experts now conclude that local banks’ inability to completely accept trade finance is stifling Kenya’s growth and regional exports to foreign markets. This comes as the world pushes for trade agreements, including the recently concluded Economic Partnership Agreement (EPA) with the United Kingdom and continuing negotiations with the United States on a Free Trade Agreement (FTA).

Though the country is attempting to expand its exports to the United States, it is only using 23% of the ability of the African Growth and Opportunity Act (AGOA), which removes import duties on products from participating African countries and expires in 2025.

According to Kenya’s Export Promotion Council, the country is only achieving 1% of its capacity in the garment and apparel industries, where ten countries account for nearly 80% of all US apparel imports, with China leading the pack with a 30% share. Costly loans are also making the country uncompetitive, according to a study by TradeMark East Africa and FSD Africa, where international banks fund 90% of trade.

For example, Kenya’s high-interest rates, which are above the Central Bank of Kenya’s base lending rate of 7%, make Kenyan manufacturers and traders uncompetitive in comparison to China and India, which have rates as low as 2%.

Other difficulties facing local manufacturers include the bill of materials or product structure (raw materials, sub-assemblies, intermediate assemblies, sub-components, bits, and the amounts of each required to manufacture an end product), cost of services such as water and energy, transportation costs, and labor, all of which, according to the council, are critical enablers if the country is to become competitive.

Low funding for SMEs is also stifling trade expansion, according to the African Development Bank (AfDB). This is based on bank risk profiling, which shows that SMEs account for 13% of non-performing loans in East Africa, according to the continental lender, highlighting poor creditworthiness and insufficient leverage as major challenges.

Though financing poses a significant risk to trade expansion, the Kenya Association of Manufacturers (KAM) is promoting ease of doing business in order to stay competitive in global export markets.

It also wants to secure a significant market share in the local market, which is being eroded by cheap imports, mostly from China. According to the Export Promotion Council, the Covid-19 pandemic was a blessing in disguise, as Kenyan exports increased by 25.5 percent, with notable rises in tea exports.

According to Kenya National Bureau of Statistics 2020 results, exports rose to Sh641.2 billion in 2020, up from Sh510.9 billion the year before, with Industrialisation, Exchange, and Enterprise Development CS Betty Maina noting that the country has continued to reduce its massive trade deficit.

Uganda (a major trade partner), the United Kingdom (vegetables), Pakistan (mostly tea), the Netherlands (flowers and vegetables), and Tanzania (industrial products and food commodities) were among the top destinations for domestic exports.

While cash is unlikely to vanish in Africa anytime soon, an increasing number of digital finance initiatives, including two recently announced in Kenya and Nigeria, can help to speed up the transition. Telkom is a company based in East Africa. Kenya has announced plans to create a youth-focused digital wallet to counteract financial isolation caused by the ongoing pandemic, according to the nation.

The operator has agreed to collaborate with the National Youth Council of Kenya (NYCK), which is part of the Ministry of ICT, to develop Fursa, a forum that enables the council to disburse funds to young people in a simple, fast, safe, and timely manner. Trust in a third party According to the Financial Sector Deepening (FSD) Kenya, 23 percent of Kenya’s 18-25-year-olds are unable to access financial resources and goods, and financial services companies have no options aimed at them.

Other features will be added to Fursa, such as a membership management scheme, financial reconciliation, deposits and pensions, and an experienced board for career matching, e-learning, and experiential ability growth.

Meanwhile, PurplePay, a digital payment service provider in Nigeria, has released a mobile pay solution application that it plans to expand to other countries in the future. It is defined as a cost-effective, simple, and secure method of sending and receiving money, paying bills, and topping up airtime at any time and from any place.

Kenya’s Covid-19 Death Toll Surpasses 3,000 < Previous
How Bitcoin Network Works, and How is it Secure? Next >
Recommended stories you may like: