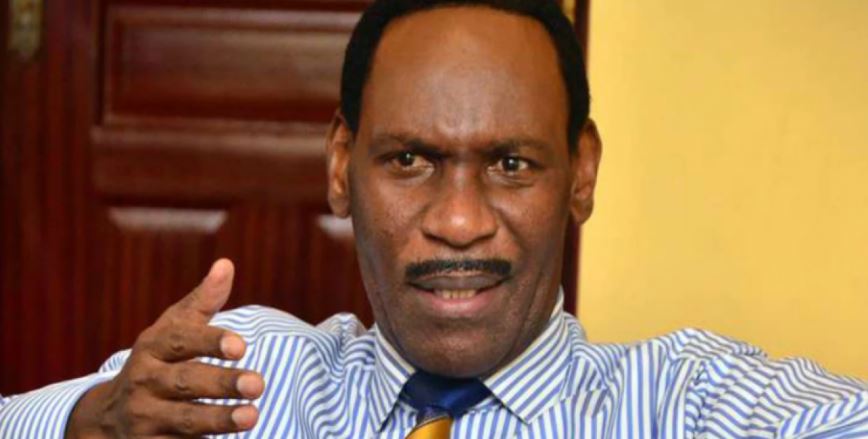 Kenya Film Classification Board (KFCB) CEO Ezekiel Mutua took his infamous ‘morality cop’ and ‘deputy Jesus’ tags a notch higher on Wednesday as he lashed out at Kenyans for complaining about corruption.

In a series of posts on Twitter, Mutua accused Kenyans of double standards saying most of them are corrupt but only lack an opportunity to practice the vice.

“Most Kenyans are corrupt, they only lack the opportunity to steal. You can rant till cows come home, but majority of the people making noise on social media always elect their corrupt tribal kingpins, in the hope of eating together. It’s all about the opportunity to eat. SAD!” read one of the tweets.

“Right daktari, BUT I hope you are not saying you won’t censor a same-sex movie if I bribe you!” Makau Mutua tweeted.

In his response, Ezekiel Mutua dared Makau Mutua to try and bribe adding that he turned such overtures when he banned the lesbian film, Rafiki.

“Try! When I banned Rafiki, I got such overtures. LGBT guys wanted that film so bad that they were willing to bribe people to get it approved. I stood my ground. Someone more senior was compromised and wrote a letter terminating my contract. He himself was sacked so publicly!” said the ‘moral cop’. 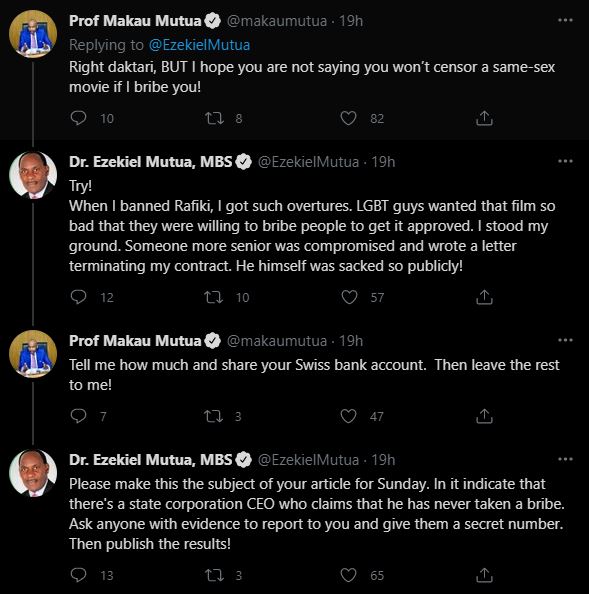 In another tweet, Ezekiel Mutua took aim at Kenyans complaining about bad governance.

“Those shouting about corruption and bad governance are the ones who demand for money from people vying for political offices. They do not elect leaders on their ability to lead, but on the basis of who can give handouts. It’s difficult to be elected in Kenya without money,” he tweeted.

Mutua further spared some words for ‘social media bullies and keyboard warriors”. He told them: “You are the most irresponsible people on earth. You have no moral authority to demand accountability from anyone when you hide behind anonymity to insult people. You do it with impunity because you can’t be held to account!”

Kenya in Advanced Talks For Another Multibillion Loan < Previous
This is What’s Trending in Nairobi Today Next >
Recommended stories you may like: