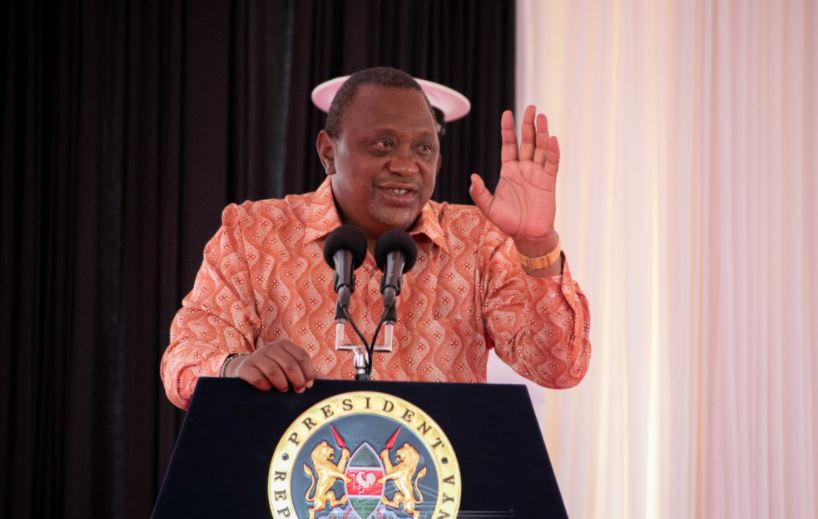 “Today we are meeting as partners in a common cause – to forge a shared vision as we advance progress in Kenya and globally.

“As friends, partners and allies we are more successful when we understand each other’s vision and aspirations, and work together to fulfil it,” the President said.

The President, who spoke Thursday morning at State House, Nairobi during this year’s annual Presidential briefing to the diplomatic corps, thanked the envoys for the support Kenya continues to receive from the international community in the fight against Covid-19.

“On behalf of a grateful nation, I thank many of you for the support you extended to us in our effort to contain the Pandemic,” the President said.

The Head of State appraised the envoys on key local and regional developments, and explained Kenya’s position on several global issues saying the meeting was a demonstration of the country’s strong democratic credentials.

“These interactions typify our commitment to foster greater understanding, deepen our partnerships and leverage opportunities for the common good,” noted the President.

He said Kenya will continue working to secure its economic future, deepen democracy, ensure equitable distribution of national resources and manage its diversity by partnering with others. 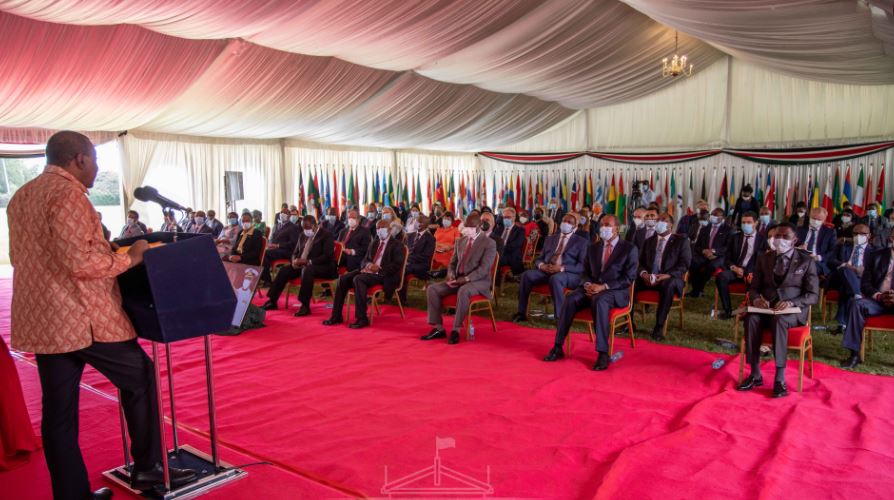 On the economy, the President noted that Kenya’s aspirations are succinctly outlined in the country’s Vision 2030 blueprint saying, his administration’s focus is to “build a united country with a fast-growing economy” as captured in the Big 4 Agenda.

“Seven years into my term as President, I have focused on an agenda to build a united country with a fast-growing economy; where wealth is created and prosperity shared fairly amongst all citizens.

“This entails creating more and decent jobs, raising living standards of every Kenyan, ending inequality and lifting more Kenyans out of poverty,” he said.

President Kenyatta regretted that Covid-19 had slowed down the implementation of Big 4 Agenda programmes by diverting resources.

“Significant financial resources have had to be re-allocated to address the effects of the pandemic, amidst a slowdown in economic activity. The economic and social disruptions induced by the COVID-19 pandemic have eroded some of the progress we had made in recent years,” the President said.

The Head of State told the diplomats that the ongoing BBI law reform process was aimed at addressing some of Kenya’s longstanding challenges.

“…BBI is about perennial issues we need to address as a Nation–particularly political transitions, negative ethnicity; inclusion; equitable development and our fight against corruption,” he said.

The President assured the envoys that Kenya will continue playing its leading role as an anchor for regional peace and security saying geopolitical conflicts, desert locust invasion, climate change, Covid-19 and terrorism are some of the recent challenges that have worsened the region’s dire humanitarian situation.

However, President Kenyatta observed that there were positive developments in countries such as South Sudan and Sudan where peace and transitional processes remain on course.

The President also spoke about regional integration as an enabler for trade saying Kenya is fully committed to its regional and continental commitments.

“We remain firmly committed to our obligations and responsibilities at the East African Community, the Inter-Governmental Authority on Development (IGAD) as well as the Common Market for Eastern and Southern Africa (COMESA).

“Kenya also believes in the promise of Africa; we are fully committed to building new frameworks and developing innovative solutions; that are African inspired, African led and that speak to Africa’s needs and priorities,” he said.

He assured the diplomats that Kenya will continue working closely with UN Security Council member states to ensure that the organ discharges its mandate in an inclusive, responsive and consultative manner.

In her remarks, Foreign Affairs CS Amb Raychelle Omamo said Kenya was committed to multilateralism adding that the country appreciates the support it gets from the international community.