I Used To Miss Magufuli’s Calls and Get Shocked, Says Diamond 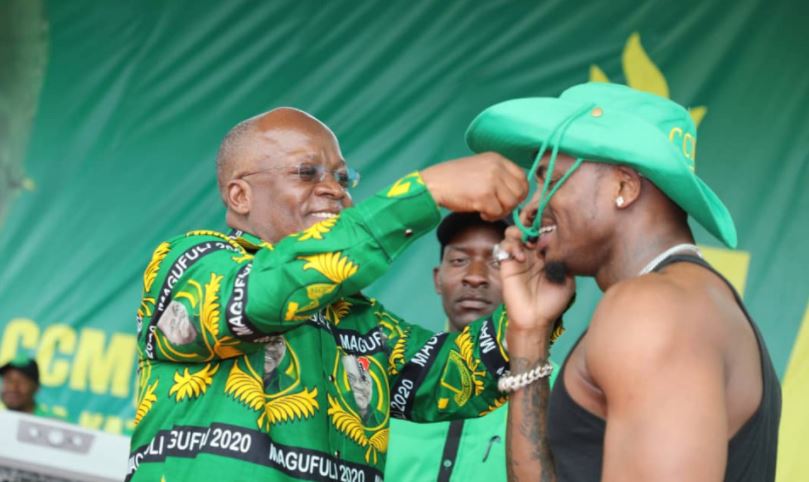 Bongo music star Diamond Platnumz continued to share details of his relationship with the late Tanzanian President John Magufuli, revealing the Head of State used to call him every now and then.

In one such instance, the deceased Magufuli called Diamond after his television station, Wasafi TV, was suspended.

“I was lucky to have the blessings of speaking to him from time to time on the phone. When my TV station was closed, he called me and asked what I had done this time around,” said Diamond during the burial of the late President.

“To say the truth, he helped me get it back and ease the ban. He asked me not to let him down anymore. He treated me like his son.”

Diamond also revealed he would miss the President’s calls before he(Magufuli) started calling the singer in the evenings.

“I used to get his missed calls and get shocked. He would call me in the morning and later changed and started calling me in the evenings.”

Diamond paid tribute to Magufuli in a song titled ‘Lala Salama’, alongside a host of Tanzanian artistes.

“We have tried in the few minutes of the song to say what he has done. We can’t finish saying all he did but we tried to praise him because we loved him and will always remember him.”