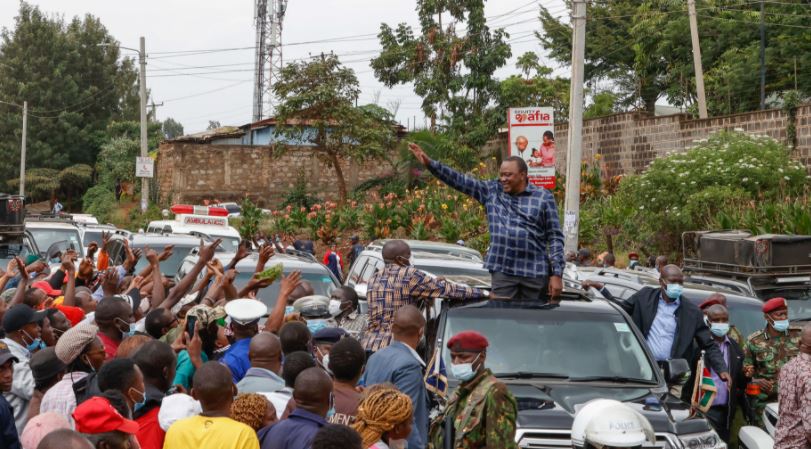 The projects launched by the Head of State included Uthiru-Muthua Health Centre in Kabete and Kiamaiko Dispensary in Mathare constituencies respectively. The two hospitals are part of 24 such facilities being developed by the Nairobi Metropolitan Service (NMS).

Addressing residents after commissioning the level 3 Uthiru-Muthua Health Centre and Muthua Community Water Supply project, President Kenyatta emphasized that his focus is the delivery of projects that will uplift the lives of Kenyans across the country.

“My major concern is to ensure that the lives of Kenyans are lifted through delivery of impactful projects like the health facility and water project that we have just commissioned. We promised and we have delivered,” President Kenyatta said.

The President at the same time censured politicians who are using doublespeak to divide Kenyans for political wins, saying the country requires unity and development not petty divisive politics.

He said it was wrong for leaders to incite Kenyans against one another on the basis of class and ethnicity, pointing out that the country will not realize its development goals in the absence of peace and harmonious co-existence.

“We will be able to attract investors who will put up factories and create jobs for our youth only when there is peace, when there is elaborate infrastructure and when there is unity among Kenyans. That way, we will lift Kenyans out of poverty,” President Kenyatta said.

The Head of State, who was accompanied by Water CS Sicily Kariuki and NMS Director General Mohammed Badi among other senior Government officials, inspected the ongoing construction of Kagondu Road in Dagoretti South before making a stopover at Dagoreti Market to acknowledge greetings from jubilant residents.

Speaking to residents who turned up to receive him, the President commended NMS and the Ministries of Health and Water for working together to take the essential services closer to wananchi.

On water supply in the informal settlements around Nairobi and its satellite towns, President Kenyatta assured residents that phase two of the water supply initiative implemented by NMS will connect water from central points to individual households.

“We want every Nairobi resident to get the services they deserve. That is why NMS is providing this water free of charge,” the President said.

At all the stops he made, President Kenyatta rallied residents to support the Building Bridges Initiative (BBI), saying the document contains crucial reforms that will transform the lives of Kenyans.

He said one of the key benefits of the reforms proposed in the BBI is the equitable allocation of resources that will ensure Kenyans receive equal share of the national cake irrespective of where they reside in the country.

“BBI will ensure that a child living in Huruma, Uthiru or any other informal settlement receive an equal share of bursary as their counterparts in any other part of our Republic,” President Kenyatta said.

The Head of State regretted that some insincere politicians were peddling lies against BBI while they are well aware that the proposals contained in the constitutional amendment would help uplift the lives of Kenyans. 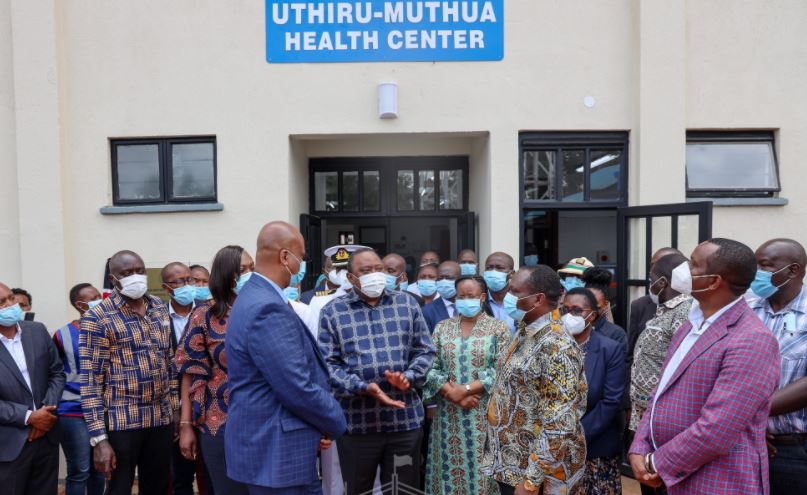 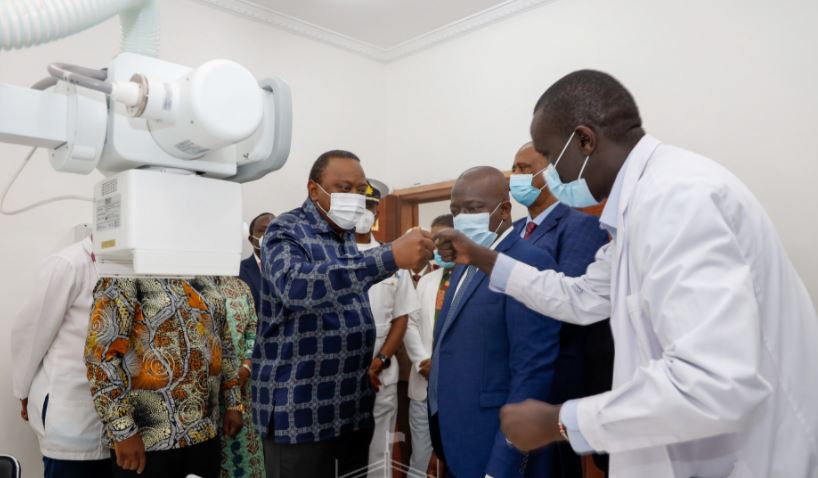 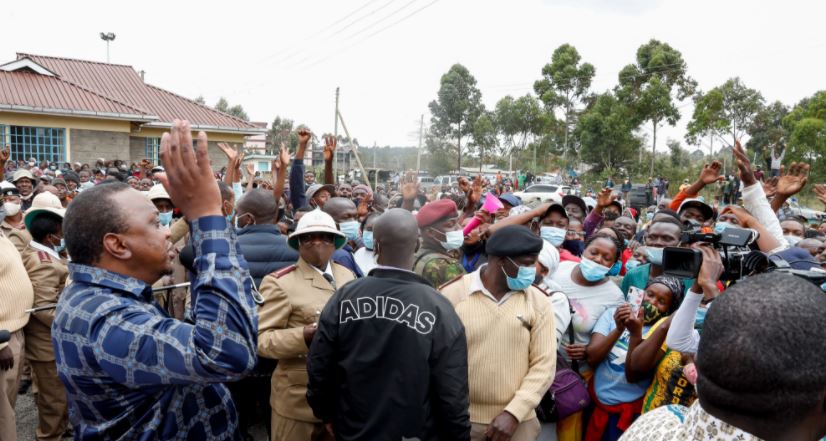 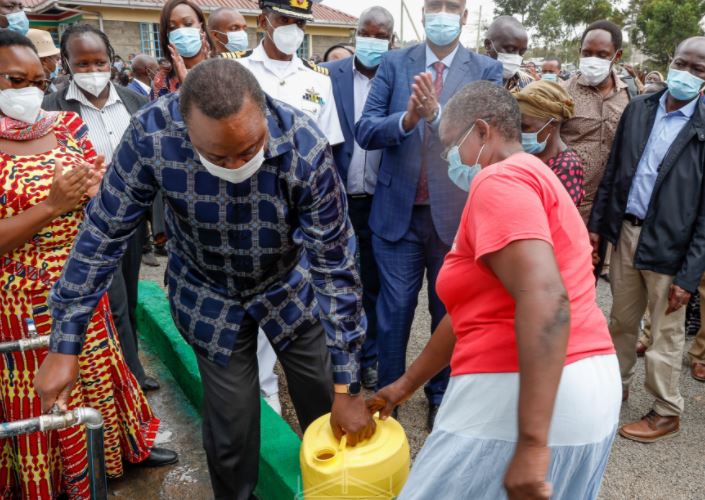 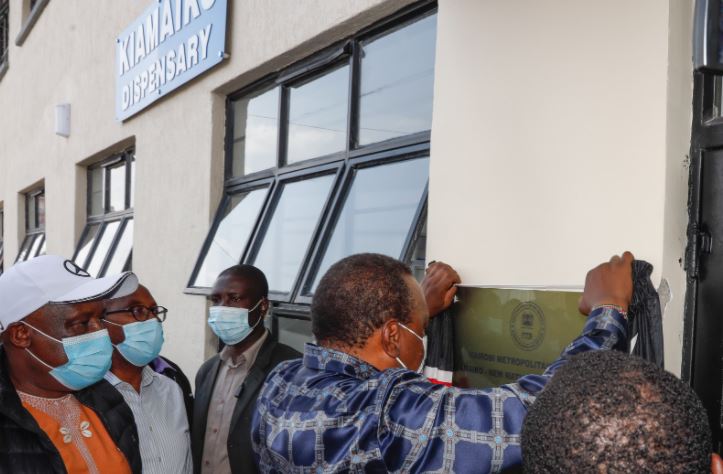 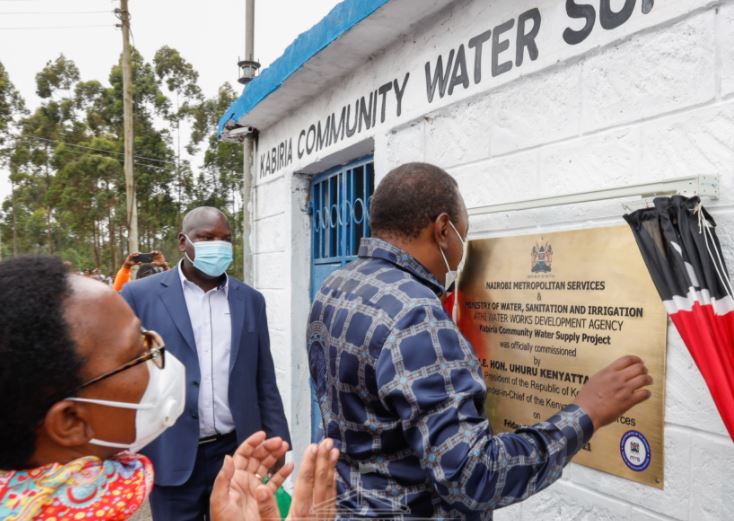 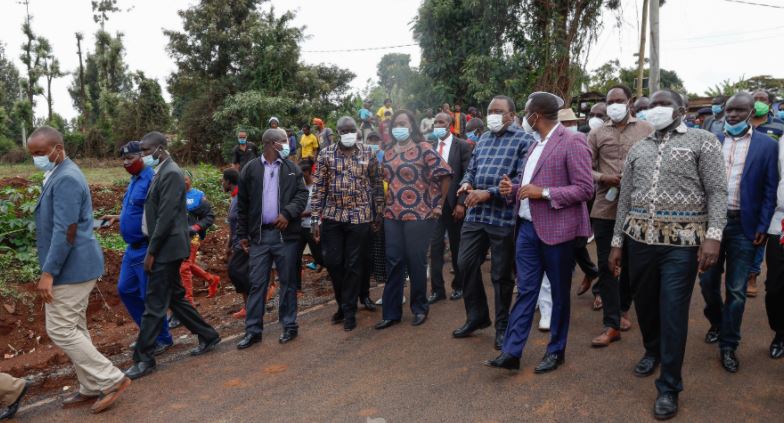 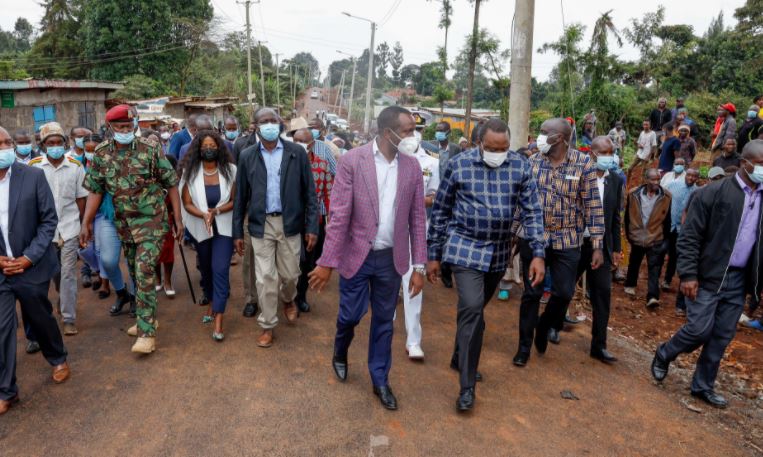 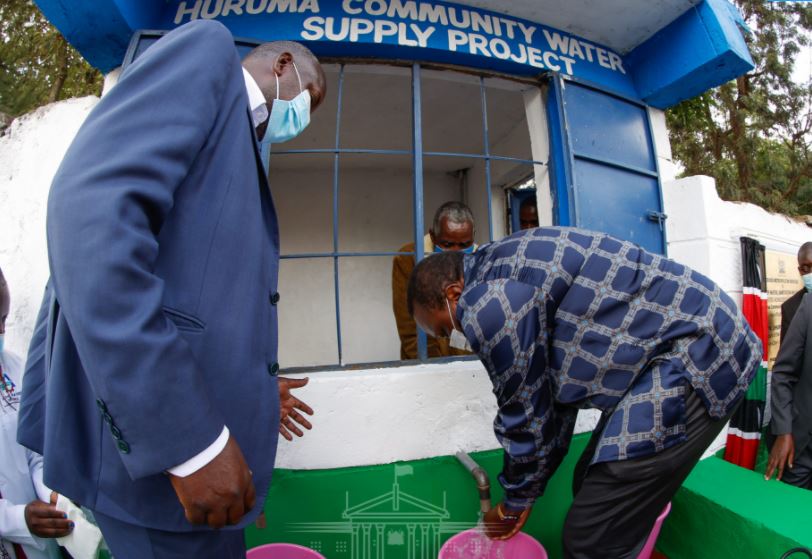 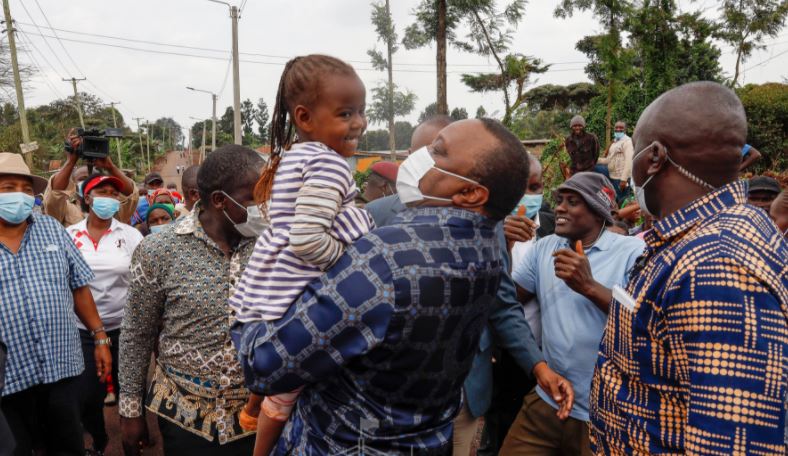