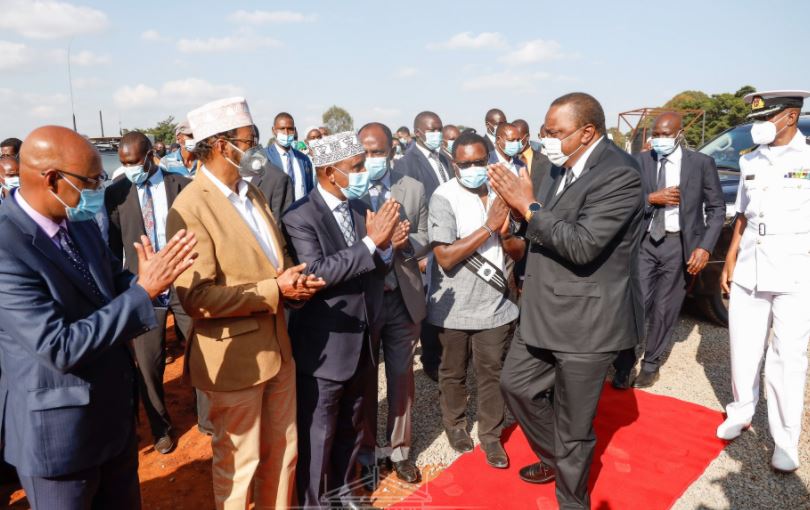 Speaking at the burial ceremony that was also attended by Deputy President Dr William Ruto and former Prime Minister Raila Odinga, the President eulogized Senator Haji as an outstanding leader who served the country with commitment throughout his life.

“I am here to convey my personal message of condolence to the family, relatives and friends of Mzee Haji.

“The death of Mzee Haji is a big loss not only to his family which has lost a father, a brother and a husband but also the whole nation which has lost a brave leader, a leader who stood for fairness and justice for all the people of Kenya,” the President said.

The Head of State said he had received messages of condolence from leaders of neighbouring states, appreciating the role Senator Haji played in restoring peace and stability in their countries.

President Kenyatta, who had earlier attended the burial of former Cabinet Secretary Simeon Nyachae in Kisii, said Senator Haji was a good role model to upcoming leaders across the country.

“At a personal level, Mzee Haji has walked with me throughout my political life and I benefitted immensely from his advice.

“We shall miss his words of wisdom and his devotion to serving the people of Kenya without asking for anything in return,” President Kenyatta said.

The President urged Kenyans to emulate the spirit of servant leadership espoused by the late Senator and assured the bereaved family of his personal support and that of other Kenyans of goodwill. 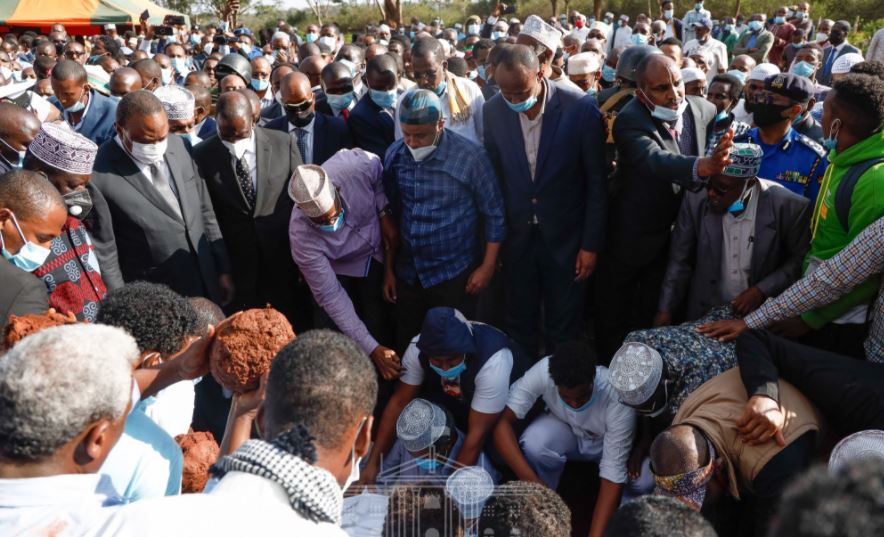 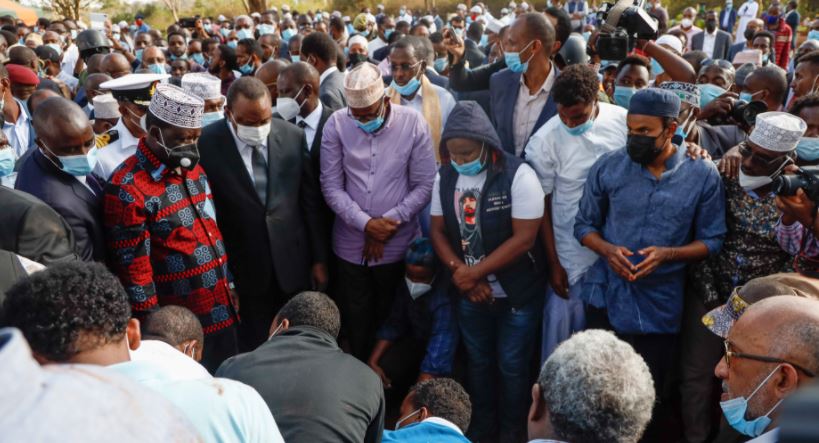 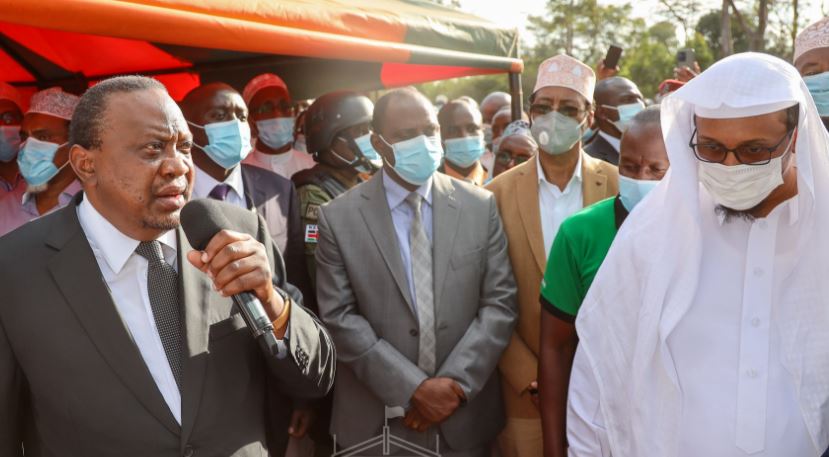 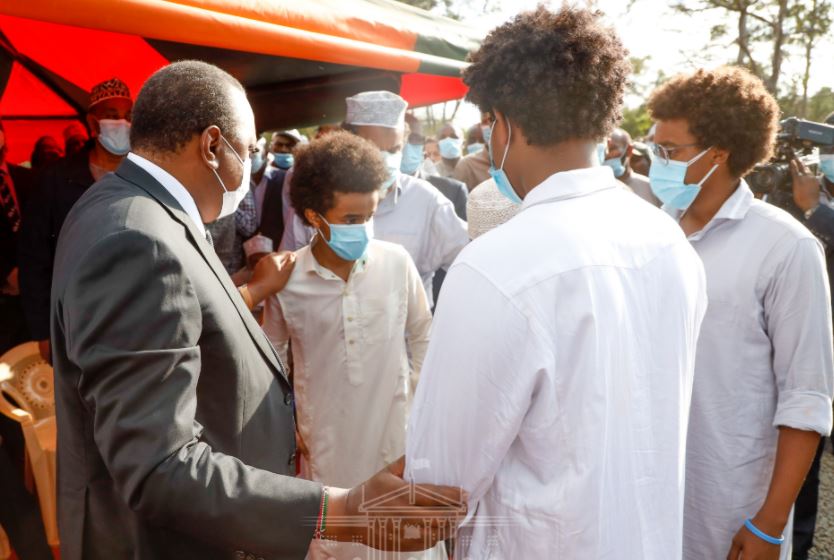 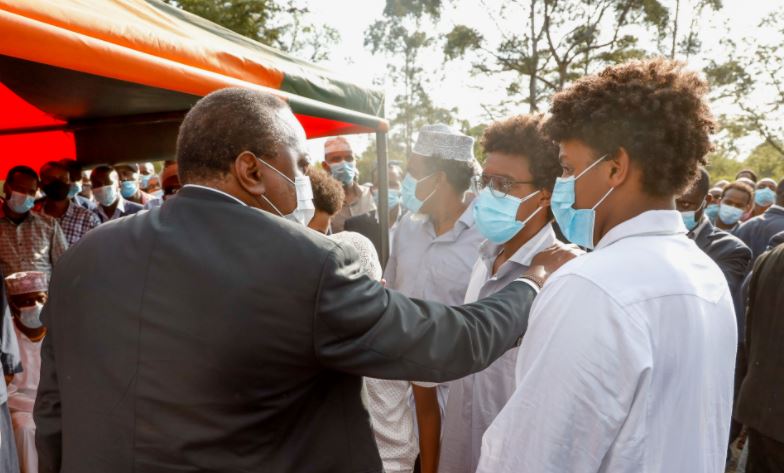 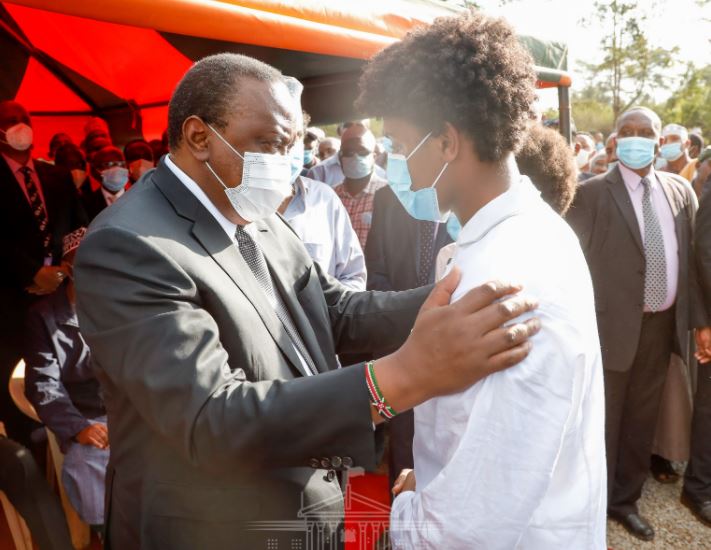 All The Trending Memes and Tweets This Tuesday < Previous
President Kenyatta Leads Kenyans In Giving Former Minister Nyachae A Hero’s Send-off Next >
Recommended stories you may like: