My Story: My Suicidal Mother Sent Me To Buy Rat Poison 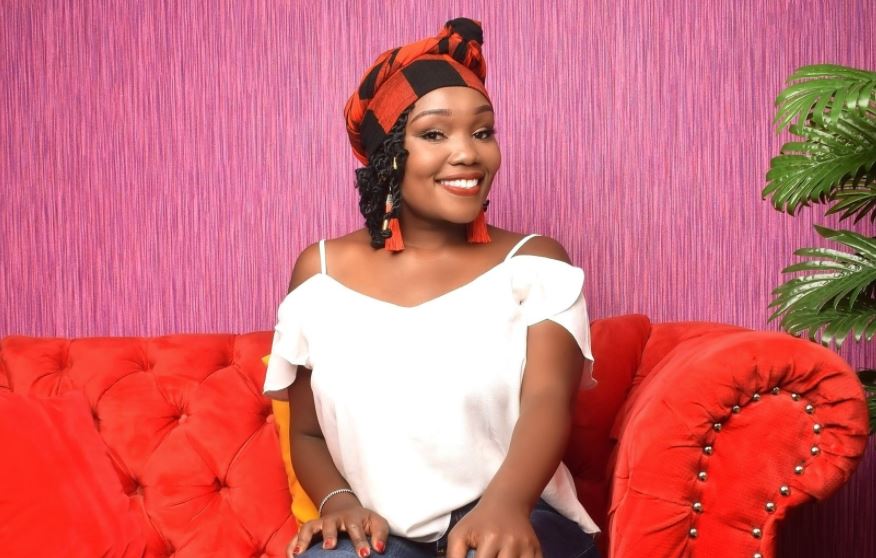 Joyce Wanjiru, 31, is a mental health advocate and the CEO of Impart A Generation. She became an advocate for children’s mental wellbeing after struggling with anxiety occasioned by domestic violence.

Wanjiru shared her experience with nation.africa and here’s her story:

“As a child, I suffered mentally as I witnessed my parents fight. That’s why today, I am a mental health advocate.

My struggle with anxiety began when I joined a boarding high school. I kept worrying that my mum would poison herself and my brothers too. So severe were anxiety attacks that I would struggle to breathe. I did not know who to talk to about my struggle. I just did the one thing I knew; pray.

Children who get exposed to domestic violence experience emotional, mental, and social damage. Some lose the ability to feel empathy while others feel socially isolated and are unable to make friends easily due to social discomfort or confusion over what is acceptable.

It all began in Kibera Laini Saba, from where I was raised. I am the firstborn in a family of five. My mum introduced us to the church at a young age and faith remains an important part of my life.

My parents ran a business that was then called ‘Marimari’ dealing with household items. They were doing well until my dad decided to buy a car. That car marked the beginning of our troubles. The business went down and we were forced to move to a smaller house. We ended up in a one-room house.

My father, depressed by his failed business, ended up in drinking dens. My mother became a hawker in town. She would leave early in the morning, head to CBD to hawk fruits, then come home very late. This meant that at times she would find us asleep. I would, at times, join her and we would hawk together.

We prayed that the city council people would not arrest her. Her arrest meant that she would not come home and we would therefore have no food. She always told me that education was what would help us. I gave it my best shot despite being a slow learner.

After primary school, I was lucky to get a scholarship for my high school education from an Australian well-wisher. I joined Gitwe Girls, performed well, and later joined the University of Nairobi.

On new year’s eve of 2005, my brother and I had gone for a night vigil. When we arrived home we found blood in the house. The door was not locked and everything was on the floor. I figured there must have been a big fight while we were away. I had no one to ask as my mum and small brother were not around. I panicked and could only pray that they were safe. We would later learn that my parents had had a big row. This wasn’t new; I had witnessed such depressing events countless times.

Before this fight, my mum was looking depressed, was crying most of the time and she had stopped going to hawk. All she would tell me was to pray for her. She was tired of life—the financial burden, my dad’s alcoholism, and the resultant violence.

One day, she sent me for rat poison, but sensing danger I refused to go buy. She had wanted to commit suicide.

My parent’s fights affected me a lot. Parents should understand that fighting in the presence of a child is detrimental.

This is among the reasons why I became a mental health advocate.

I started to Impart A Generation to help people understand that childhood trauma can affect a child’s mental health. I am also a peace ambassador elected by the Universal Peace Federation and a nominated social entrepreneur of the year by the Christian Women Entrepreneurs Network from South Africa.

According to Kenya Mental Health Policy 2015 -2030, as many as one out of every four Kenyans are likely to suffer from one form of mental illness. Additionally, five out of six Kenyans suffering from mental illnesses do not get to access mental health services.

Existing mental health support systems are either underfunded, understaffed, or are inaccessible by a larger majority of the Kenyans. Most facilities and services are based in Nairobi. Stigma is rife.

In 2019, during the World mental health day, we joined other mental health advocates in organising the first-ever mental Health Walk in Kenya that attracted about 2000 participants.

Last year, due to Covid-19 restrictions, together with other organisations, we held a virtual campaign for two months dubbed #Walk a mind. The campaign attracted about 4000 internet users. Suicide is preventable and we need to join hands and educate our communities.

To support children as they resume school we invited other organizations to come up with a solution.

In January, we started a teacher training which is offering free training on Psychological First Aid and Social-Emotional learning. This training will give teachers key skills in helping children transition to the new reality of studying with all the restrictions as well as adjust better to school after the break.

We have more than 300 teachers signed up for season one. We hope to roll out season two after the six weeks.”

CRAZY: Funny Pics/Memes Going Viral on Social Media < Previous
The Trending Memes and Tweets This Monday Next >
Recommended stories you may like: