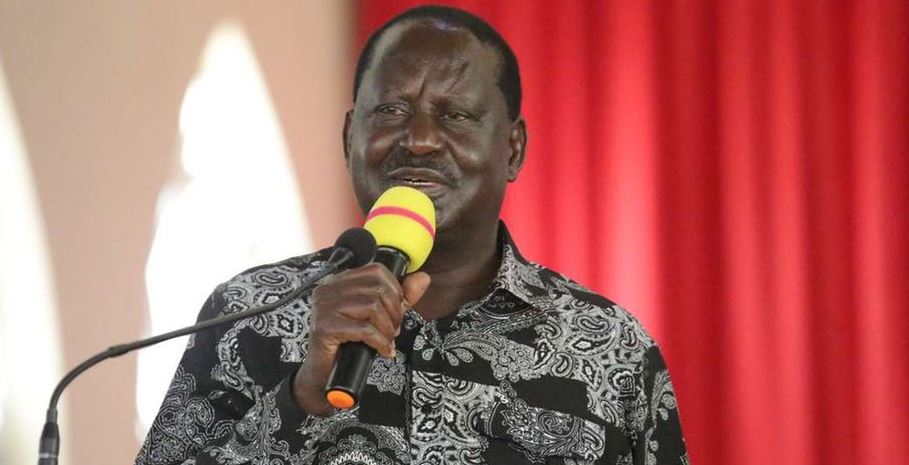 Former Prime Minister Raila Odinga has accused the Church of aiding graft by accepting monetary donations without questioning their source.

Speaking at St Stephen’s ACK Cathedral in Kisumu on Sunday, the ODM leader cited the Biblical story of Ananias and his wife Sapphira who sold property and retained what they were paid instead of surrendering it to the church.

“We must address corruption urgently. Money that is supposed to go to development is taken by the corrupt. The Church should be leading in this fight and not allow itself to be used to launder money. You are taking money whose source is not known,” Raila said.

Mr Odinga also challenged the church to stop sitting on the fence with regards to the Building Bridges Initiative (BBI).

“There is double-speak on the side of the Church. A church leader was asking us to bring the clergy on board the other day.  Where were they when Kenyans were giving their views to the BBI secretariat?” Raila posed.

“If there is an issue bothering you, tell us. Church leaders should not be partisan.”

Raila also dismissed a proposal by DP Ruto to hold the BBI referendum alongside the General Elections in 2022.

“This will be the first amendment to the 2010 Constitution. There will be a second, third, fourth, fifth and others. There must be closure to some of these things if we are to move,” Mr Odinga said.

“If you do not want the document, vote against it during the referendum. BBI will offer concrete solutions to our problems.”

Tuesday Football Betting Tips – Great Odds, Best Chances < Previous
The Trending Images This Tuesday Next >
Recommended stories you may like: