The construction time of the Nairobi Expressway has been reduced by another six months, with the China Road and Bridge Corporation (CRBC) expected to complete the Sh65 billion project in a years’ time.

This is according to Transport Cabinet Secretary James Macharia who spoke on Friday during an inspection tour.

The expected date of completion for the project had initially been slated for December 2022 before the Kenya National Highways Authority (KeNHA) moved it to June 2022.

CS Macharia said the date has now been moved to December 2021.

“We want to gift Kenyans this facility as soon as possible, so we discussed with them (contractor) to reduce the time. They first reduced to two and a half years, but now we have agreed with them to try and finish the main structures by December 2021,” said the CS. 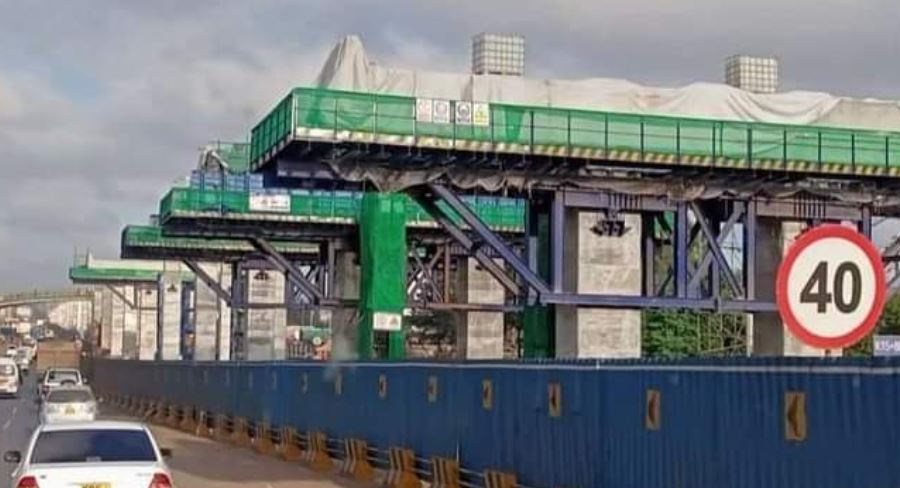 “Most cities are making a lot of infrastructural investment to attract new investors and we do not want to be left behind. We are seeing this project as an integral part of not just our transport system but overall infrastructural development and that is why we are doing it in conjunction with what is happening at the Jomo Kenyatta International Airport and the railway system.”

Toll charges will be kept in a special fund to finance maintenance of the highways and repayment of other roads built by private contractors but fail to generate enough funds to pay investors due to a low number of users.

The Trending Memes and Tweets This Tuesday < Previous
Second Zonkey Born To Zebra Mum, Donkey Dad Spotted In Kenya [PHOTOS] Next >
Recommended stories you may like: