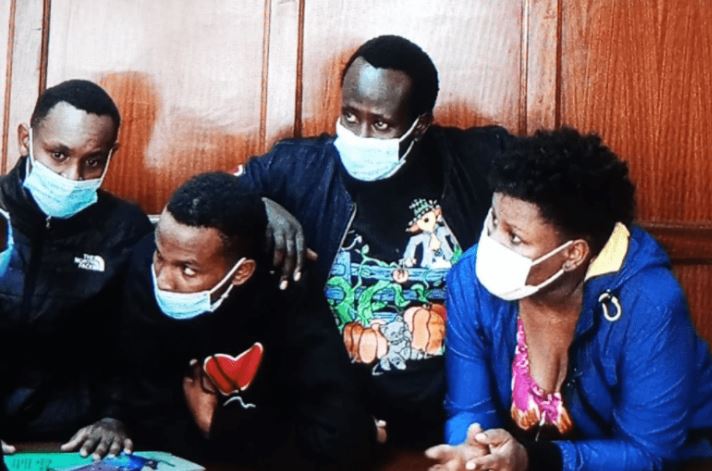 A court has ordered four suspects alleged to be the organizers of a teen party in Nairobi’s Mountain View Estate to be charged with, among others, child trafficking.

Milimani Law Courts Senior Resident Magistrate Caroline Muthoni issued the directive on Tuesday. This after he declined the prosecution’s request to have the suspects detained for a further five days to complete investigations.

Millicent Kithinji, 41, and her co-accused David Kibe Wambui, George Kamau Muthoni, and Michael Murega were instead detained for one more day.

Magistrate Muthoni said what is remaining for the investigating officer is recording statements with the suspects and forensic analysis of the gadgets taken from them, which she said can be done after they are charged.

“The suspects to be presented before court on December 3, 2020 for plea taking,” the Magistrate ruled.

The suspects will be charged with child trafficking, exploitation of children, exposing children to pornography among other charges.

First Lady Margaret Kenyatta Rallies Stakeholders To End HIV in Kenya < Previous
Wealthy MP After COVID-19 Scare, “I Learnt That Being Rich Is Not Materialistic” Next >
Recommended stories you may like: