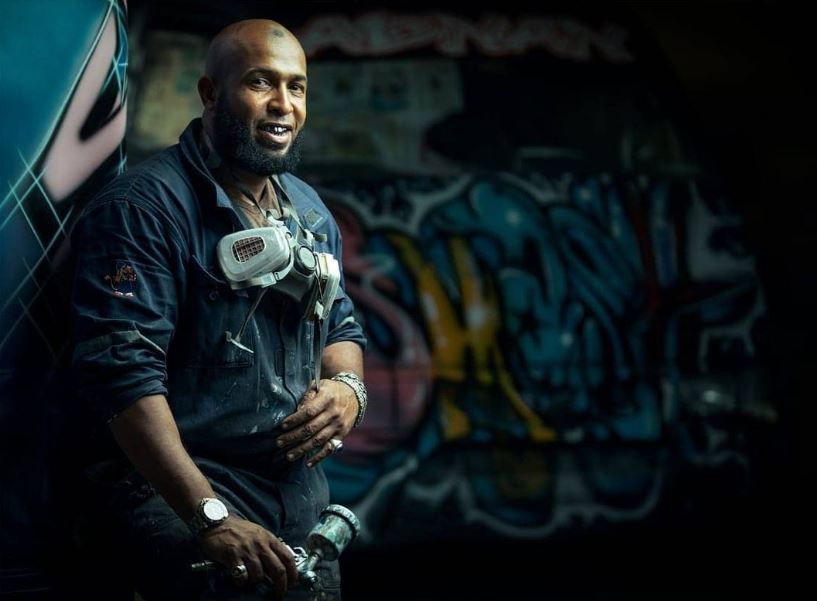 Mohammed Ali, or Moha as he is popularly known, is regarded as one of the pioneers of pimped-up Matatus in Nairobi.

He narrated his 15-year journey to becoming the go-to artist for pimping matatus.

You will not believe it, but I had no business plan. I was just another bored youth working as a hardware salesman. I performed badly. All I knew was that my passion lay in art and the job of being a salesman never gave me any drive. When my boss saw that I had no drive for his job, he gave me my salary, about Sh4,500, and let me go. I went to a nearby garage where I met a friend who needed his vehicle decorated.

Sadly, my first independent job was a disaster. In fact, they rubbed off my work from the vehicle and as fate would have it, I was paid nothing. That was around 1999. I went back home depressed. Then I went from garage to garage looking for work I knew little about. A friend called me to his garage and told me his in-house designer was away. I was again given a bus to decorate. It took me a month to do the job through trial and error.

In 2004, I worked on a job that turned out to be my big moment. I painted a 14-seater matatu known as Ganja Farm where we put the huge rear wheels that raised it somewhat. It became an instant hit. But contrary to expectations, I made no more than Sh1,500. In fact, I never made money for close to two years, but my name was being noticed through subsequent referrals that more than compensated for the little cash I made. 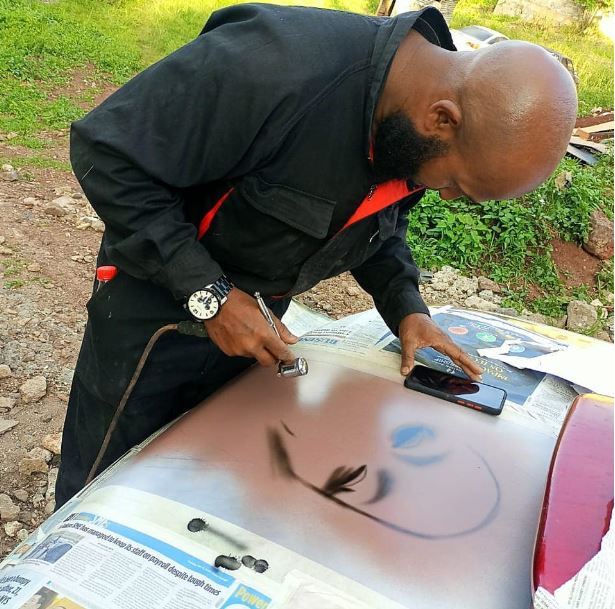 I made poor business decisions in those early days that sunk any little profits I earned. For example, I would subcontract painting jobs to others without looking at how that would shrink my profit margins. So I ended up paying the third party more money than I made. In addition, I would not know when they did a good job because I was not a proficient painter.

That, however, made me determined to learn more about the job. For example, after watching how the painters did the job, I determined that I was going to paint the next vehicle myself. That is how I sealed the loopholes that were hemorrhaging my cash. Lesson? Never be afraid of failure. I learnt that I had to fail in order to succeed at some point. You failed yesterday so that you can make today better.

From a one-man show to a team

Initially, I worked all alone. But later the business grew to a point where I had over 45 young people working for me, well, before Covid-19, but reduced the workforce to 10 people. At the height of the business, we would work on 10 matatus a week. I have also trained about 200 young people over the years. I charge about Sh50,000 to train a person depending on the time taken. That is some additional cash into the business.

Marketing? I have never had a formal marketing strategy. Actually, I am my own marketer usually through my social media posts. Then there is word of mouth from satisfied customers. The good thing about my work is that you see it all the time. Just stand along any matatu route and my “billboard” will zoom past you. In any case, I never went to school beyond Form Four. 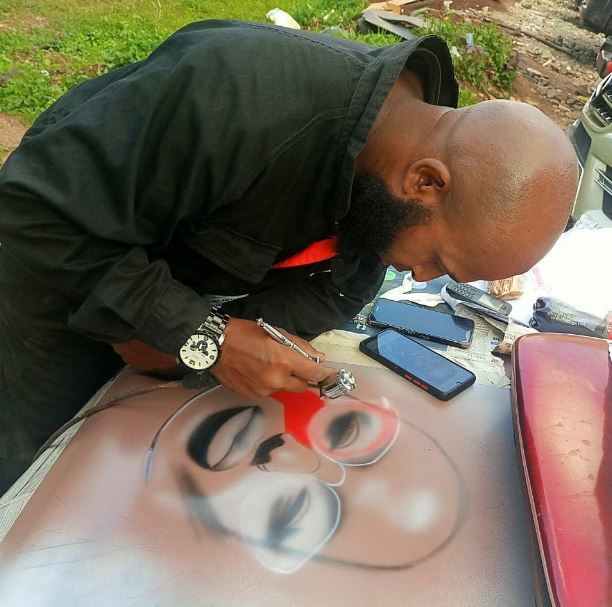 The secret to success

Always lead from the front. If you come to the garage, you will always find me in overalls and it will be difficult to distinguish me from the other workers. It is easier for them to take my instructions because they can see me living what I am preaching. If you are in business, however small, be like a general who leads his troops from the front. Be ready to take the bullet for your team rather than put the inexperienced soldiers in the battlefront. You will not inspire them if you are coming from behind.

Initially, I trusted people too much. I would work on a client’s vehicle then he ends up taking off with my money with promises of paying later. Some never did. That meant all those who worked on the vehicle had to go home empty handed. Today though, you cannot take the vehicle from the workshop without full payment. In fact, I take a 75 per cent deposit just to cushion myself and my workers.

Graffiti is not cheap

Some vehicle owners spend between Sh500,000 and Sh2 million depending on the amount of transformation required. Of course, my profit margins are small. In such a business, do not aim for mega profits and scare away customers. 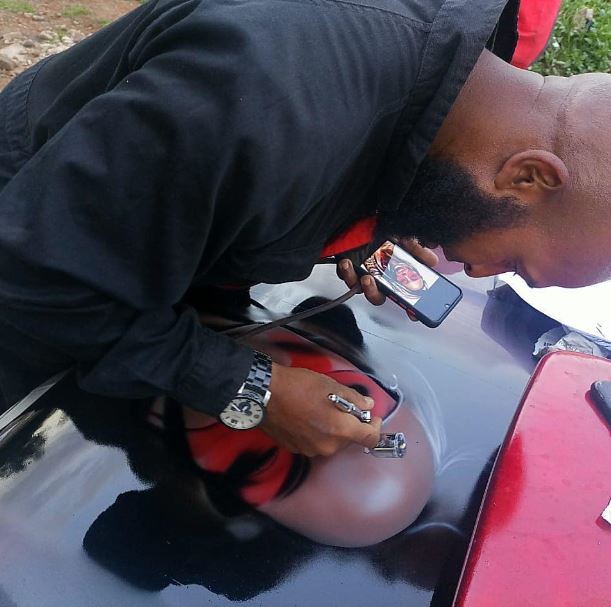 Is there money in art?

Your talent is your strength. Always work to perfect your skills and money will come. You see those young men in town who have learnt to work on ladies’ nails? They are not ashamed of what they do. I work with my hands and got a sharp mind. I have worked as a sweeper in a garage, a matatu driver and a tout as well. My cousin downplayed what I do but today I work on his car.

God once asked the prophet whether a mountain should be transformed into gold so that his descendants would not need to work. He refused. “Give me today and I thank you, I lack tomorrow and I ask you,” he said. If the string is too tight and things are going well, it might just break. When you have little, something is just coming.

I want to expand to Uganda and work on other vehicles in addition to those in public transport. The local market is shrinking because you know I have taught many people who are now doing this job.

It is important to own the land where your business is located since rent for a business can sometimes take up 70 per cent of your earnings. I was in Eastleigh for 18 years and though the rent there was minimal, I stayed too much in my comfort zone. I was not thinking wisely. The owner kicked me out as he had other plans for the property. Then I went to Industrial Area, an expensive part of the city where I was working for rent only. Again, the property owner threw me out. I went to Hurlingham for another two months. Then I was out again. Though we have rented the current premises along Riara Road, my plan is to own my place by end of 2021, inshallah. 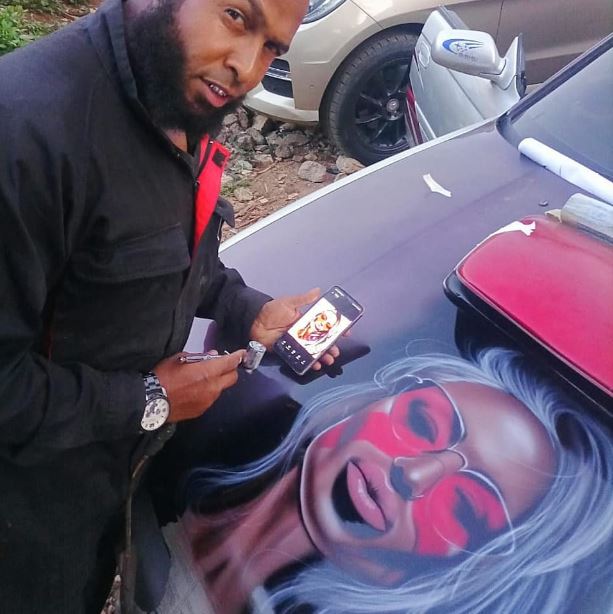 We have had no walk-in customers in the height of the pandemic. Though we applied, no bank thought we were bankable enough. Even my landlord in Industrial Area was not patient with us. I have failed and risen again. But I believe Allah has to break you first in order to make you.

Never be afraid of competition

Competition makes you active. I must always be on my toes as there are others who can do this job now. I work smart, not just hard.

I have met billionaires and poor ones as well. They all want me to do some work for them, either on a bicycle or a limousine. I do not treat the high and mighty with more respect than the lowly ones. I have grown this talent for the last 15 years and this is something I want to help others with.

Any plans to retire?

Not now. I will work till I am old. This is my passion, not just a career.

My Hustle: I Started Banana Yoghurt Business With Sh25K Loan < Previous
CRAZY: Funny Pics/Memes Going Viral on Kenyan Social Media Next >
Recommended stories you may like: