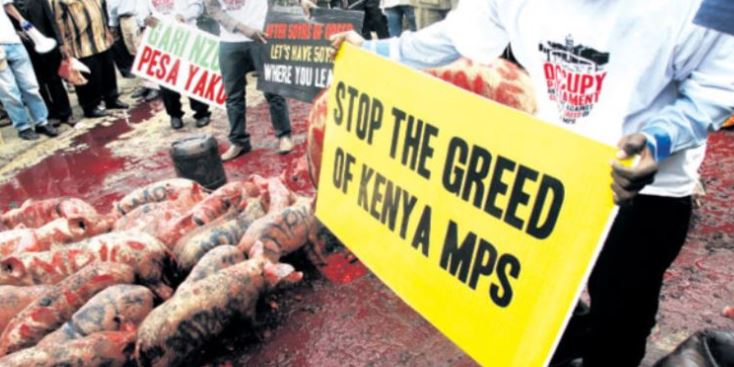 The High Court has directed Members of Parliament (MPs) to refund Sh3 billion in house allowances that they illegally awarded themselves in August 2018.

The court made the ruling in a case filed by Salaries and Remuneration Commission (SRC) and activist Okiya Omtatah. They had challenged the Sh250,000 monthly house allowance that the 416 MPs awarded themselves.

A three-judge bench on Thursday directed the Clerk of the Senate and National Assembly to recover the aforementioned amount in full from the salaries and allowances of each MP.

Justices Weldon Korir, Pauline Nyamweya and John Mativo unanimously ruled that SRC acted within its mandate by directing Clerks of Parliament not to pay the allowances.

The judges found that the SRC directive did not interfere with the constitution independence of parliament and the Parliamentary Service Commission(PSC).

Each MP will be required to pay back Sh7.2 million from their salaries within the next one year.

Everything Trending in Nairobi This Jamhuri Weekend < Previous
NMS Is Offering Free Medical Services In These Nairobi Estates Next >
Recommended stories you may like: