Career Path With Head of Obstetrics and Gynaecology, Chuka Hospital 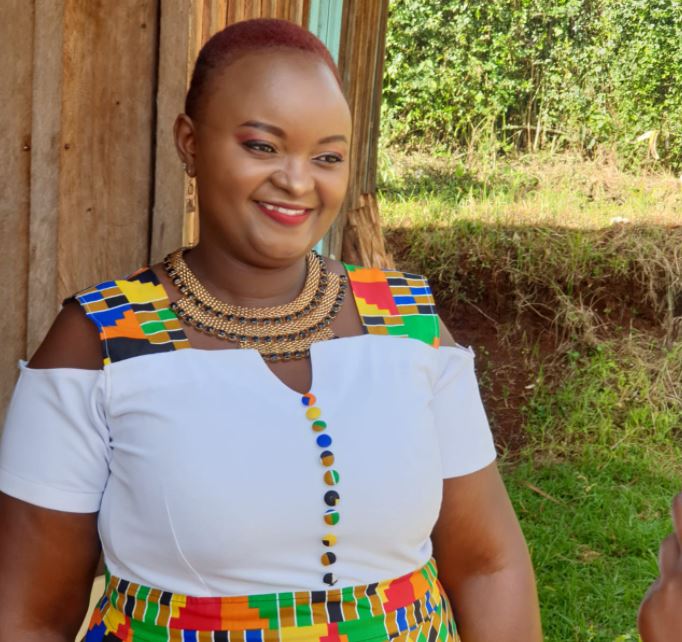 Dr Grace Nyawira Kanyi is the Head of Obstetrics and Gynaecology Department at Chuka County Referral Hospital in Tharaka-Nithi County, a position she has held since January.

Dr Kanyi holds a Bachelor of Medicine and Bachelor of Surgery degree and a Masters of Medicine in Obstetrics and Gynecology from the University of Nairobi. The 32-year-old talked to Sunday Nation on how growing up as an asthmatic child shaped her career path:

“I am a firstborn in a family of five children and was born and bred in Nairobi where we lived up until I was in Class Four before relocating to Nyeri County. I grew up as an asthmatic child which meant spending quite some time of my childhood in hospital corridors. This experience birthed in me a craving and passion to serve in the hospital as a way of service to society. So I was elated when in 2006 I was shortlisted to study Bachelor of Medicine and Bachelor of Surgery Degree at UoN.

After the five-year programme, I interned as a government employee then I was seconded into a mission hospital when devolution happened.

It’s while serving at the hospital that I landed a government scholarship to study master’s. I enrolled in the four-year programme in 2015 and only graduated last year, 2019. This was a period of pure resilience and commitment as the programme is full-time. I had to work, and I also took up some managerial courses in between the tight schedule.

This was a challenging period and it got us discussing in the doctor’s circles the importance of being real with the younger generation.

One needs to understand the level of sacrifice and the amount of hard work, and time you need to put in. It can only work with so much self-discipline and a reliable support system.

Initially, I wanted to be a paediatric cardiologist as my mentor then but that changed along the way as obgyn started becoming very appealing to me given the beautiful end to it.

I have always loved working with girls and women and that’s why I chose to pursue obstetrics and gynaecology and reproductive health at master’s.

The most fulfilling period in my career is the thrill of watching a woman trust the system for nine months at the end of it, she gets to go home with her bundle of joy while the lowest moments come when you lose a mum and or child purely due to system failure – a case in hand, the empty blood banks.

My 30s brought in diabetes and hypertension with them though I view them as a blessing in disguise as I get a chance to eat healthier and exercise healthier early in life. My Doctor, Dr Stanley Ngare, has also been very supportive.

So, while I’m a doctor, I’m a constant patient as well. These conditions have made me understand my patients more.

I am happy serving patients in a public facility. It gives me so much satisfaction to be offering quality and affordable services to the mwananchi.

I would not trade the public facilities for anything else. I am also looking into taking up leadership roles in health care and in policy development.

Man Who Died By Suicide Buried In His Living Room < Previous
My Story: I Mentor Teen Mothers Because I Was One Too Next >
Recommended stories you may like: