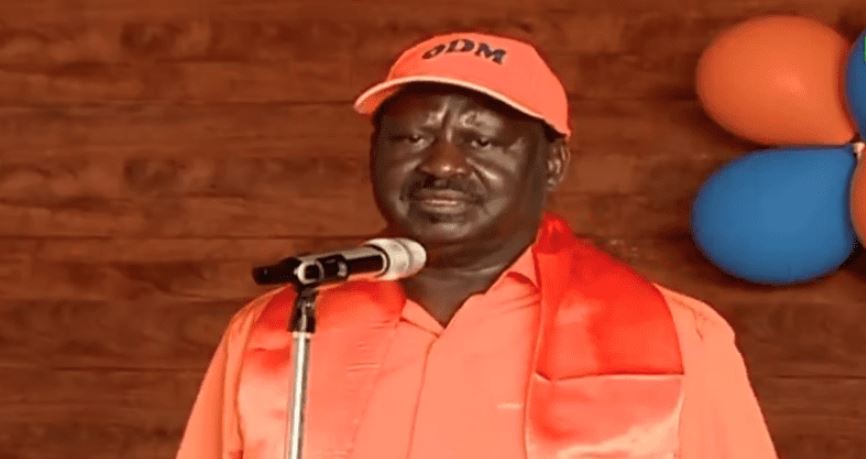 In a thinly-veiled attack at DP Ruto, Raila on Thursday said it was unfortunate that many church leaders have been compromised and are beneficiaries of corruption.

“It is unfortunate that many public servants instead of service delivery, they focus on enriching themselves. Within a short period after their appointments they are bragging of mass wealth and move around dishing money every day,” he said in Kajiado during a sensitization tour on the two-thirds gender rule.

“I want to appeal to our church leaders and Imams that they should not be used as laundry to sanitise proceeds of corruption…we must all unite to condemn corruption.”

The ODM leader said it is time for churches and mosques to redeem themselves. He called on the clergy to rally their congregations to support the BBI which he said seeks to ensure more money is channelled to the grassroots.

The African Union Special Representative for Infrastructure also spoke out against youth being led astray by leaders pretending to be speaking for democracy.

“It has been a long journey since independence,  we need to unite and save our youth who are being strayed by wolves in sheepskin. We cannot allow such wolves to devour our youth, we have a war that we need to bring everyone on board,” he said.

At the same time, Raila Odinga took a dig at Ruto’s ‘Wheelbarrow’ campaign saying handouts are not the solution to joblessness.

“For Ruto to claim he will liberate the youth from poverty by giving them wheelbarrows without showing them the work they will do is quite misleading,” he added.

“He is a hypocrite out to hoodwink the youth into following him blindly. About 75 per cent of Kenyans are youth under 35 years of age, and these are the people the hustler nation is targeting. It will be disastrous for them to join his bandwagon.”

Everything Trending in Nairobi This Friday < Previous
Kenyan MPs To Shoot ‘Jerusalema’ Dance Challenge Next Week Next >
Recommended stories you may like: