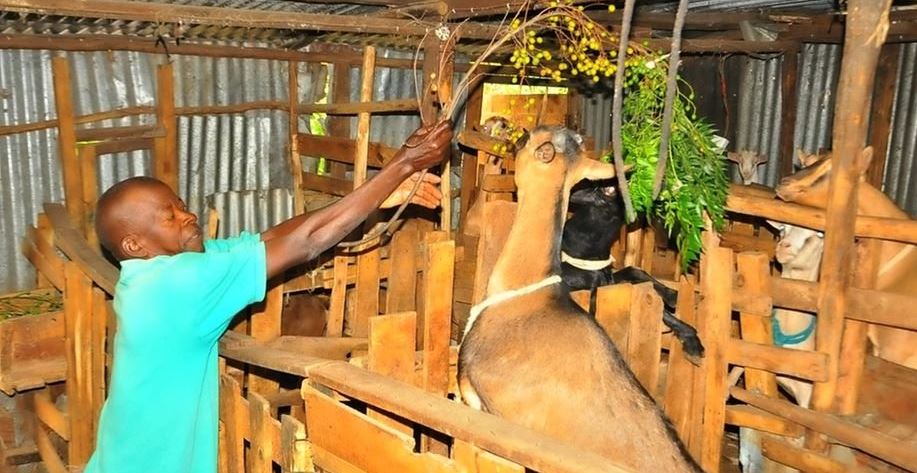 In 2012, Francis Wachira erected a shed on about an eighth of an acre in Nairobi’s Maringo Estate next to his rented house to start dairy goat farming.

He started with one goat and 8 years later, his urban dairy goat farm now hosts 40 animals out of which he milks 25. Wachira spoke to ‘Seeds of Gold’ about the pros and cons of keeping livestock in the city.

You seem to have found the secret of keeping livestock in the city. What is it?

Yes, if you say so. But I chose dairy goats because cows require bigger spaces and come with more challenges especially when it comes to waste disposal.

My main aim of keeping the animals was to maximise on the little space and produce milk for some income. I worked  as a fruit and juice vendor at Wakulima market in Nairobi before turning to goat farming.

Again, the animals are less capital and labour-intensive.

How many goats did you start with?

I started with one that I bought at Sh15,000 from a farm in Ruai and added another. Today, I have 40 dairy goats kept mainly under zero-grazing.

I keep the German Alpine dairy goats, which were introduced in Kenya in 1994. They are the best for zero-grazing and offer more milk. Other good breeds are Toggenburg and British Alpine.

What do you feed the animals and where do you get the feeds?

I buy fodder from farms in Ruiru and Ruai. However, I supplement with vegetables and green maize leftovers that I collect from the nearby Uhuru market, along Jogoo Road.

Have you leased the land you farm on?

No. The land belongs to the Nairobi County. It is part of the common spaces in the estate.

Does one need a permit from the county government to keep the animals in the city?

Not really. Currently, the bylaws that initially restricted people from urban  farming were relaxed, though they were attempts to restrict farming.

I have not had a problem with county government because I follow all rules.

How do you manage waste or odour from the sheds?

Not far from the animal shed I have a space which I used to manage waste. I deposit it there and sell to farmers, especially from the neighbouring counties.

How do you control inbreeding now that other farmers with whom you can exchange bucks are far?

I must admit inbreeding has been a challenge. But I separate bucks from does as soon as they mature.

And then sell the bucks and even the does to control the population and inbreeding.

How many litres of milk do you produce?

Out of the 40 animals, I milk 25. Each offers me between two and two-and-a-half litres of milk per day.

Cumulatively, the goats produce an avarege of 50 litres of milk daily. I sell a litre of milk at Sh150.

The price of the milk appears high, why is this the case?

Well, it is because I produce it in the city where getting things like fodder is expensive. But it is also because goat milk is more nutritious. 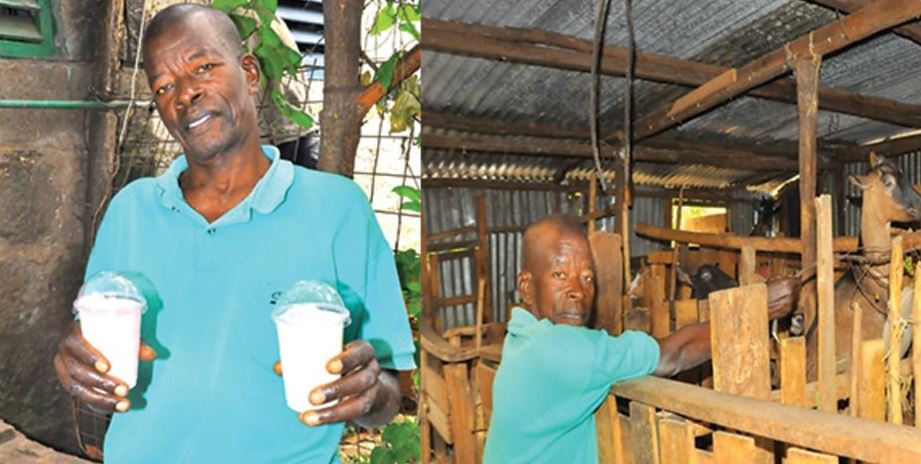 Where do you sell your milk?

Demand is high. Initially, I was selling the milk to one of the branches of Tuskys supermarket.

But now Triple O supermarket (Utawala) and a shop at Thika Road Mall (TRM) buy the milk and still we can’t satisfy the demand.

The rest of the milk I sell to walk-in customers and neighbours. I also make yoghurt from some of the milk, which I sell at Sh300 a litre.

What is the biggest challenge of keeping dairy goats in urban area?

There is scarcity of veterinary officers since the city is not largely a livestock zone.  Another challenge is that getting fodder sometimes is challenging, especially during dry periods, so I have to rely on vegetable waste.

There are people who fear taking goat milk because of its smell. I wish Kenyans do research and change their attitude to keeping dairy goats.

What lessons have you learnt from the venture?

What advice can you tell anyone who wants to keep goats in the urban area?

One should identify and get space for farming, be sure where he or she will be buying the fodder for the goats and the market for the finished product.

Where do you see your venture in the next few years?

I’m planning to move to Ruai where there is bigger space. I will increase the number of goats to triple my milk production.

I would also like to own a goat milk plant whereby people can be coming to buy the milk in bulk and distribute it to other areas.

Career Path With High Court Advocate and CEO of On Point Advisors, Rachel Muthoga < Previous
The Trending Pics in Nairobi This Monday Next >
Recommended stories you may like: