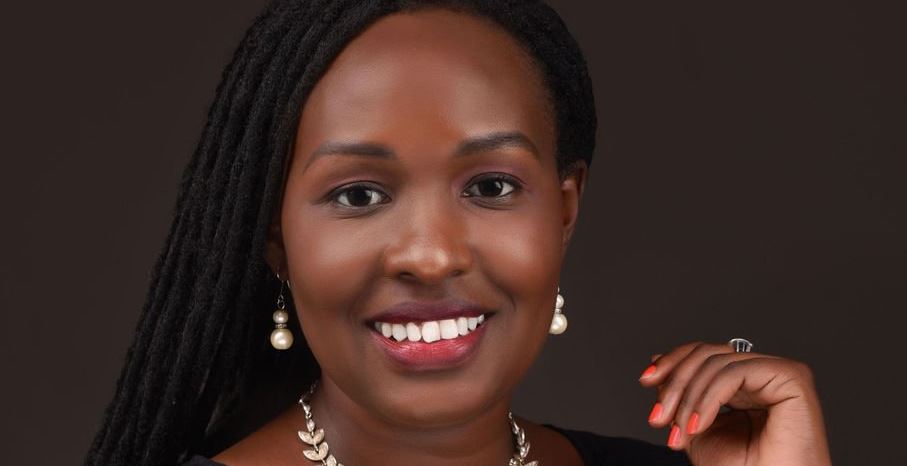 Rachel Muthoga is an advocate of the High Court and the chief executive officer of On Point Advisors. After being employed for over 10 years, she left a very well-paying job to pursue her passion

She studied law (LLB) at the University of Nairobi, and a masters (LLM) in international legal studies with a focus on Human Rights in Washington DC at Georgetown University.

She shared her inspirational career journey with the Nation.

I am the second born in a family of four. I grew up in Nairobi, raised by a single mum — she raised all four of us but we have a relationship with our father.

I was raised by a very strong mother who worked very hard to give us the best life, but also made sure she gave us discipline. Now in hindsight, when I look back I think the most meaningful thing she instilled in us is that your opinion matters and you are important to the universe. Like back then in primary School, if she needed to transfer us to a different school she would sit us down and ask about our opinion. This is one thing that has stuck with us.

I attended Visa Oshwal Primary in Parklands, then went to State House Girls, again in Parklands, and later joined the University of Nairobi, School of Law for my law Degree. I was admitted to the bar in 2006.

I worked at the Law Society of Kenya as a programme manager until 2008 when I joined the US Embassy in Nairobi as a legal assistant to the legal advisor in the department of Justice. It was while working here that I got a scholarship to do my master’s degree in law and international legal studies at Georgetown University in the US in 2010.

I have used my legal background to do work in different sectors where I have been able to follow my passion and do things that I know are both meaningful and interesting. I came back into the country in late 2011 and secured a position with Physicians for Human rights, started off as the country’s founding director since the organisation had never had an office in Kenya. I was basically building on what I had learnt and done in the US.

After years of building and setting up, I felt I needed a job that would take me closer to the community that I sought to serve. I have a specific interest in young women and I look to develop them to the leaders they need to be. So I found this organisation headquartered in Kilifi called Moving the Goalposts that was of interest to me as they focus on women and young girls.

I parked my bags and left for Kilifi to serve as the CEO. This is a job I thoroughly enjoyed as it involved interacting directly with the beneficiaries. I served there for four years till I felt the urge to grow my career. When it was time to leave, they asked me to be sitting in their board. I still do.

As I was planning to come back to Nairobi, I learnt that the Kenya Private Sector Alliance (Kepsa) was growing their capacity in the executive’s office. I saw this as an opportunity to grow, so I joined the organisation and started off as the head of Public Private Dialogue department. I was later elevated to deputise the CEO while also overseeing the day-to-day management of the institution.

Most people ask how I transitioned from human rights to the private sector but for me it came naturally. In my mind, it was clear since I had always done advocacy work, so here I was still doing advocacy but on a different platform. Here I was able to see how the decisions we make as a nation impact on the community I had previously served. So, having an outlook on both angles, having worked with the community and now sitting in meetings where crucial national decisions were made enabled me to have a 360-degree view on issues.

After serving as assistant CEO at Kepsa for two years, it was about time to make a tough decision and leave employment. So towards the end of last year, I left and decided to start a business in 2020 – On Point Policy Advisors. I have been focusing on policy advocacy which is what I have done for most of my career. Being self-employed means I can pick and choose the kind of issues I want to be involved in. I am very diverse and I like this kind of freedom because I am able to help clients in different areas.

Handling a start-up in 2020 hasn’t been particularly easy. I had to hold some of the plans we had when I started off in January, but I can also say I’m grateful because initially, I was involved in high-pressure jobs but now with the pandemic I just took some time to rest and re-strategise. In the same wave, I have recently become an associate at BSD and it came about because the owner, Eva Muraya, was re-engineering her business post-Covid.

I have had both external and internal highlights in my career. The physical ones include being listed among the top 40 under 40 women in 2015 and being awarded the International Olympics Committee Trophy Award for Africa. But a large part of satisfaction comes from seeing the impact of our work and being able to work with others to transform an idea into an actual thing.

I’ve also encountered quite a number of challenges in my career, the most memorable one is when I was the CEO at Moving Goalposts and the bank we were banking with went down with all the money. It was an uncertain time, not knowing if we would ever get the money and when but I had to face the employees with an answer. It was quite difficult but we overcame. I also tend to face a lot of sexism and ageism challenges along the way. But by being brave and owning my voice, I get through this.

Parting shot to the youth: Education is very important. Take it seriously but also follow your passion. It’s not always about the certificates. Find a balance between the two, think of a way of monetising it and give it your very best. Also, surround yourself with people who understand and support your vision. All my career I have had mentors and career sponsors and I try to be the same to the young people.

Hilarious Posts by Kenyans on Social Media For Your Monday Blues < Previous
My Hustle – I Started Dairy Goat Farm in the City With Sh15,000 Next >
Recommended stories you may like: