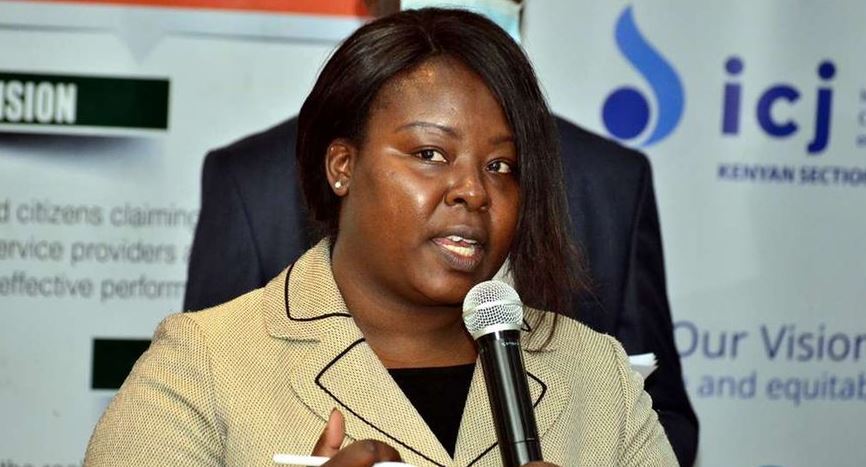 With more than 10 years of work experience in media, outreach, governance and programme management, Sheila Masinde is the Executive Director of Transparency International Kenya.

She holds a Master of Arts in Communication studies from the University of Nairobi and Bachelor of Arts degree from Kenyatta University. She talked to the Sunday Nation about her career path.

“I am the second born and only girl of four children. I am married with a soon to be a four-year-old boy. When I get home, I get into my son’s territory, he is the ‘Executive Director’ at our home. They literally control your decisions and actions at that age. Motherhood has shown me the things that truly matter in life, family and love. Any other thing is secondary.

My entire primary school life was spent at the Loreto Convent Valley Road. Starting in a Catholic school gave me a strong foundation, the values I cherish and now seek to promote including integrity were seeded there. After primary school, I joined Moi Girls School Nairobi.

No one forced you into early preps here – you chose to sleep until breakfast or wake up early, it was all about your personal drive and effort. It was here that I truly learnt to be independent and self-driven. I later joined Kenyatta University for a Bachelor of Arts in Sociology and English Literature due to my love for creative writing and reading.

I was an ardent writer. I have several handwritten ‘novels’ and plays I penned as a teen; some were awarded. I toyed with the idea of working in the development sector in an NGO for my sunset years. Seems now I will be writing in my sunset years instead as I started off and have been in the NGO world.

Three months before my graduation one of my Sociology lecturers presented my name to the NGO, I Choose Life Africa, which was rolling out HIV/Aids peer education and behaviour change programme at Kenyatta and Daystar universities.

I was hired as a programme trainer for HIV/Aids peer education and publicity, then promoted to the assistant programme manager for the KU programme later.

After almost three years in ICL, in 2006, I applied for a role on Easy FM as a news anchor and was recruited. I worked there until 2008.

The post-election violence of 2007/08 left me so deflated having to report on the conflict with very little psychosocial support then. In 2008, I attended various events on the Agenda Four reforms and realised I needed to be on the other side, setting the agenda for reforms.

The change of job did not come immediately. I first moved to the Digital Division of Nation as online sub-editor before moving to TI-Kenya as an advocacy and communications officer in 2009. I worked there until 2012.

I joined BBC Media Action to work for elections and later devolution programme as Training and Communications Manager. In 2014, an opportunity came up at TI-Kenya for research and learning manager. I returned to take up the position. In 2015 I was promoted to the position of head of programmes until this year when I was appointed as TI Executive Director.

Throughout my career, I have taken up growth opportunities. Going the extra mile to deliver in my work and consistency are key too.

Parting shot: Make integrity, transparency and accountability part of your culture, and victory over corruption will be nigh.

CRAZY: Funny Pics/Memes Going Viral on Kenyan Social Media < Previous
Uhuru: Government To Continue Partnering With The Church In Service Delivery Next >
Recommended stories you may like: