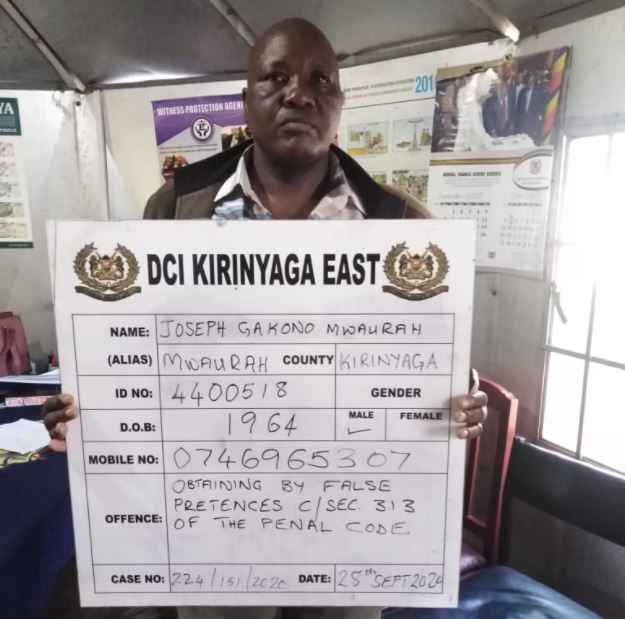 A wanted con artist who has been obtaining money by false pretense in Kirinyaga was arrested Monday by detectives acting on a tip-off from members of the public.

Police commander Anthony Mbogo said the suspect, Joseph Gakono, was on the wanted list following several complaints from the public. The suspect is said to have been on the run after getting wind of his impending arrest.

Detectives who had been trailing Gakono ambushed the suspect Monday afternoon while he was in the process of selling two Ostrich eggs for Sh600,000.

According to police, several of his victims said they had been threatened with death for demanding their money back.

Earlier this year, detectives launched a manhunt for Gakono for obtaining Sh98,000 from Caroline Karimi whom he had promised a firewood supply contract at a local school.

The suspect is also alleged to have obtained Sh320,000 from Joseph Mwangi after lying that he would sell him a piece of land in Kutus.

He was arraigned in court on Tuesday with detectives seeking to hold him for two more days to allow his victims record statements.