President Kenyatta: Youth Are A Present Asset, Not A Future Prospect 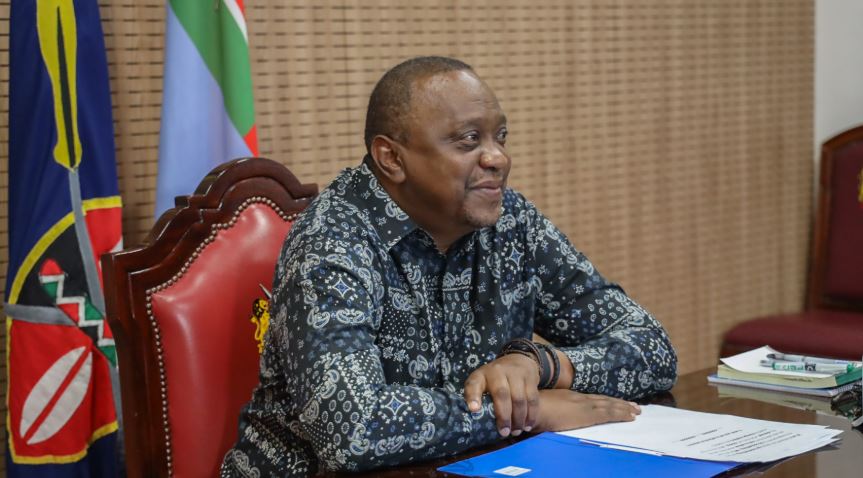 President Uhuru Kenyatta has urged the global community to start viewing and engaging young people as an asset with current value and not as a future promise.

The President said if properly nurtured and provided with the right opportunities, the youth have unlimited potential to become change makers.

He said his decision to appoint young people into top Government positions is a deliberate intervention meant to provide the youth with an opportunity to be mentored and be prepared for more senior positions.

“And this is why in Kenya, I have deliberately appointed young people to the senior rank of “Chief Administrative Secretary”, second only to Cabinet Secretary position.

“The aim is to provide them with the opportunity to be properly mentored and prepared for even more senior positions,” the President said.

The Head of State spoke Tuesday evening at State House, Nairobi during a virtual high level meeting of the United Nations Generation Unlimited.

President Kenyatta spoke on the role of the youth as change makers at the conference that was addressed by several world leaders among them President Paul Kagame of Rwanda, President of the World Bank David Malpass and IMF Managing Director Kristalina Georgieva.

The President told the meeting, also attended by ICT, Innovation and Youth Cabinet Secretary Joe Mucheru, that social institutions, the environment especially the education system and lack of self drive were among the major setbacks impeding the youth from reaching their potential as change makers.

He said the African education system was structured to support agrarian production systems and not the innovations needed in the 21st century.

To address the environmental barriers inhibiting Kenyan youth from succeeding the digital space, the President said his administration was rolling out a Competence Based Curriculum (CBC) and a Digi School initiative.

“Through the Digi School programme, we have provided over one million tablets to children in primary schools,” he said.

On the subject of self-motivation among the youth, the Head of State advised young people to cultivate the right mindset.

“We take the position that the youth must, on their part, have the right mindset; they must appreciate the essence of self-discipline, hard work and integrity. They must believe in creating wealth and not desiring to be rich using short cut methods,” the President advised.

President Kenyatta who is also the UN global champion for young people encouraged the youth to shed their fears and engage in positive activities within their communities.

“Do what you are afraid of, so long as it is positive. If your social institutions and environment limit you, engage them positively,” he said

The UN boss decried the widening global digital divide during the current Covid-19 pandemic terming it, “a crisis within a crisis”.

Mr Guteress challenged young people to step up and lead the struggle for equality in access to global resources including internet connectivity.

On his part, Rwandan President Paul Kagame who is the Co-Chair of the Generation Unlimited Leaders called for the coming together of all stakeholders to generate new ideas for investing in the youth.

Former British Prime Minister Gordon Brown called on the G7 and G20 group of countries to commit USD 10 billion for the expansion of digital technologies while Mr David Malpass said the World Bank was working with stakeholders to address the varied digital needs of individual countries.

Nyandarau Man Kills Wife Before Committing Suicide < Previous
Top Secrets Revealed to Evaluating an Online Poker Bookie Next >
Recommended stories you may like: