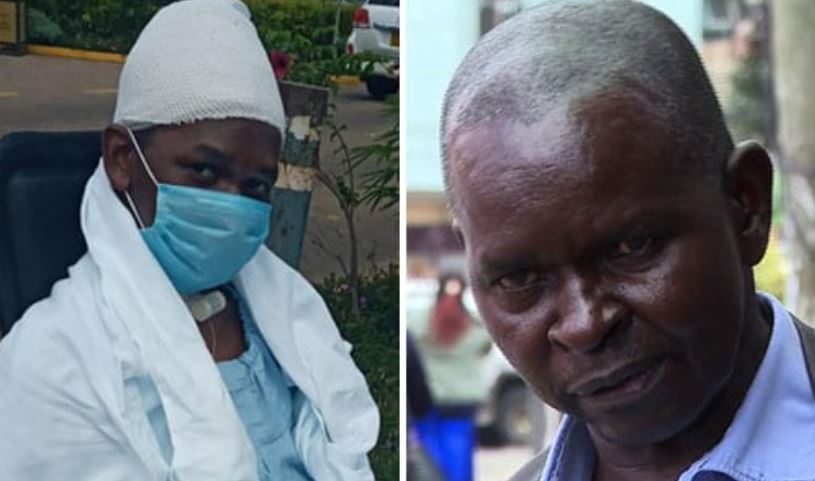 The father of Felix Orinda, popularly known as DJ Evolve, has issued a statement in response to the recent coverage of his son’s health by NTV.

In a video statement released Thursday, John Orinda asked the media and members of the public to let his son be saying the interview aired by NTV had affected DJ Evolve.

Orinda further appeared to defend Babu Owino saying the Embakasi East MP is not as bad as he is portrayed to be by the public. He explained that Babu has been in constant communication with the family and has played a key role in ensuring that DJ Evolve fully recovers.

“We have nurses who are attending to him day and night and it is the MP who facilitates them. So mimi naweza sema sio mtu mbaya sana vile watu wanafikiria…ingawa hatujakutana naye tuongee lakini hajapotea,” he said.

Orinda noted that though his son is still in immense pain, he remains optimistic that he will gain his full health.

“For now all we want is to pray for my son to walk even if not now but someday he will,” Orinda said.

“The MP should also continue supporting us because we don’t have the financial muscle to cater for my son’s bills.”

“I also appeal to the members of the public and especially the media to stop bothering him because it will traumatise him more.”

President Kenyatta Cautions Against Politicising Kazi Mtaani Program < Previous
Boy, 14, Dies While Teaching His Friends How To Commit Suicide Next >
Recommended stories you may like: