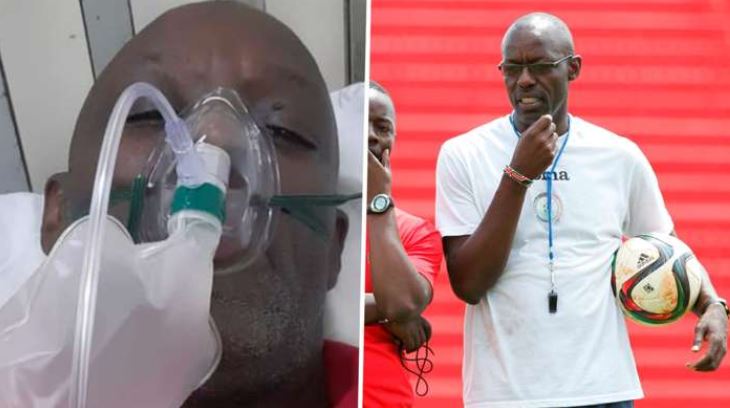 Former Harambee Stars defender and skipper Musa Otieno has been discharged from the Kenyatta National Hospital where he had been undergoing treatment for Covid-19.

“He’s already out of hospital. He is now in a stable condition that’s what I can say as per now. Thanks to all the doctors at KNH, media houses and the public for the prayers,” Barack said in a text to Citizen Digital.

The retired defender is suspected to have contracted the virus during his community service through his Kick off to Hope organization. Musa Otieno was distributing foodstuff to the vulnerable in Maringo area, where he grew up.

Musa, who is self-isolating as per the Ministry of Health guidelines, thanked everyone who stood by him and assured everyone he is feeling much better.

The 46-year-old also played for AFC Leopards and Tusker FC in Kenya, later moving to South Africa where he featured for Santos FC in the South African Premier Soccer League from 1997 until 2011.

He later ventured into coaching and has served as Harambee Stars assistant coach under Bobby Williamson and Stanley Okumbi.

Otieno is also a TV and radio pundit and owns an academy that offers football education to upcoming players.

DPP Suffers Another Blow in Echesa’s Firearms Case < Previous
Fight Over A Tree Leaves Two Brothers With Panga Cuts Next >
Recommended stories you may like: