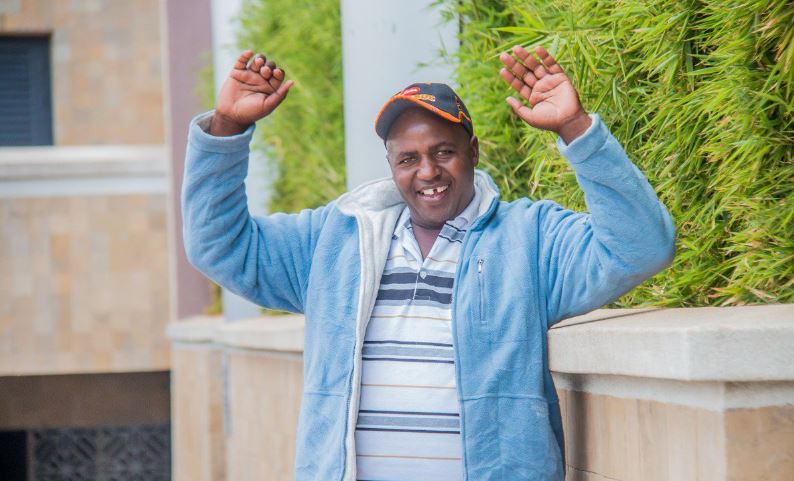 43-year-old Nicholas Kirui from Kuresoi is the first punter to win the Sh15m Betika midweek jackpot since the return of the games due to effects caused by the coronavirus crisis.

Interestingly, Kirui was assured of the millions after Brighton’s late goal against Arsenal in the English Premier League. He correctly predicted 15 games with just Kshs.15 stake.

“When there were no games, once a week I’d entertain myself with virtual and casino games on the Betika platform. However, there is nothing like live games, the adrenaline is different.

“So on 16th May 2020, when Bundesliga was back and Betika announced they will be airing all the games on the live section of their website, I was happy that the games were back and there was a glimmer of hope in these tough times,” said Kirui.

The Manchester United fan added: “EPL, EPL, EPL, that’s where I knew my luck was; I love the English Premier League. To be honest, I spent many hours a day just analysing the weekend games. I took a chance on some teams. I am a Manchester United fan but I’d sell them out if it means earning myself the Kshs.15 Million. 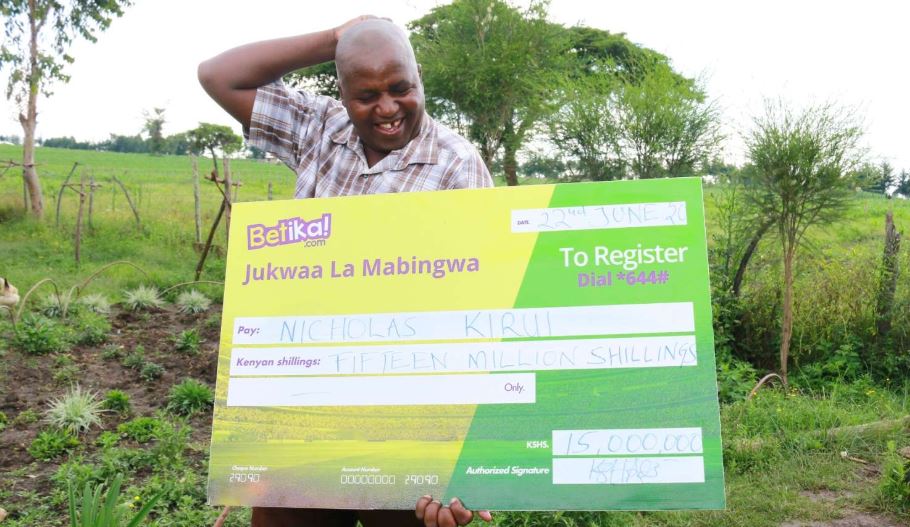 “I stayed up all night watching the games at home with my kids until they went to sleep and I was left dozing off ticking my wins. On the 95th minute, with that last goal by Brighton, I was a second away from being Kshs.15 Million shillings richer!” Mr Kirui remarked.

Kirui plans on securing his family’s future by investing in farming and building some rental houses as his retirement plan.

Last year, Kirui correctly predicted 13 games in Sportpesa’s KSh26,458,899 Mid Week Jackpot but had to share the winnings with two others. He walked away with a cool Ksh8,819,633 just six months after he started betting on SportPesa.

He said he has been inspired by the story of the SportPesa Jackpot winner, Cosmas Korir, who won over KSh208m in September 2018.

“He comes from Bomet which is not far from where I came from and I said to myself, if he can make it, so can I and I started gaming on SMS. With this money, I can now construct a house to live in and start farming new crops,” said Korir in February last year. 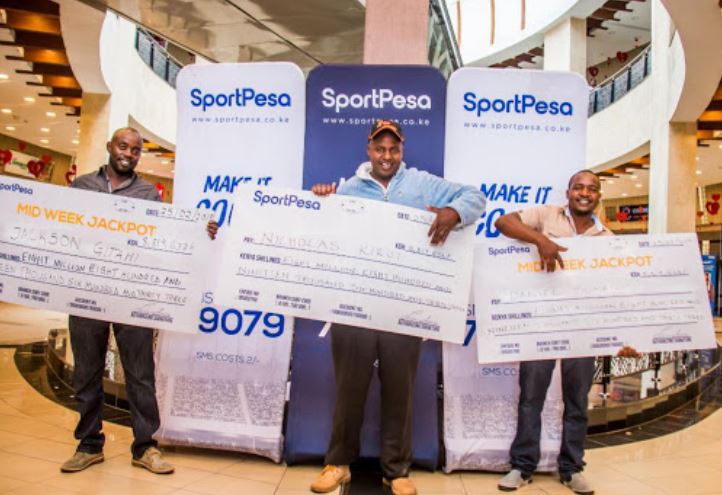 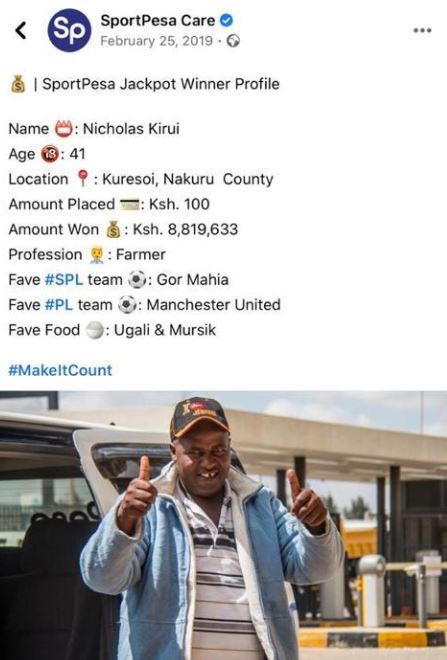 Teen Girl Defiled by 3 Men After Visiting Man She Met on Facebook < Previous
How Covid-19 Has Affected the Future of Gambling Next >
Recommended stories you may like: